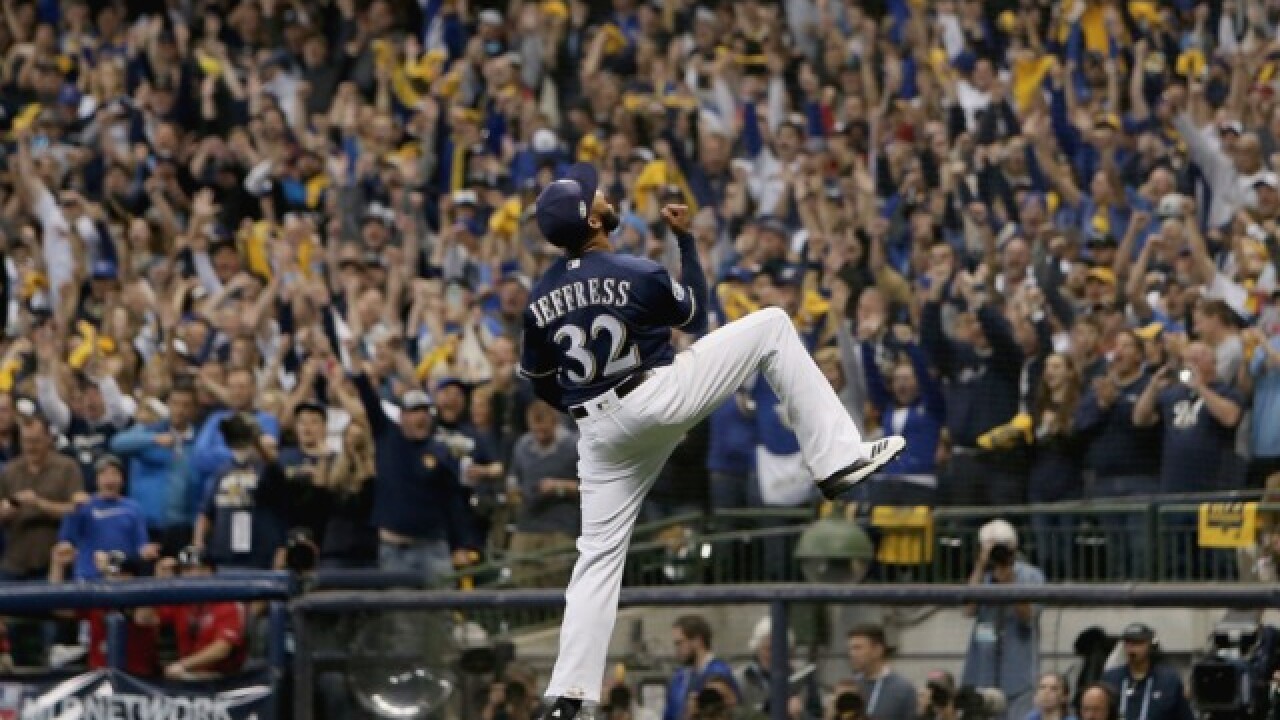 MILWAUKEE (AP) -- Jhoulys Chacin and the Milwaukee bullpen kept in control, Mike Moustakas contributed two more big hits and the Brewers beat the Colorado Rockies 4-0 on Friday for a commanding 2-0 lead in their NL Division Series.

The Brewers won their 10th straight game going back to their impressive finish to the regular season. Erik Kratz had two hits and drove in two runs, Hernan Perez hit two ground-rule doubles and Milwaukee's bullpen closed the door after Chacin delivered in his playoff debut.

Game 3 is Sunday at Coors Field. Another win, and Milwaukee is into the NL Championship Series for the first time since its previous postseason appearance in 2011.

Nolan Arenado had two of Colorado's six hits -- just two more than the franchise playoff low set in Thursday's 3-2, 10-inning loss in Game 1. The wild-card Rockies have scored six times in their last four games, and their potent lineup is showing signs of frustration.

Chris Iannetta snapped his bat in half over his right leg after he struck out with Ian Desmond on third and no one out in the seventh.