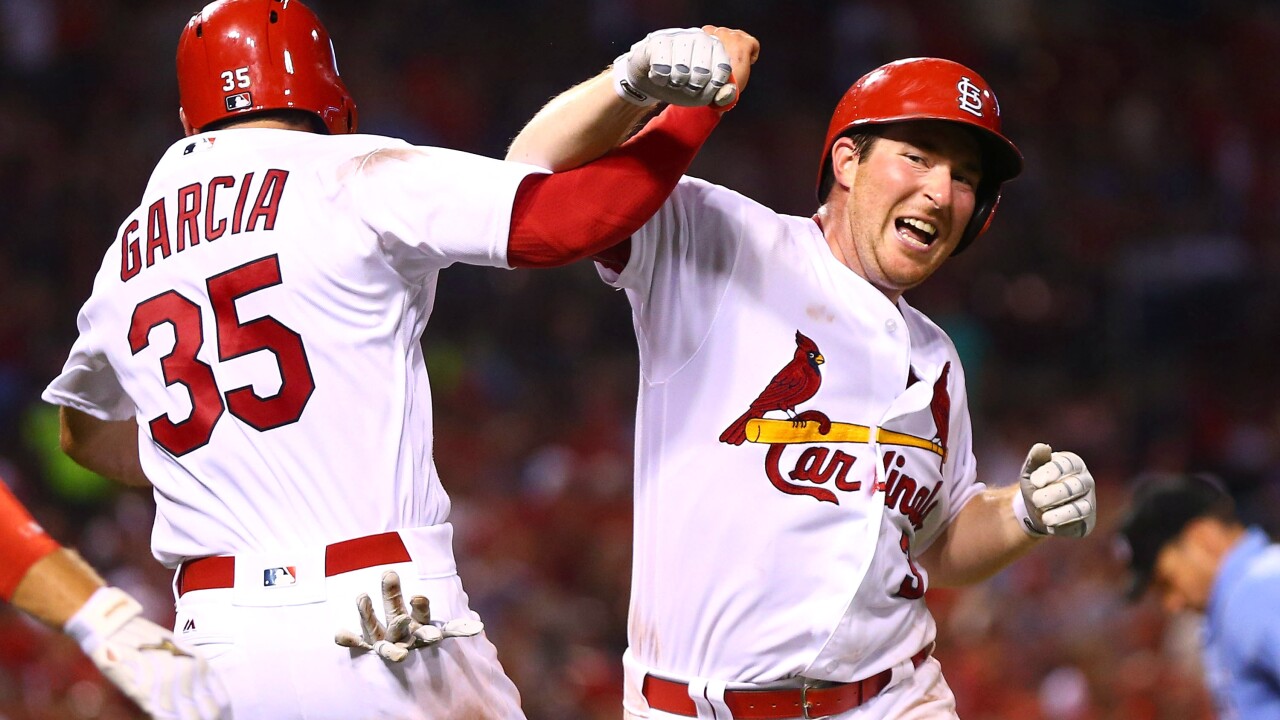 MILWAUKEE — Infielder Jedd Gyorko signed a $2 million, one-year deal Friday with the Milwaukee Brewers that includes a club option for 2021.

He was hampered by injuries in 2019 and batted .174 with two homers in 62 games with the Cardinals and Dodgers. He had been a steady contributor prior to last season and hit 30 homers for St. Louis in 2016.

"We think he fits our team really well with a right-handed bat and the ability to play multiple positions," general manager David Stearns said, adding "we believe he's healthy now."

A right-handed hitter with a sharp defensive reputation, Gyorko is expected to split time with left-handed hitting Eric Sogard at third base after Mike Moustakas and Travis Shaw left Milwaukee as free agents. Gyorko has also played second base, first base and shortstop, although he's unlikely to play much short going forward.

The club settled with catcher Omar Narvaez on a one-year deal but will exchange salary arbitration figures with All-Star closer Josh Hader and left-hander Brent Suter.