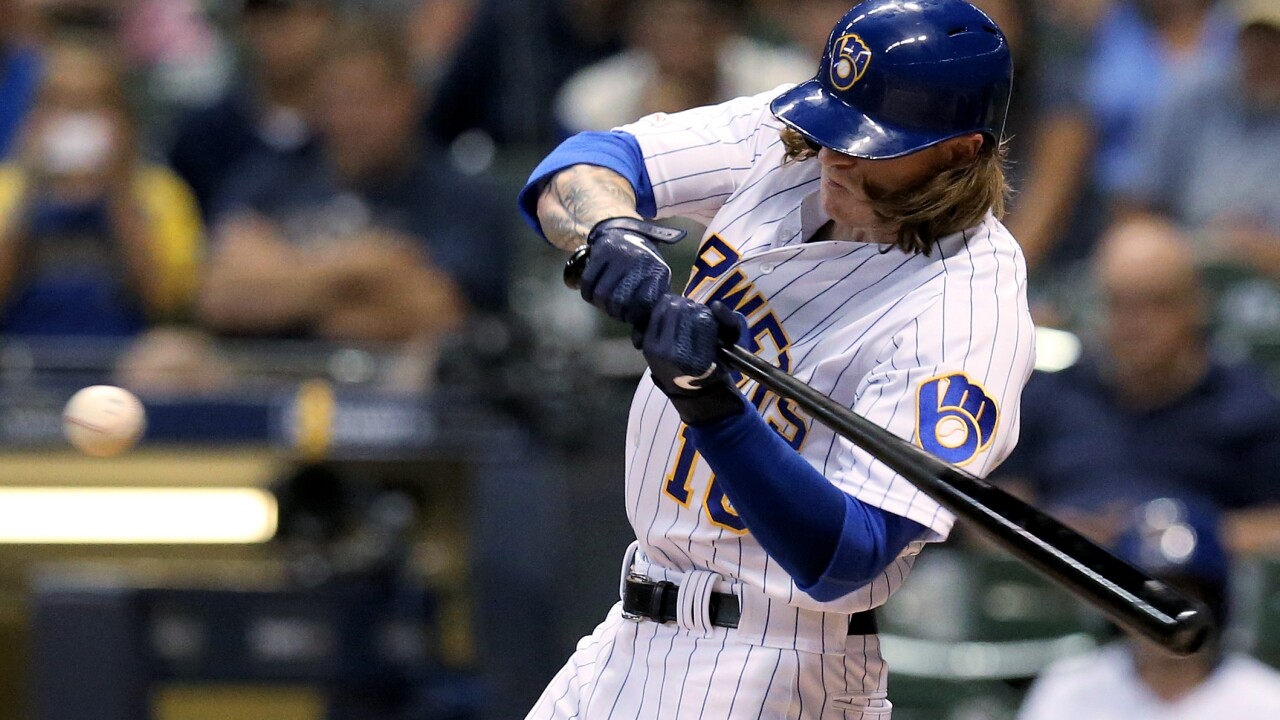 MILWAUKEE (AP) — Ben Gamel hit a go-ahead, two-run single in the eighth inning, and the Milwaukee Brewers rallied to beat Chicago 3-2 Friday night and knock the Cubs out of first place.

Gio González didn't allow a hit to the Cubs until the sixth, when Albert Almora Jr. reached on an infield single and David Bote followed with his 10th home run.

Christian Yelich started Milwaukee's comeback in the seventh when he greeted Brandon Kintzler (2-1) with an RBI single.

Kintzler walked Keston Hiura with one out in the eighth and hit Eric Thames with a pitch. Pedro Strop hit pinch hitter Ryan Braun and, one out later, Gamel lined a single to right-center.

Adrian Hauser (4-4) pitched 1 2/3 hitless innings. Josh Hader worked around Kris Bryant's one-out single in the ninth, striking out two for his 23rd save in 25 chances.

Chicago, which had held at least a share of the NL Central lead since after play on July 4, dropped one game behind St. Louis. Milwaukee closed within a game of the Cubs.

Each team had four hits, but the game took 3 hours, 9 minutes.

González, making his second start since six weeks on the injured list with left arm fatigue, left with left shoulder tightness after allowing three hits in 6 1/3 innings with nine strikeouts and one walk.