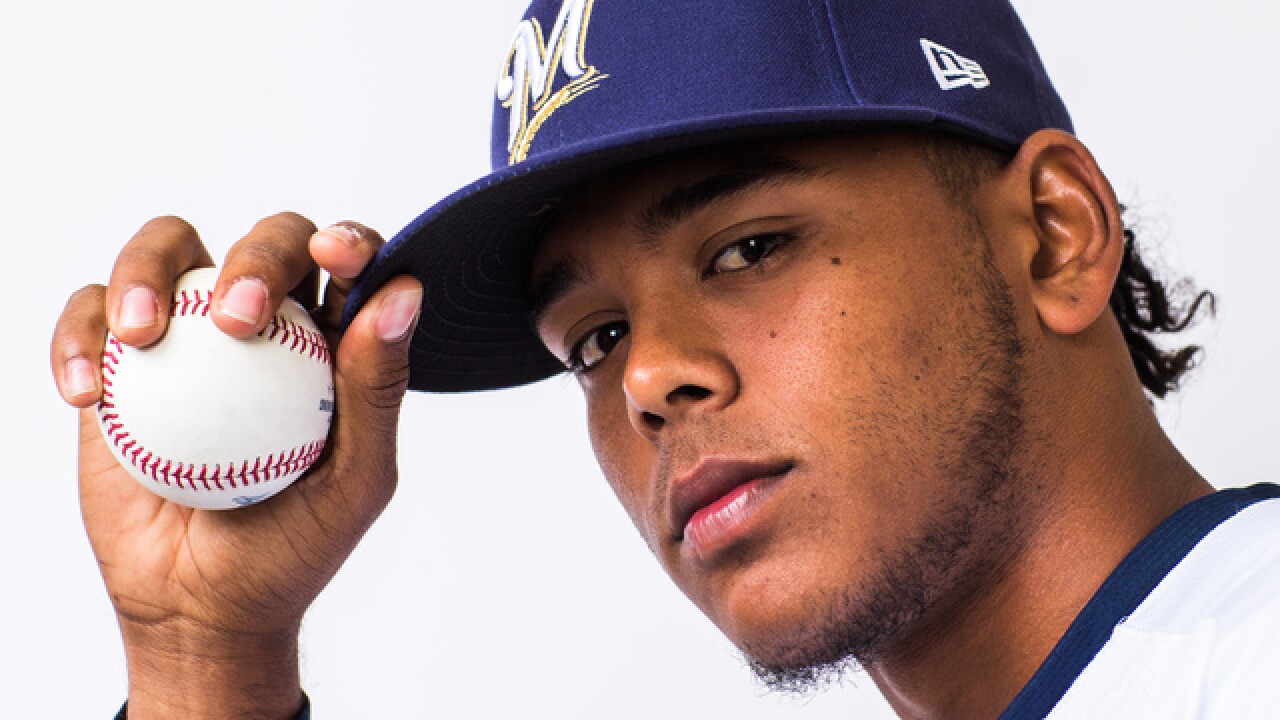 Copyright 2018 Scripps Media, Inc. All rights reserved. This material may not be published, broadcast, rewritten, or redistributed.
Rob Tringali
MARYVALE, AZ - FEBRUARY 22: Freddy Peralta of the Milwaukee Brewers poses for a portrait during Photo Day at the Milwaukee Brewers Spring Training Complex on February 22, 2018 in Maryvale, Arizona. (Photo by Rob Tringali/Getty Images)

Freddy Peralta's parents had never seen the 21-year-old minor leaguer pitch as a professional, so this Mother's Day they planned to take a trip from their native Dominican Republic to Colorado Springs, where Peralta was schedule to start for the Brewers' AAA affiliate Sky Sox.

But last night Peralta never came out to warm up for his start. His parents were confused. They wondered if he was hurt or if something happened in the club house.

That's when Peralta gave them the biggest surprise of their life, he was getting called up to the Milwaukee Brewers.

"Very, very, very happy," Peralta said per a translator. I didn't really believe it ... but it's true. I'm here and we have got to go."

So, the trio loaded up the car and took the conveniently short drive from Colorado Springs to Denver, where the big club is playing the Rockies.

But Brewers reporter, Tom Haudricourt, who relayed the story via Twitter , said they didn't really need a car to get there. They floated the whole way there.

"When I called and told them the news, they couldn't hold it in," Peralta said via translator. "They were very emotional and crying. It was awesome."

Peralta, who turns 22 this June, has been with the Brewers since 2016 after being originally signed by the Seattle Mariners.

Peralta will be the 39th player to hit the field for the Brewers this season and the 22nd pitcher, per Haudricourt. Last year, they used 30 total pitches.

Peralta will wear number 51 and bat ninth in his Sunday debut against a power packed Rockies lineup in the extremely hitter friendly Coors Field.

The slender built young arm has good strike out stuff, averaging 12 strikeouts per nine innings the last two years, but today will certainly be a tough challenge.

However, if his Mother's Day luck keeps holding up, he should have no trouble with Nolan Arenado, Charlie Blackmon and the rest of the Rockies.

But even if he struggles, making his major league debut would the best gift his mother could ask for. Way better than flowers, a card or a phone call.