Lefty struck out 39 batters in 18 innings. 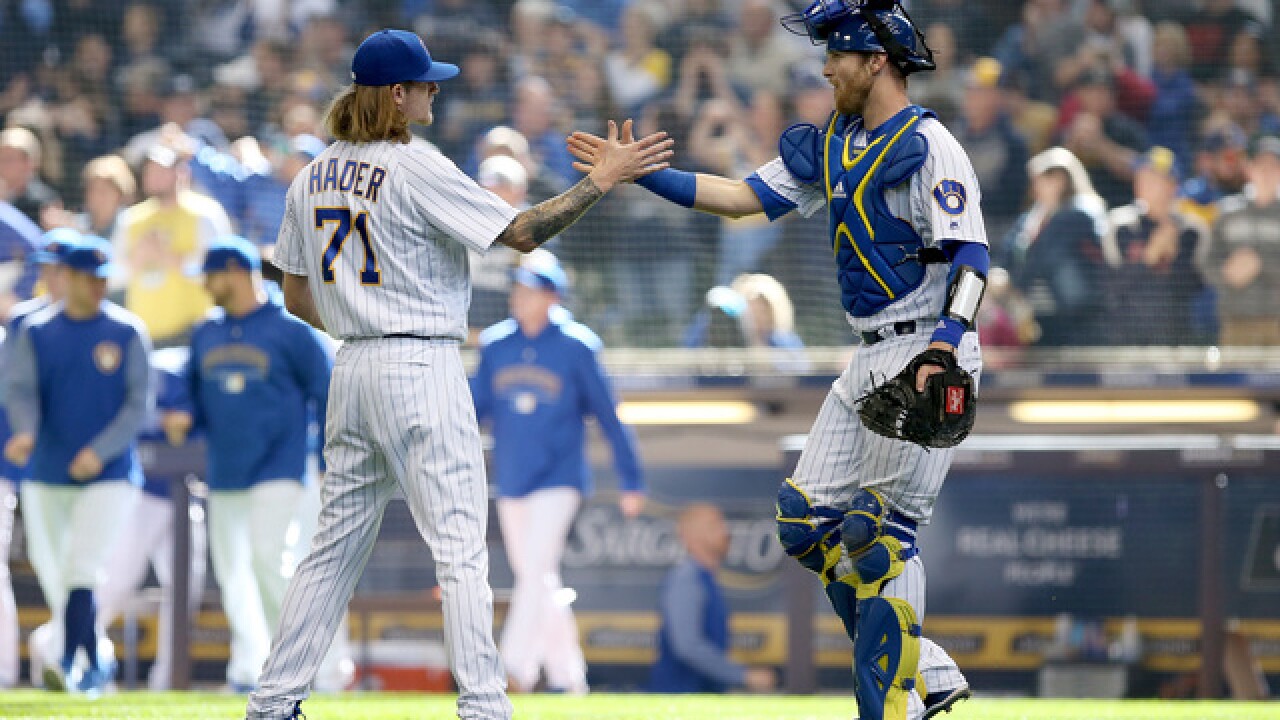 Copyright 2018 Scripps Media, Inc. All rights reserved. This material may not be published, broadcast, rewritten, or redistributed.
Dylan Buell
MILWAUKEE, WI - APRIL 22: Josh Hader #71 and Jett Bandy #47 of the Milwaukee Brewers celebrate after beating the Miami Marlins 4-2 at Miller Park on April 22, 2018 in Milwaukee, Wisconsin. (Photo by Dylan Buell/Getty Images)

He ranks first among MLB relievers in total WAR, strikeouts, strike percentage and strikeouts per nine innings (among relievers with at least 10 innings pitched).

"I've just got to keep it rolling," Hader told Todd Rosiak after the announcement. "Keep helping the team any way I can and keep winning games. Anytime you can have records and stuff like that, it's pretty sweet. But the mind set still stays the same."

He also produced one of the most historically dominant relief appearances in MLB history.

In his last appearance against the Cincinnati Reds on April 30, Hader struck out 8 batters in 2.2 innings. Seven of those strikeouts were swings and misses.

He was the first pitcher since saves became official in 1969 to strike out 8 or more batters in less than three innings of work.

After that performance, Brewer's manager Craig Counsell told ESPN that Hader is unbelievable to watch.

"I don't know what to say about Josh," he said. "Literally, your mouth is kind of wide-open watching it. It was absolutely incredible."

With Brewers closer Corey Knebel on the shelf with a hamstring injury--though he is expected to return soon-- the 24-year-old Hader has emerged as a significant piece in a bullpen that is tied for the MLB lead in WAR.

In 115 innings this season, the Brewers pen has a K/9 rate of 10.80, the second highest in MLB, and Hader has accounted for 28 percent of those strikeouts.