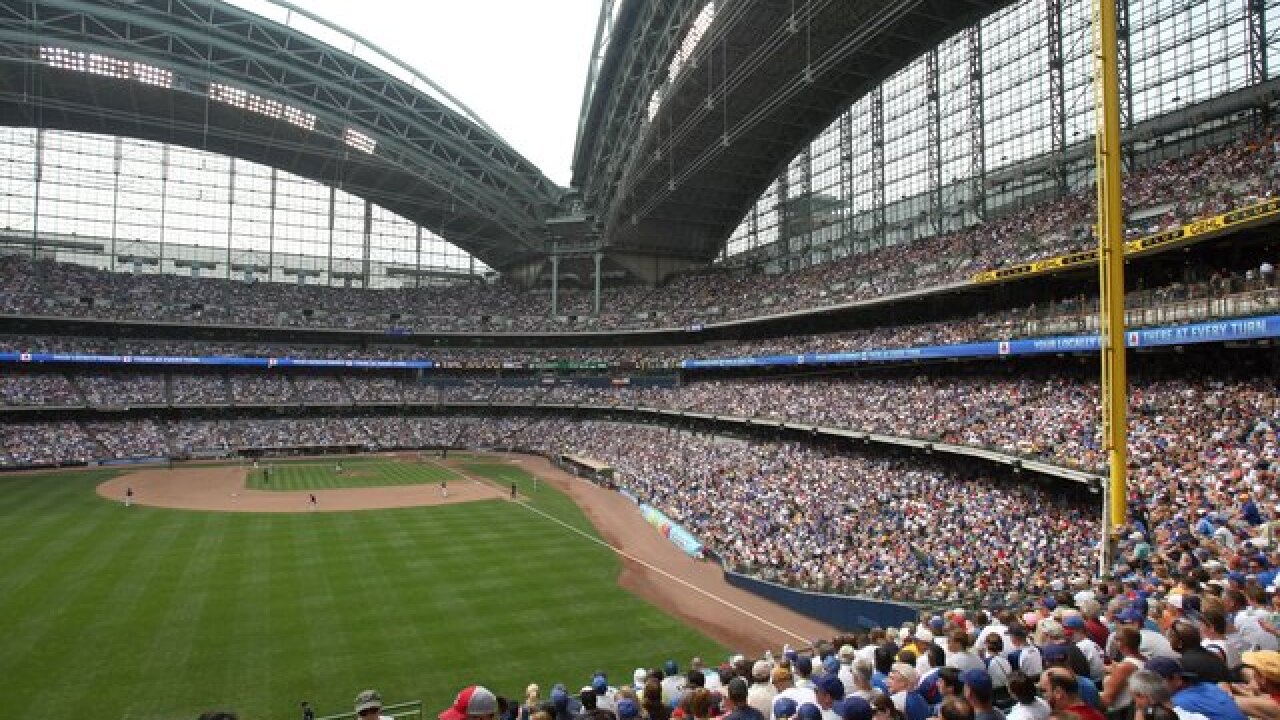 Image copyright 2017 Getty Images. All rights reserved. This material may not be published, broadcast, rewritten, or redistributed.
Jonathan Daniel
<p>MILWAUKEE - JULY 31: A general view of play as the Milwaukee Brewers play host to the Chicago Cubs during an MLB game on July 31, 2008 at Miller Park in Milwaukee, Wisconsin. The Cubs defeated the Brewers 11-4. (Photo by Jonathan Daniel/Getty Images)</p>

MILWAUKEE -- It appears that more Milwaukee Brewers fans are buying into this team than last year, as the team is currently second in the league in boosted attendance since last season.

According to the Forbes.com list of MLB attendance numbers, the Brewers trail only the Houston Astros in the year-to-year attendance differential per game. Currently, the Brew Crew is averaging 4,570 more fans per game than last year at this time.

Miller Park holds approximately 41,900 people, and the Brewers currently average around 33,323 fans per game. Much better than last year's 28,753 people per game.