Brewers fan invites veteran to attend game with him 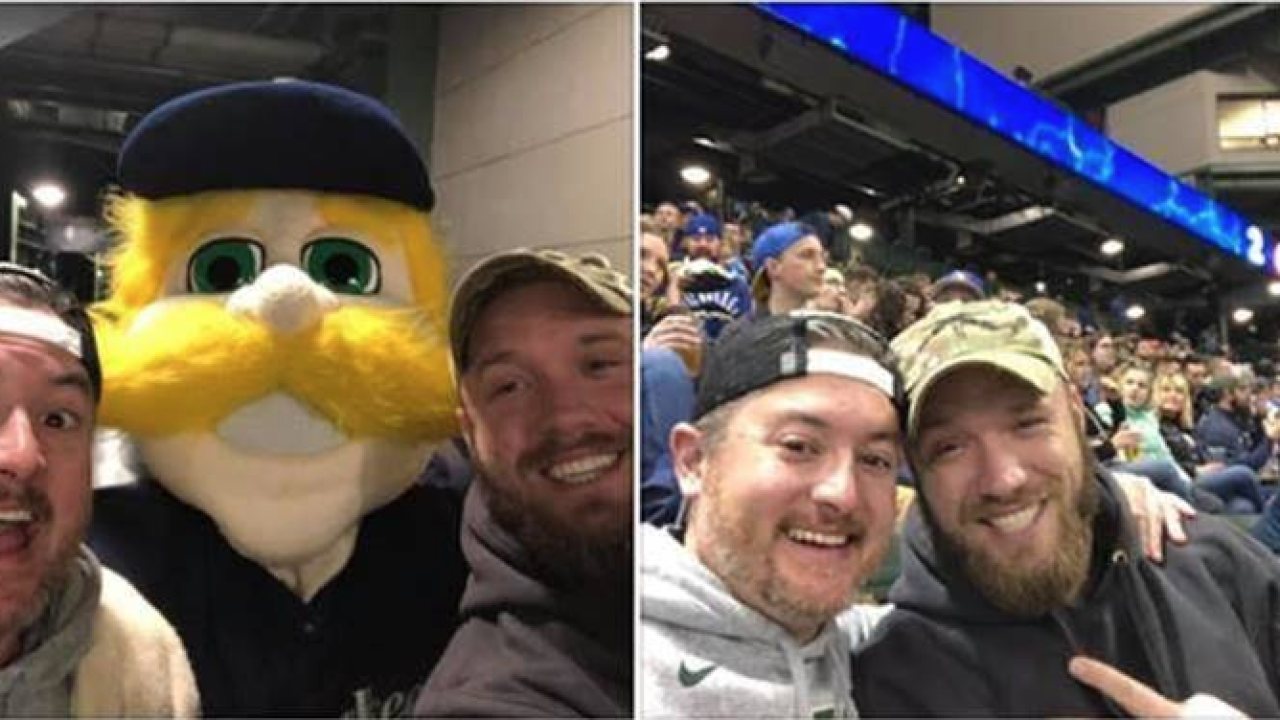 MILWAUKEE — A Brewers fan on a flight back from Kansas City had tickets to Monday's game but no one to attend with.

According to his Facebook post, Brian Orozco had a fun conversation with someone he met on the flight back and ultimately invited him to the Brewers-Rockies game at Miller Park.

It turns out the man he met served two tours in the U.S. military.

It was the man's first time in Wisconsin, and the two had a blast at Miller Park.