This is part of the Brewers giving back initiative 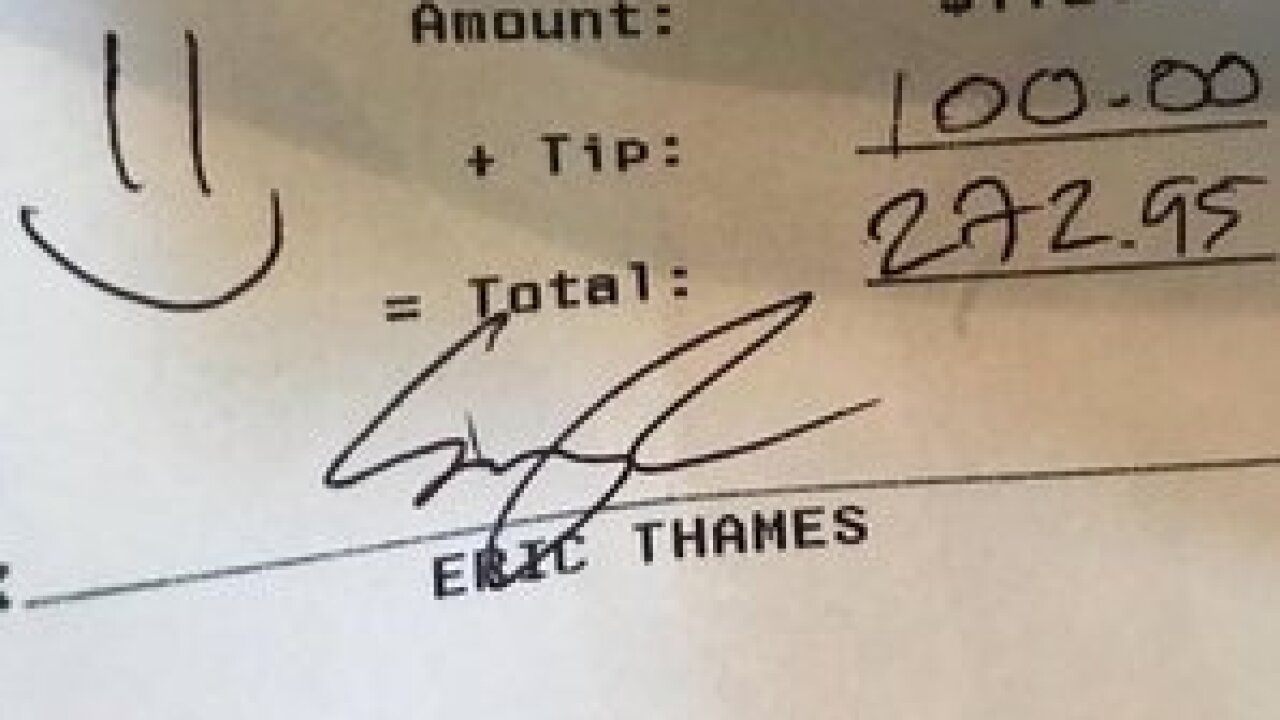 MILWAUKEE -- Well it turns out the only thing bigger than Brewers' first baseman Eric Thames' arms, is his heart.

Thames recently went to Bavette La Boucherie on Milwaukee's Third Ward, where he not only picked up the tabs of other patrons but then also tipped his server $100. Thames even added a 'smiley face' to his bill next to his signature.

The check made its way around Reddit where members of the Brewers' community gave praise to the homerun hitting infielder.

Thames wasn't the only Brewer who gave back as outfielder Ryan Braun and Brewers' owners Mark Attanasio also paid for lunches this weekend all part of the Brewers #KindnessInMKE campaign.

The post referred to Thames as "a very beautiful man" and has been upvoted on Reddit 270 times already.