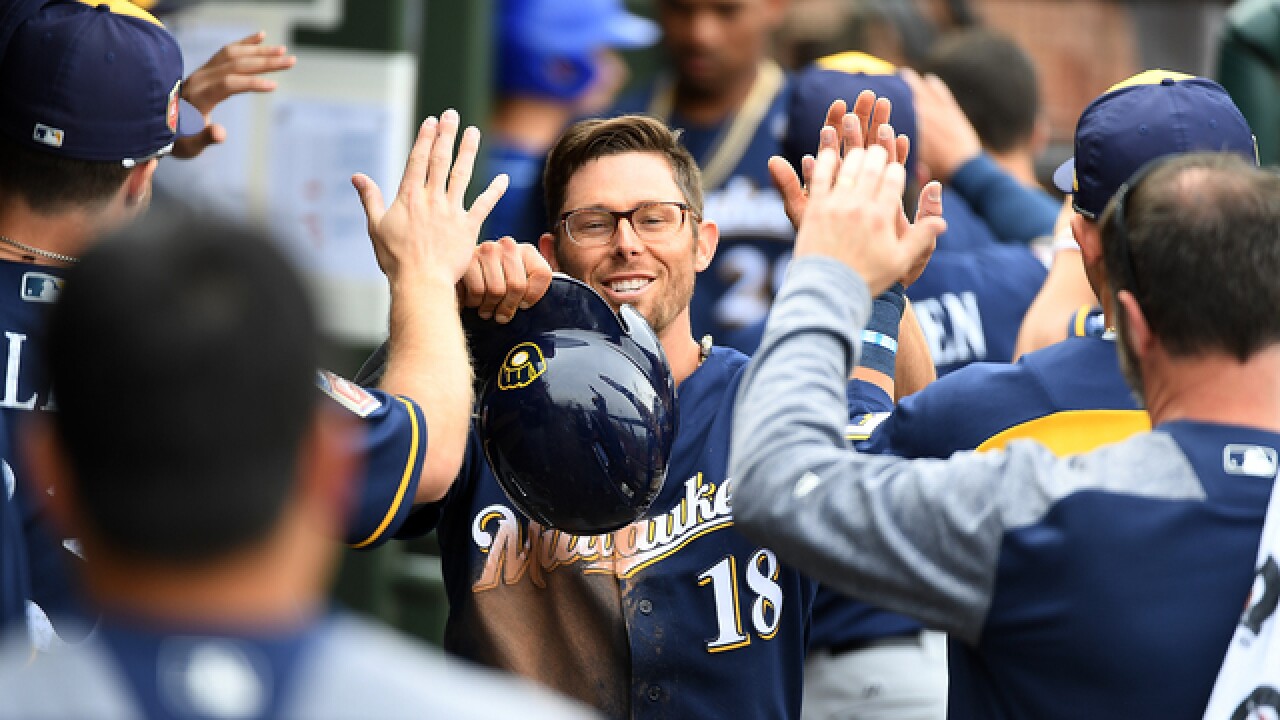 Copyright 2018 Scripps Media, Inc. All rights reserved. This material may not be published, broadcast, rewritten, or redistributed.
Norm Hall
SURPRISE, AZ - MARCH 07: Eric Sogard #18 of the Milwaukee Brewers celebrates with teammates in the dugout after scoring on a double by Hernan Perez #14 during the fifth inning of a spring training game against the Kansas City Royals at Surprise Stadium on March 7, 2018 in Surprise, Arizona. (Photo by Norm Hall/Getty Images)

"Write us off, pass us over, tell us everything we're not."

The Brewers 2018 hype video is daring the rest of the MLB to forget about the Brewers in a top-heavy National League central division.

It seems, even after a surprising upstart season in 2017, the Brewers still feel like underdogs heading into the 2018 season.

The video, released on team's Twitter and voiced by first baseman Eric Thames, was a gray, gritty portrait of Milwaukee meant to symbolize that underdog feeling around the team.

It's the exact opposite of the glitz and glamour surrounding the majors which is anticipated to be featured by the dynamic duo of Giancarlo Stanton and Aaron Judge in New York, Clayton Kershaw in Los Angeles, and the powerhouse Cubs 90 miles south.

"Not soft, not entitled, not complacent, not concerned with what anyone else thinks, not bound by their expectations, not going to settle for second best," Thames said in the video over shots of Wisconsin farmers, kegs of beer being hauled, and Brewers players lifting weights.

Thames ended the video saying, "Not finished, not even close."

It's clear what the Brewers are going for in 2018. They're trying to challenge the status quo of Major League Baseball.

The Brewers start their 2018 season with a three-game set in San Diego before heading home for series against the division rival Cardinals and Cubs.