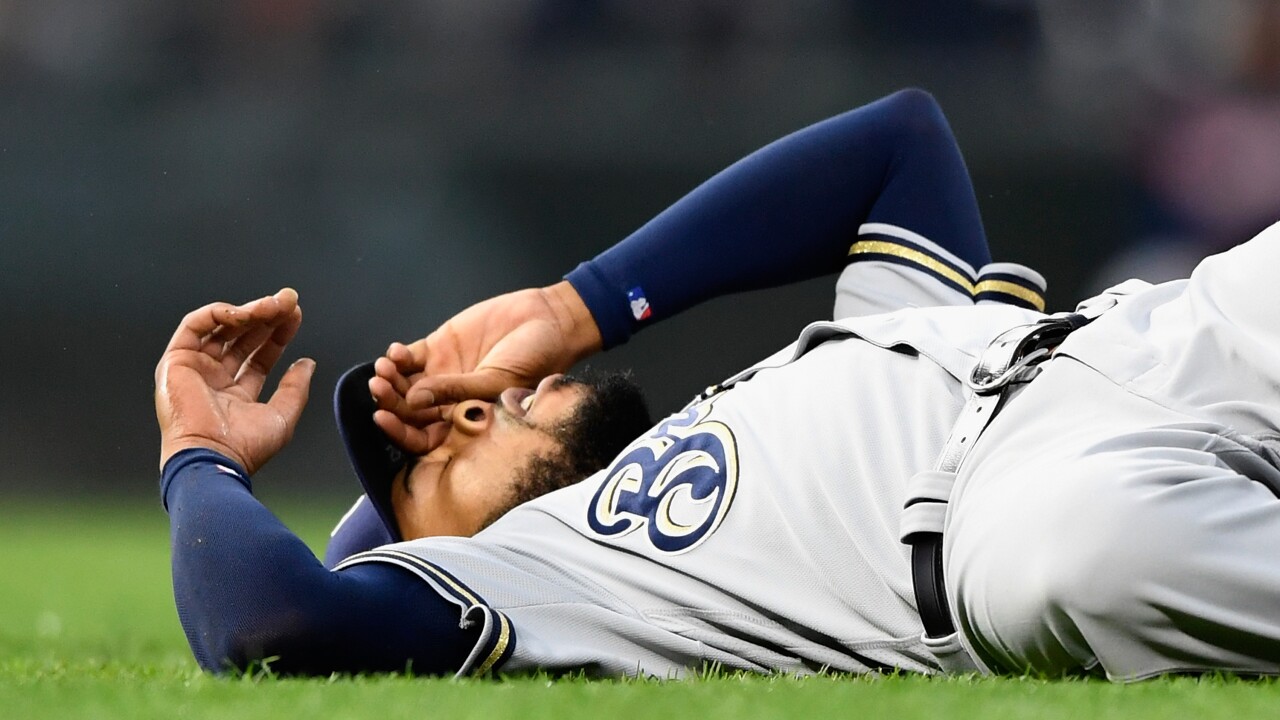 Hannah Foslien/Getty Images
MINNEAPOLIS, MN - MAY 27: Jeremy Jeffress #32 of the Milwaukee Brewers lies on the ground after catching a line drive by Willians Astudillo #64 of the Minnesota Twins during the fifth inning of the interleague game on May 27, 2019 at Target Field in Minneapolis, Minnesota. The Brewers defeated the Twins 5-4. (Photo by Hannah Foslien/Getty Images)

Jeffress went 8-1 with a 1.29 ERA and 15 saves in 2018, helping Milwaukee win the NL Central and make it all the way to the NL Championship Series. The right-hander also made the All-Star team for the first time.

But Jeffress hasn't been able to find the same form this year. He was hampered by right shoulder weakness during spring training, and then went back on the injured list last Sunday with a strained left hip.

"Unfortunately we just got to a position where at a time in the season where we didn't see him making an impact," manager Craig Counsell said before Sunday's 4-0 victory over the Chicago Cubs. "It's a little bit of a future decision as well with 40-man roster issues."

Milwaukee is three games behind Chicago for the second NL wild card. It is trying to make two consecutive playoff appearances for the first time since 1981 and 1982.

Jhoulys Chacin, who had a career-high 15 wins last season and served as Milwaukee's opening-day starter this year, was designated for assignment last weekend. He signed a minor league deal with Boston on Saturday.

The Brewers also recalled right-handers Jake Faria and Freddy Peralta and catcher David Freitas from San Antonio before the victory over the Cubs. Freitas was leading the Pacific Coast League with a .381 batting average at the time of his promotion.

Jay Cohen can be reached at https://twitter.com/jcohenap