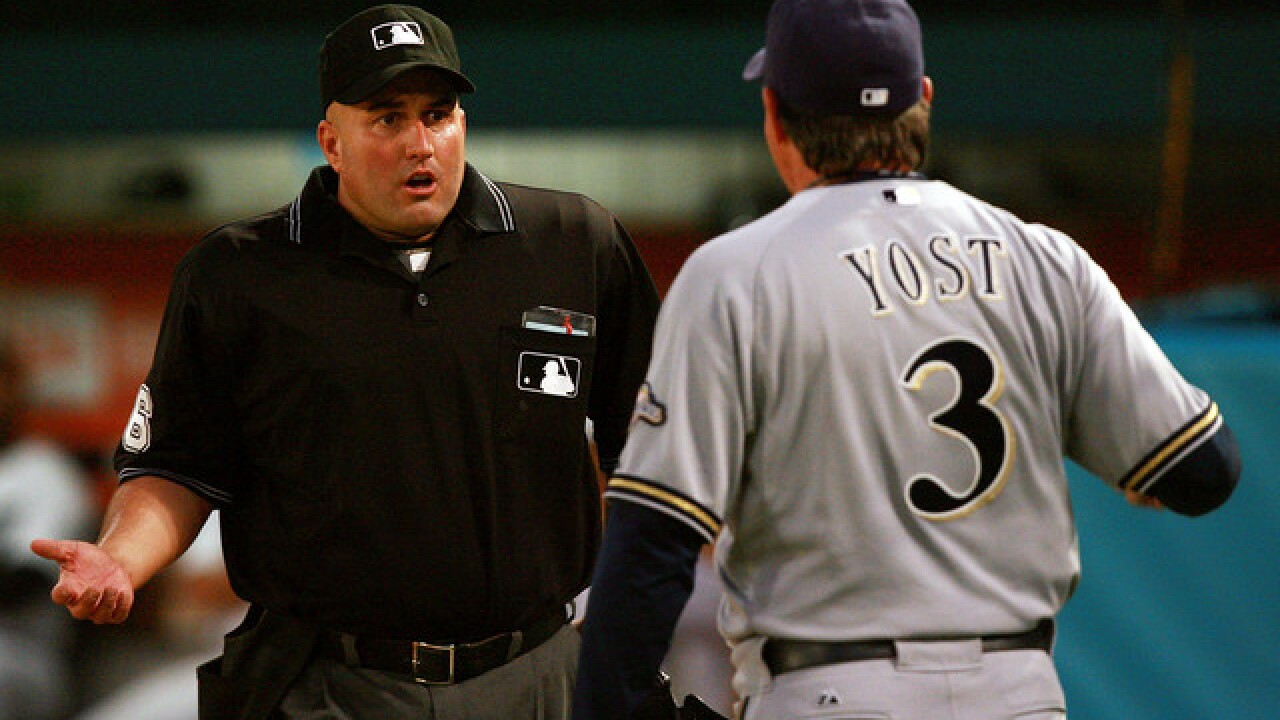 Copyright 2018 Scripps Media, Inc. All rights reserved. This material may not be published, broadcast, rewritten, or redistributed.
Doug Benc
MIAMI - MAY 06: Manager Ned Yost #3 of the Milwaukee Brewers argues with home plate umpire Eric Cooper before being thrown out of the game against the Florida Marlins at Dolphin Stadium on May 6, 2008 in Miami, Florida. (Photo by Doug Benc/Getty Images)

Ned Yost IV, the third base coach of the Milwaukee Brewers Triple-A affiliate Colorado Spring Sky Sox, might need to think about investing in some new cleats.

During last night's game against Nashville, Yost was attempting to stop a runner from going home on a hit into the outfield but face-planted onto the turf when he threw his hands up.

Time to invest in some cleats pic.twitter.com/RPJdKAT4sP

After the spill, Yost laid there for a few seconds in defeat before eventually hopping to his feet.

Yost is the son of former Brewers manager and player Ned Yost. He played in the minor leagues from 2005 to 2007 has been a coach in the Brewers minor league system since 2008.

His father, Ned, made his MLB debut with the Brewers in 1980 and was a backup catcher on the 1982 World Series team.

Over his five year career, he had stints with the Rangers and Expos before leaving the game in 1985.

They led the division by almost 10 games in June, but had lost 11 of their last 14 games. Yost was fired with 12 games left in the season and Dave Sveum took over in the interim.

The Brewers managed qualified for the Wild Card on the last day of the regular season, but fell to the eventual champion Phillies in the NLDS.