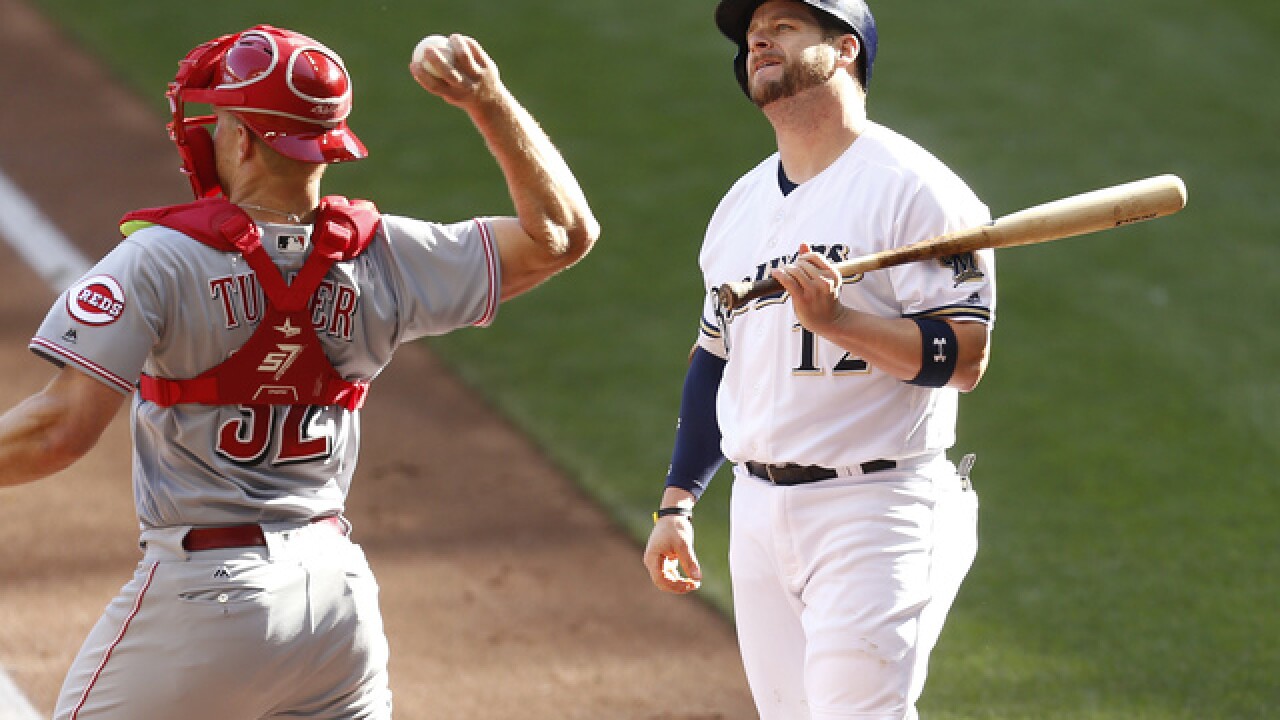 Copyright 2018 Scripps Media, Inc. All rights reserved. This material may not be published, broadcast, rewritten, or redistributed.
Mike McGinnis
MILWAUKEE, WI - SEPTEMBER 28: Stephen Vogt #12 of the Milwaukee Brewers reacts after striking out at the plate during the second inning against the Cincinnati Reds at Miller Park on September 28, 2017 in Milwaukee, Wisconsin. (Photo by Mike McGinnis/Getty Images)

Brewers catcher Stephen Vogt had a major set back in his minor league rehab assignment.

Vogt, attempting to recover from a shoulder strain that has forced him to miss the entire season, exited Saturday's Biloxi Shuckers game after feeling pain in his shoulder, per Tom Haudricourt.

The 33-year-old made throws down to second and third attempting to catch a Jacksonville Jumbo Shrimp baserunner.

“Obviously, it’s not a positive sign,” manager Craig Counsell told Haudricourt. “He was uncomfortable throwing and took himself out of the game. It’s a setback, there’s no question. We’ll wait until he sees Dr. Raasch to tell you what’s going to happen next.”

The two-time all-star's timetable for return to the big club is yet to be determined, but Milwaukee could sure use some pop from behind the dish.

Vogt doesn't carry a stellar glove like Pina, but his return could help a Milwaukee offense needing some left-handed pop after first baseman Eric Thames went down.