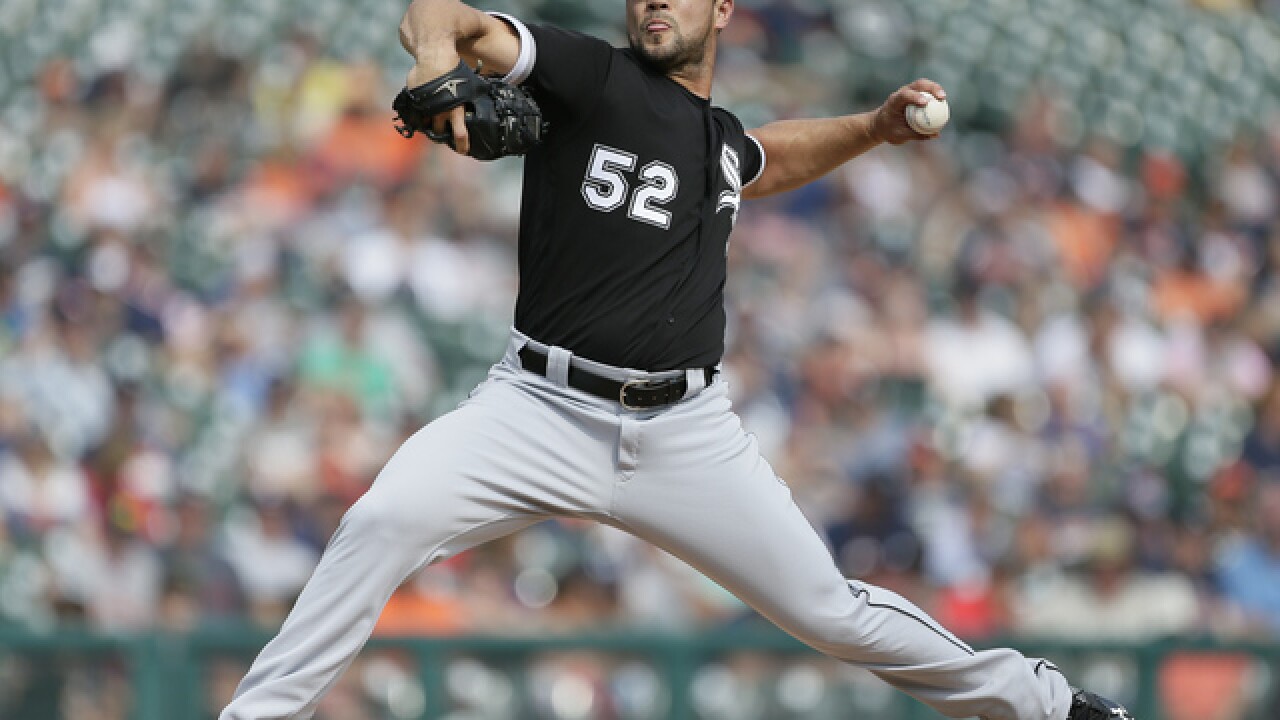 Image copyright 2018 Getty Images. All rights reserved. This material may not be published, broadcast, rewritten, or redistributed.
Duane Burleson
<p>DETROIT, MI - AUGUST 26: Xavier Cedeno #52 of the Chicago White Sox pitches against the Detroit Tigers during the seventh inning at Comerica Park on August 26, 2018 in Detroit, Michigan. (Photo by Duane Burleson/Getty Images)</p>

Cedeno is 2-0 with a 2.84 ERA in 33 appearances after signing with Chicago as a minor league free agent in January. The left-hander is 10-7 with a 3.81 ERA in eight seasons with Houston, Washington, Tampa Bay and the White Sox.

"We're just trying to fortify the roster as best we can and give ourselves options and depth for whatever happens in this month," Brewers manager Craig Counsell said.

Milwaukee entered Friday holding the second NL wild card spot. The Brewers were third in the NL Central behind the Cubs and Cardinals.

The 23-year-old Hamilton had never pitched in the majors. He was a combined 3-2 with a 1.74 ERA in 43 appearances with Double-A Birmingham and Charlotte this season.

The 19-year-old Connell batted .239 with seven home runs and 24 RBIs over 48 games with the between the Dominican Summer League Brewers and Advanced Rookie Helena. The 22-year-old Dominguez was 3-0 with a 0.82 ERA in 23 relief appearances with the Brewers' Dominican summer and Arizona League teams as well as Helena.