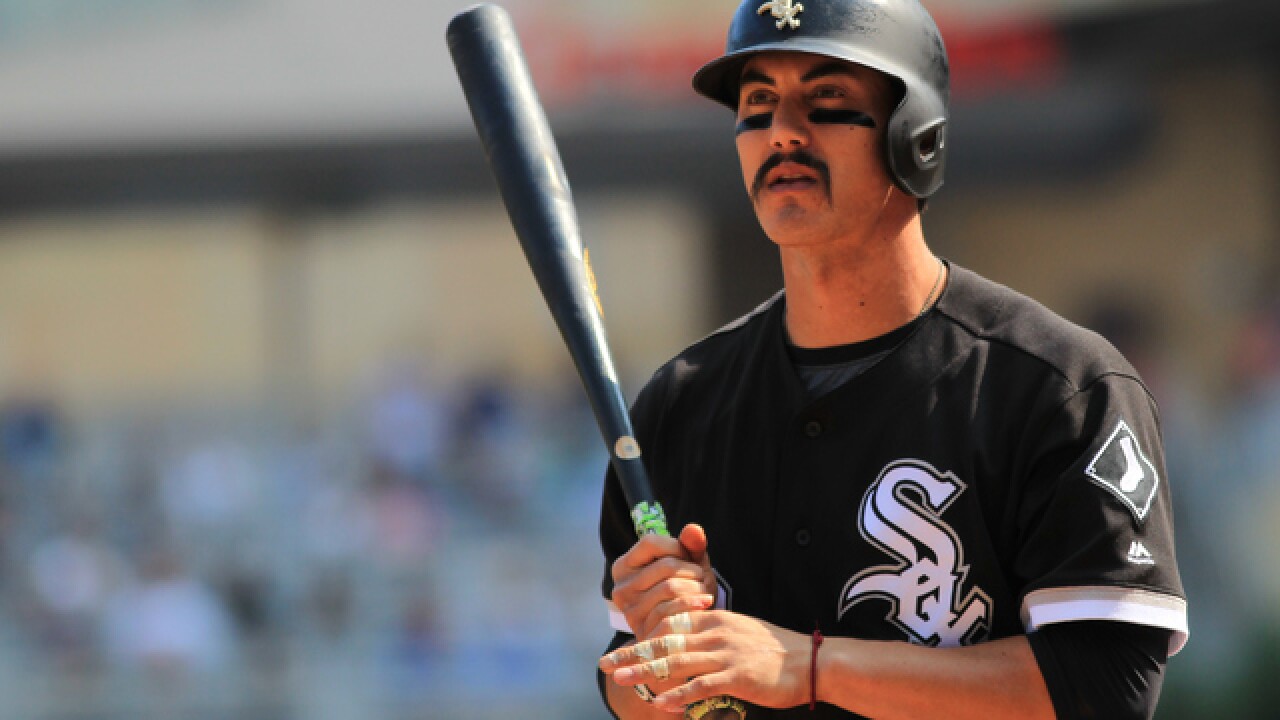 Copyright 2018 Scripps Media, Inc. All rights reserved. This material may not be published, broadcast, rewritten, or redistributed.
Andy King
MINNEAPOLIS, MN - AUGUST 31: Tyler Saladino #58 of the Chicago White looks for signs against the Minnesota Twins in the fourth inning during of their baseball game on August 31, 2017, at Target Field in Minneapolis, Minnesota.(Photo by Andy King/Getty Images)

MILWAUKEE -- The Milwaukee Brewers have acquired infielder Tyler Saladino from the Chicago White Sox in exchange for cash considerations. Both clubs confirmed the move.

The 28-year-old Saladino was added to the 40-man roster, but will make his debut down in AAA with the Colorado Sky Sox.

In a corresponding move, right-handed pitcher Alec Asher has been designated for assignment.

Saladino, known for his positional versatility--he can play third, short, second and anywhere in the outfield--and his powerful mustache, is a career .231 hitter through his three full seasons with the White Sox.

Saladino only had 8 at-bats this season before being moved to Milwaukee, and struggled mightily last year posing a .484 on-base plus slugging over 253 at-bats.

For comparison, Saladino is right-handed version of Eric Sogard--both focus on contact and efficiency in the field-- but Saladino is three years younger.