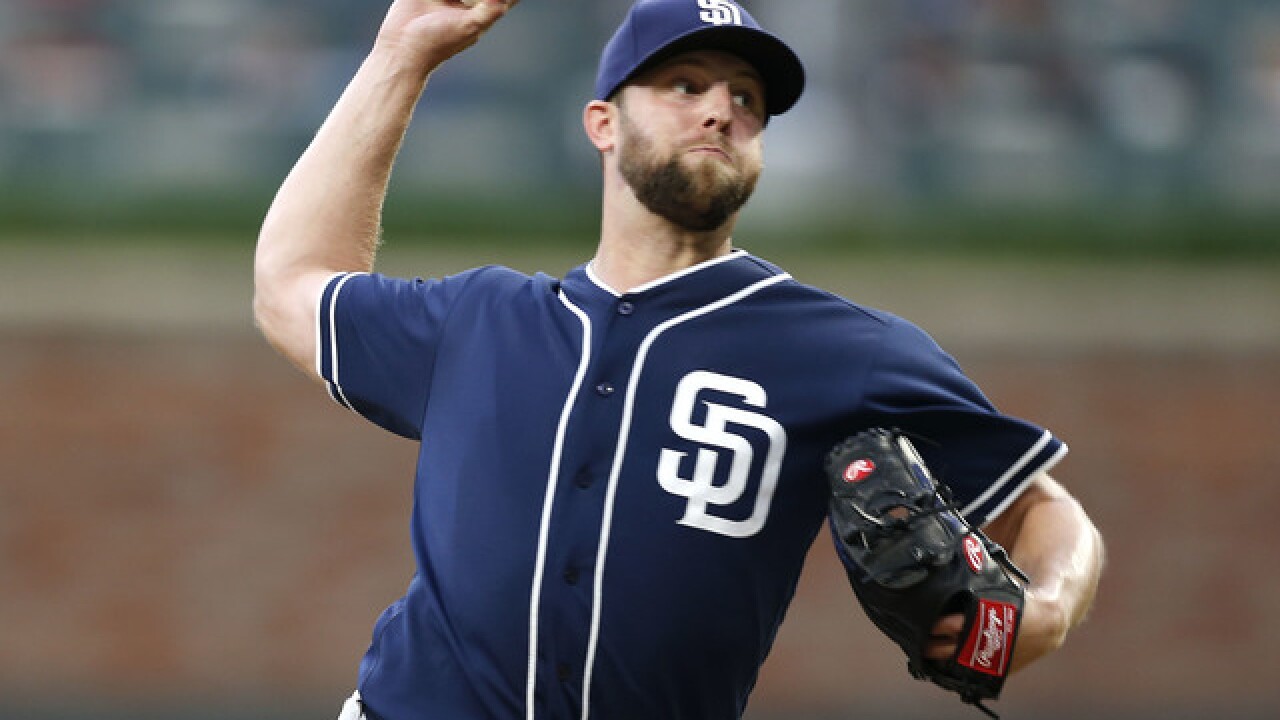 Image copyright 2018 Getty Images. All rights reserved. This material may not be published, broadcast, rewritten, or redistributed.
Mike Zarrilli
<p>ATLANTA, GA - JUNE 16: Pitcher Jordan Lyles #27 of the San Diego Padres throws a pitch in the seventh inning during the game against the Atlanta Braves at SunTrust Park on June 16, 2018 in Atlanta, Georgia. (Photo by Mike Zarrilli/Getty Images)</p>

The Brewers have acquired right-hander Jordan Lyles off of waivers from the San Diego Padres.

Kevin Acee of the San Diego Union-Tribue is reporting the Brewers did not give anything up to acquire Lyles.

Most of Lyles' appearances this season have come out of the bullpen.