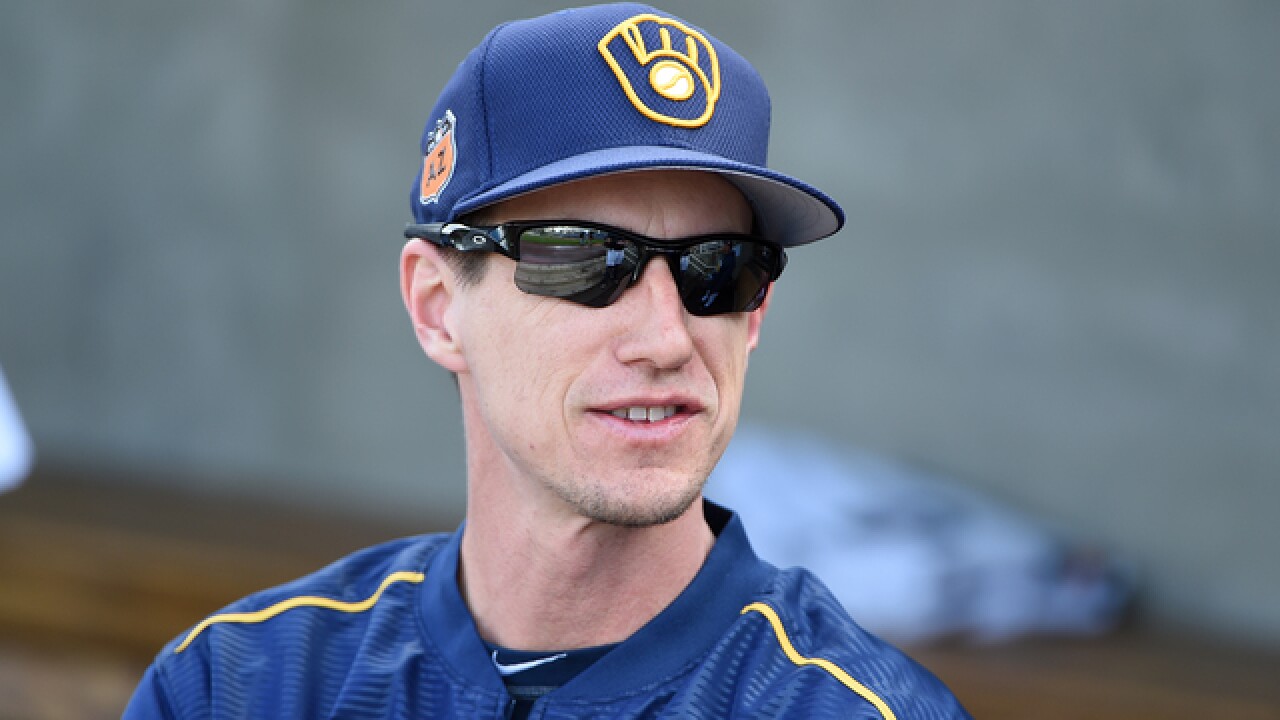 Image copyright 2017 Getty Images. All rights reserved. This material may not be published, broadcast, rewritten, or redistributed.
Norm Hall
<p>PHOENIX, AZ - FEBRUARY 28: Manager Craig Counsell #30 of the Milwaukee Brewers looks on from the dugout during a game against the Kansas City Royals at Maryvale Baseball Park on February 28, 2017 in Phoenix, Arizona. (Photo by Norm Hall/Getty Images)</p>

MILWAUKEE (AP) -- The Milwaukee Brewers have acquired infielder Brad Miller from Tampa Bay for first baseman/outfielder Ji-Man Choi and will receive more than $2.2 million from the Rays as part of the trade.

The NL Central-leading Brewers made the deal Sunday and assigned Miller to Triple-A Colorado Springs. He was cut by Tampa Bay on Thursday.

The 28-year-old Miller was hitting .256 with five home runs and 21 RBIs in 48 games for the Rays. Mostly a shortstop, he has started at every position in the majors except catcher and pitcher.

Miller hit 30 home runs for the Rays in 2016, but dipped to just nine last year.