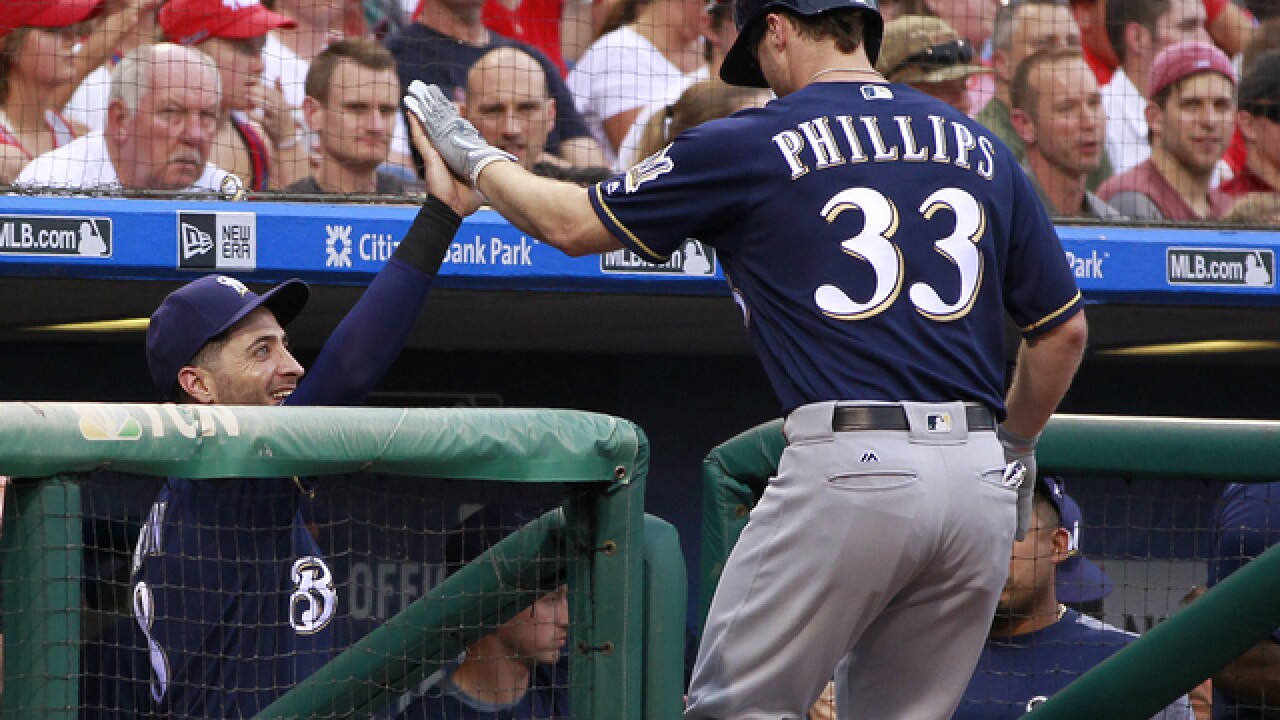 Copyright 2018 Scripps Media, Inc. All rights reserved. This material may not be published, broadcast, rewritten, or redistributed.
Rich Schultz
PHILADELPHIA, PA - JULY 21: Brett Phillips #33 of the Milwaukee Brewers is congratulated by Ryan Braun #8 after hitting a solo home run against the Philadelphia Phillies during the second inning of a game at Citizens Bank Park on July 21, 2017 in Philadelphia, Pennsylvania. (Photo by Rich Schultz/Getty Images)

Well, someone under anyway. pic.twitter.com/XNNiFyq2Ha

While talking to reporters about Phillips return to the big club, Phillips emerged from underneath the bench to greet his manager.

"That's a great answer," Phillips yelled while wiggling from underneath Counsell. "I was going to ask the same question."

Phillips stood up, gave Counsell a quick handshake and walked away without addressing the situation to the surrounding group of reporters.

A few reporters were stunned. one yelled, "Were you down there the whole time?" But most were unsurprised given Phillips jokester reputation.

Phillips is known throughout the organization and league for having one of the goofiest and most fun to listen to laughs.Basically, it sounds like a horrific wheeze but his face is pure joy. Watch the whole video above for 2 minutes of great entertainment.

Phillips is hoping he can keep his bat and his laugh in the big leagues this season. He had bounced back and forth from AAA six times since last June.