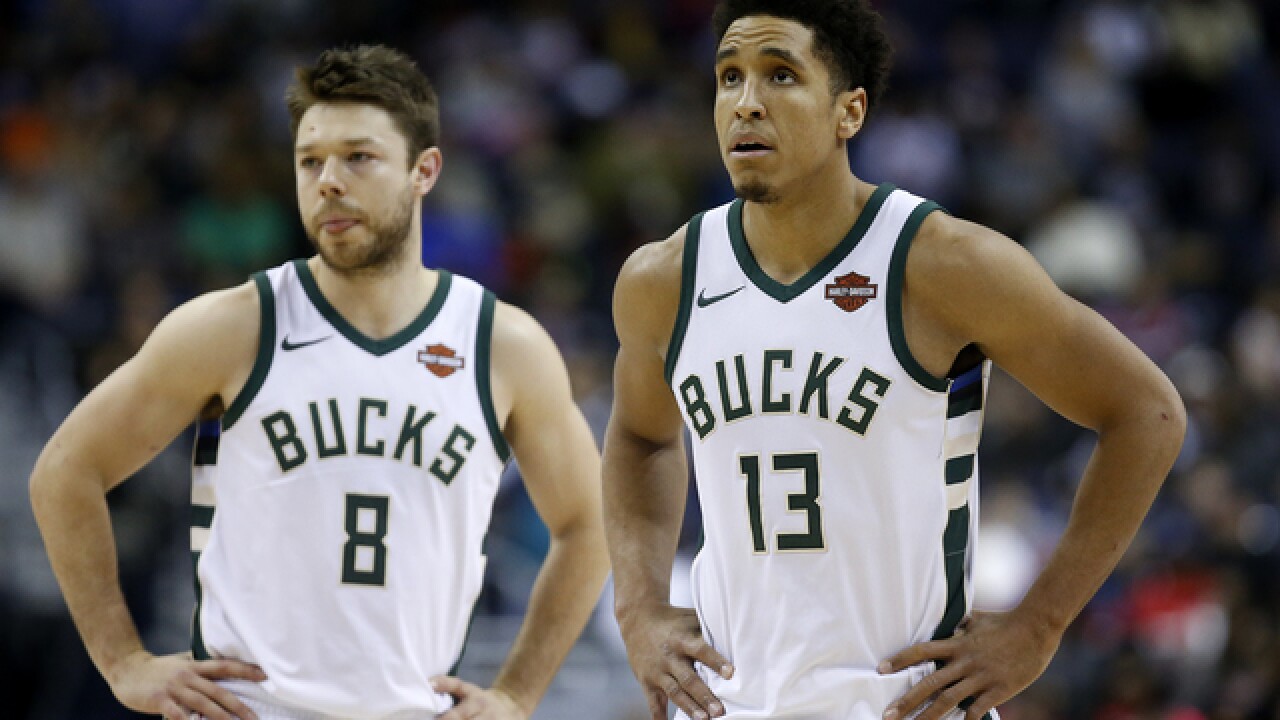 Copyright 2018 Scripps Media, Inc. All rights reserved. This material may not be published, broadcast, rewritten, or redistributed.
Rob Carr
WASHINGTON, DC - JANUARY 6: Matthew Dellavedova #8 and Malcolm Brogdon #13 of the Milwaukee Bucks look on during a free throw attempt against the Washington Wizards in the first half at Capital One Arena on January 6, 2018 in Washington, DC. NOTE TO USER: User expressly acknowledges and agrees that, by downloading and or using this photograph, User is consenting to the terms and conditions of the Getty Images License Agreement. (Photo by Rob Carr/Getty Images)

Bucks point guard Macolm Brogdon is disappointed with how the Bucks season ended.

Bucks' fans were on the same page as Brogdon.

"Consistently blowing big leads, firing your coach, and getting ousted by any undermanned team in the first round is considered great?" Mike Holtz said on Facebook.

Michael Hall agreed. "Great? Not reaching a team stated goal of a series win is great?"

Though some fans did see a few positive takeaways.

"I call this Bucks season a success for all that happened," Andrew Michael Rohan said. "We lost our ROY point guard, we lost our “coach”, we didn’t have Jabari more than half the year."

Carol Snow enjoyed the season and is excited for next year. "It was fun - wish it could have lasted longer - but watch our for the BUCKS in their new HOME next season."

While Paul Clements was willing to admit the season was "good but not great."

"Overall I think the season was a good season, we got better as a team."

"Overall I think the season was a good season, we got better as a team," Antetokounmpo said in his Bucks exit interview.

The fans in the Twitter comments weren't too happy.