Adam McCalvy discusses The Milwaukee Brewers at 50, celebrating a half century of Brewers Baseball 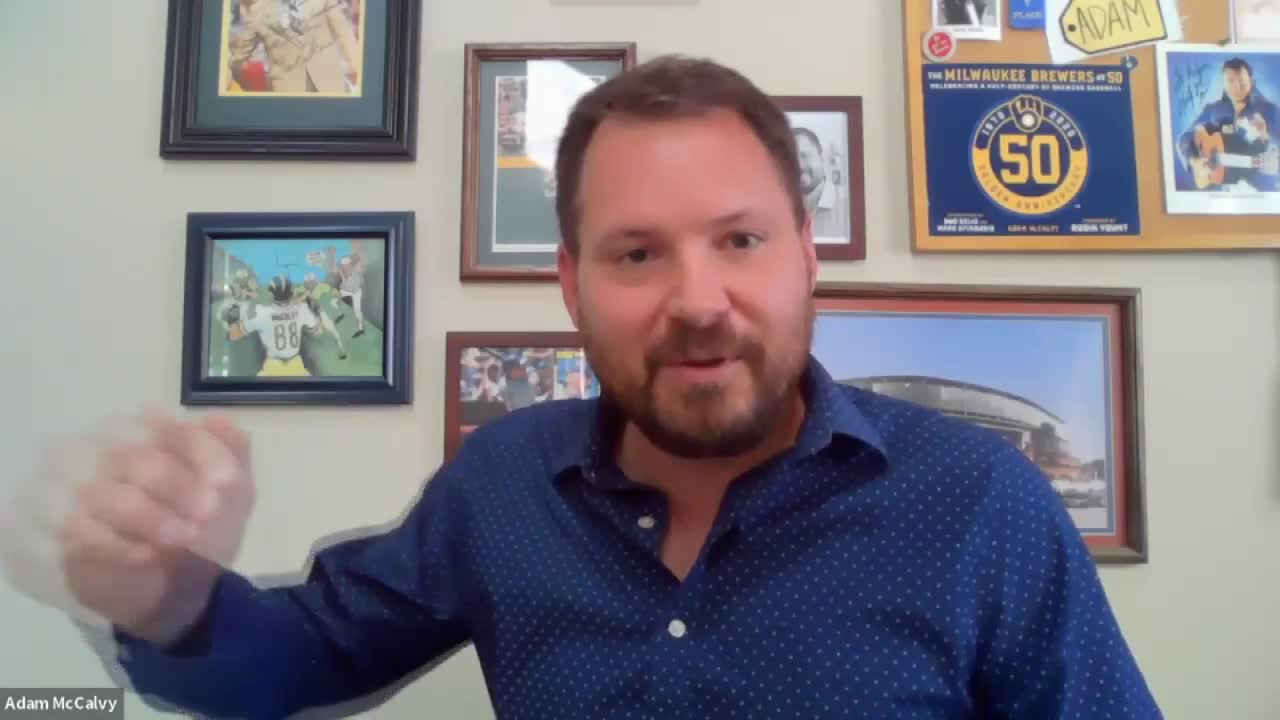 “The nice part for me Lance was that, I had no idea what I was doing because I had never done a book before and sometimes ignorance is bliss,” Adam McCalvy says.

MILWAUKEE — “The nice part for me Lance was that, I had no idea what I was doing because I had never done a book before and sometimes ignorance is bliss,” Adam McCalvy says.

Adam McCalvy is an area native, a beat writer for MLB.com, and the author of The Milwaukee Brewers at 50, Celebrating a Half Century of Brewers Baseball.

“One if my all-time favorite photos, and it's not going to show through on zoom necessarily, but Scott Paulus took a series of images of Nyjer Morgan when he got that game winning hit, to put the Brewers into the 2011 NLCS. And you can actually see the instant that Nyjer Morgan's eyes get wide when that baseball rolls past second base,” McCalvy says.

Adam’s book can whet the appetite for the national pastime, until it returns. But what will it look like, if it makes a comeback this summer?

TMJ4 Main Sports Anchor Lance Allan says it's just a total crystal ball Adam. Do you think that there will be games at Miller Park at some point? And will there will be fans?

“I'm going to say yes, I think there will be games at Miller Park. Not because of any inside information, just because I'm trying to be optimistic at this time. I don't think there will be fans on the field, or in the stands initially. But look, everybody's hope is that that can happen eventually. The problem is the virus is going to determine that and our collective response to the virus. So, I can't give you an answer and the one thing I think all have us have learned during this is that, every time you make a prognostication it turns out to be just throwing darts,” McCalvy says

All we can do is speculate at this point.