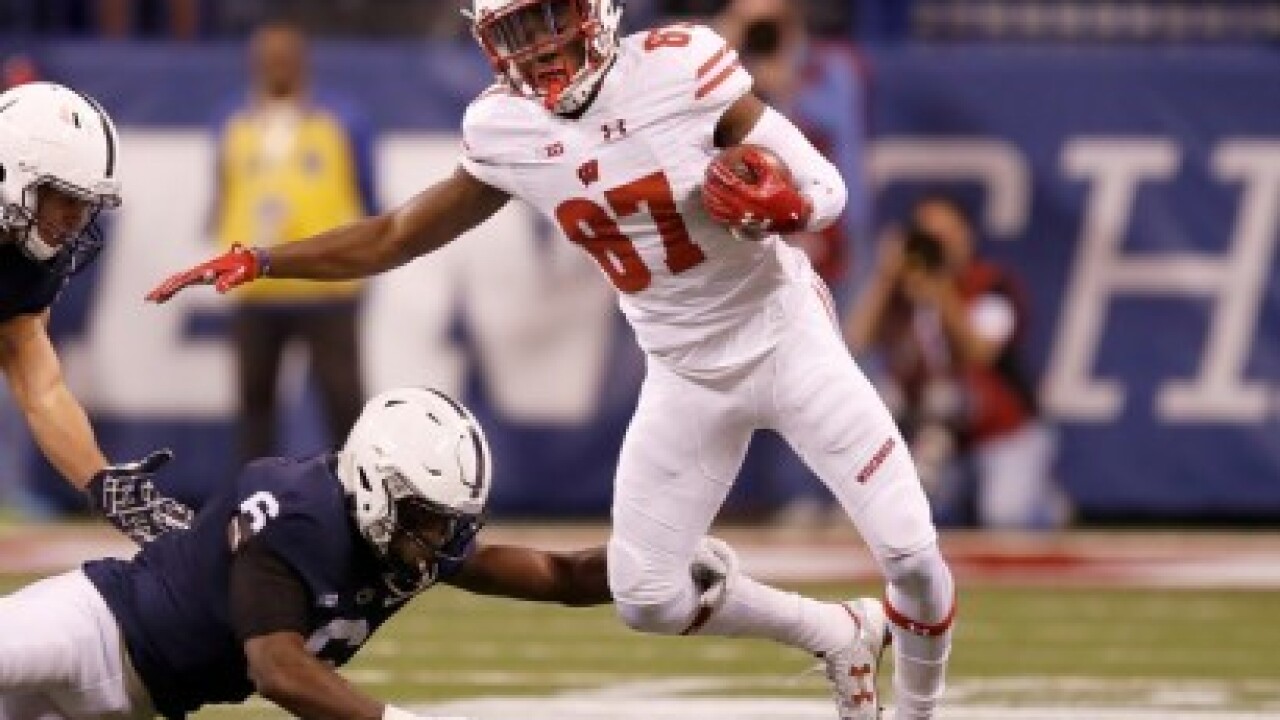 Image copyright 2018 Getty Images. All rights reserved. This material may not be published, broadcast, rewritten, or redistributed.
Gregory Shamus

Wisconsin Badgers wide receiver Quintez Cephus is facing a pair of sexual assault charges, according to our sister station WISC-TV.

Madison Police told WISC they spoke with a woman in the emergency room on April 22, who said she was sexually assaulted, providing Cephus’ name and address. While investigating this allegation, police said they discovered a second sexual assault victim.

He posted a statement on Twitter Saturday that he was  "wrongfully accused of unlawful conduct" and was "innocent of any allegations associated with this consensual relationship."

Cephus had announced Saturday he was “taking a leave of absence” from the team because he was facing “unspecified charges.”

The D.A. told WISC Cephus will have an initial appearance at 10:30 a.m. on Thursday.

Badgers coach Paul Chryst told WISC Saturday, "Earlier today, met with Q. I know he was planning to release a statement and at this time I don't really have anything more to add to that."

"MPD has recently been made aware that there is an individual on the UW Football Team making various statements through social media platforms," the statement said.  "The MPD has conducted an investigation relative to the information that this individual has been sharing. In so far as this is an open investigation awaiting further decisions from the District Attorney's Office, MPD will not be commenting further out of respect for the rights of individuals who have not been charged and are entitled to full due process of the law."