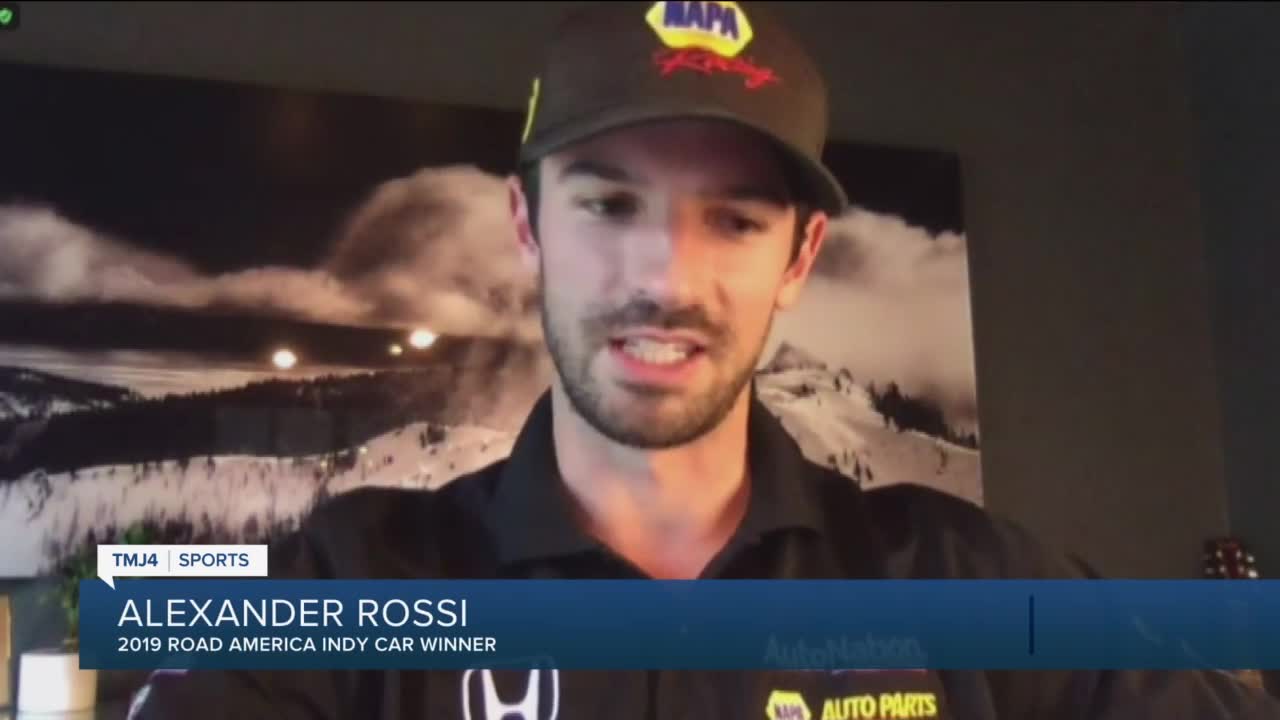 Alexander Rossi couldn't have been much more dominant in winning at Road America last year. With a tough start to the 2020 season, he can't wait to race here.

Alexander Rossi couldn't have been much more dominant in winning at Road America last year. With a tough start to the 2020 season, he can't wait to race here.

"It was just one of those days where the car was exactly what I needed. The team was performing really well, and it just all kind of came together," Rossi says. "And I think the other guys maybe didn't nail it as well. So we had everything going for us and everyone else was kind of outside the window. So that's when you get the races like that for me? I want them because they're pretty easy. You just go out, and drive around and enjoy the moment. But you also know that they don't come by very often."

And the man calling the action on NBC, Leigh Diffey, says this place is special.

"It's awesome. It's incredible," Indy Car play by play announcer Diffey says. "As a kid growing in Australia, and I would watch IndyCar racing, I was like boy, I hope I get to go to that track one day. And I had no idea that I would end up living and working in America. And so to go there each year is just phenomenal. I think it's not only of the best tracks in America. I think it's one of the best tracks in the world. And then you've got just so many other things. You know, if you're fortunate enough to go out on the lake? The lake's beautiful. Just the area. You know, green, lush area. The downtown has such a great vibe. Siebkens restaurant and bar. And all of the other cool restaurants. The main street there, on race weekend. There are so many people in a jovial mood. Hopefully, everybody will socially distance this weekend though, because it's going to be nice to have the fans back. But then the track itself."

What a track, and what a weekend.