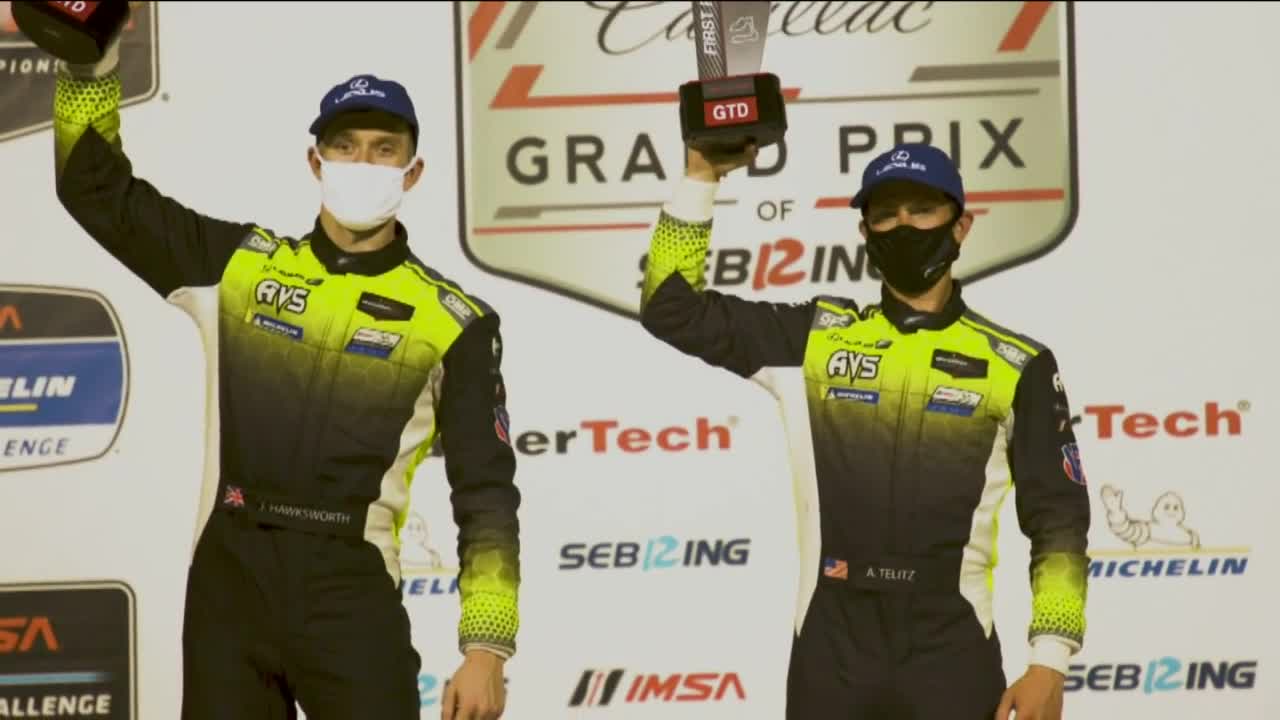 Aaron Telitz couldn't be much happier after winning two races in a row and coming back to his home state, at Road America.

PLYMOUTH — Aaron Telitz couldn't be much happier after winning two races in a row and coming back to his home state, at Road America.

Even with everything going on in the world, Telitz is doing pretty well. Especially after winning two races.

"It feels so good. It's been an incredible 2020 for racing for me. I know that the world's not doing so great. But for me personally? It feels good. Feels really good," Aaron Telitz says.

As a Rice Lake, Wisconsin native myself? I like to claim Aaron Telitz as one of our own. But he's quick to point out, he's from a small little town, about 20 miles away.

Not man people really know where Birchwood is so many simply say Rice Lake instead. But Telitz? He's proud of being a Birchwood boy.

"I'm from Birchwood. I'm a Birchwood boy," Telitz says with a laugh. "Anybody asks? I tell them that I'm from Birchwood. And they all say I have no idea where that is. And then you do the whole, do you know where Rice Lake is? And they're like oh, I think so."

But he'll always have a slice of Rice Lake, on the side of his ride.

Now the true question about the ambiance, of Road America. Can you really smell brats when driving the course?

"You know what? I think you could in an open-wheel car. I'm not sure we're going to be able to inside our Lexus RCF GT3 car. You know, it's kind of more sealed off in there. We won't get the smell. Maybe I'll have one of the guys throw like a cooked brat in the footwell or something, so I can maybe get a whiff every once in a while," Telitz says.

Let's hope he tastes a three-peat of victory, this weekend.