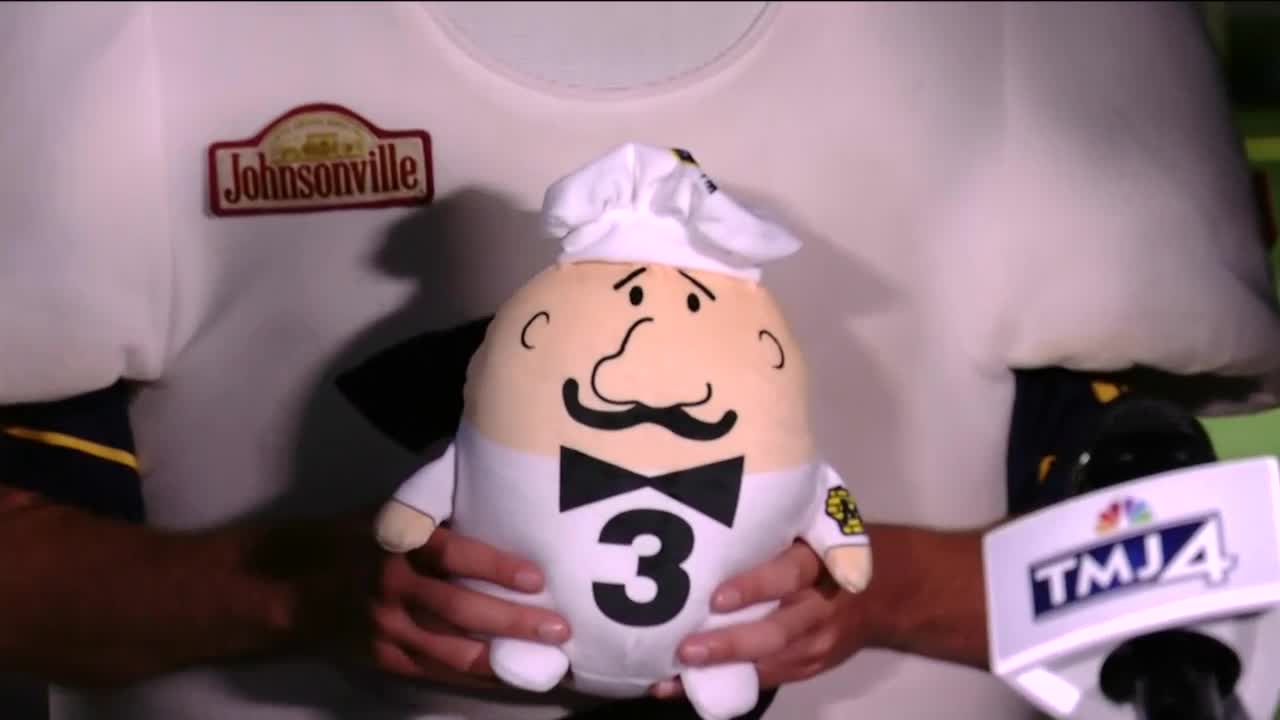 MILWAUKEE — The game will look the same between the lines, but just about everything else about the Brewers Home Opener will look different from previous years.

Friday's game against the St. Louis Cardinals will not start with a celebrity first pitch. Instead, a "Ceremonial First Cheer" will get the game rolling for all home games.

Presented by Miller Lite, some Brewers alumni and special guests will raise a glass and deliver a message to start each game. Bob Uecker, Bud Selig, Cecil Cooper, Robin Yount, Corey Hart, and Tony Plush himself - Nyjer Morgan, are among the special guests delivering the "First Cheer" this season.

After the First Cheer, the "Play Ball" kid that initiates the game action will be one of the Brewers players' children this season.

The Johnsonville Famous Racing Sausages are also adapting by popping up all over Milwaukee. The 6th-inning traditional race won't take part at Miller Park this year. Instead, the Racing Sausages will pop up at surprise locations throughout Milwaukee to stage the races on road courses that will be shown on the Miller Park video board and on Brewers' social media channels.

The National Anthem will be performed in person by 11-year-old Liamani Segura, who comes from a family of health care workers. Her mother is a nurse and her grandmother is a medical assistant. Liamani has performed the anthem at Miller Park before and also sang at the 2019 NCAA Women's Final Four Championship Game.

While Brewers fans cannot attend the Home Opener, they can make their presence felt in a number of ways. Fans can interact with the Crew on social media using #ThisIsMyCrew and #BrewersAtHome.

By downloading the MLB Ballpark app, fans can participate in promotions, play Brewers Bingo presented by U.S. Cellular, enter to win the Toyota Highlander Home Run Sweepstakes, and get the digital version of Game Day Magazine.

Fans can also join the “Cutout Crew” to be at Miller Park - sort of. Two-foot images of fan likeness will be placed near Bob Uecker’s “Last Row” statue to celebrate his 50th season as the voice of the Brewers.

In addition, some cutouts will rotate behind the home plate for each of the home games. Fans can purchase a cutout with their likeness - or even a photo of their pet here. Some of the proceeds support the Brewers Community Foundation.