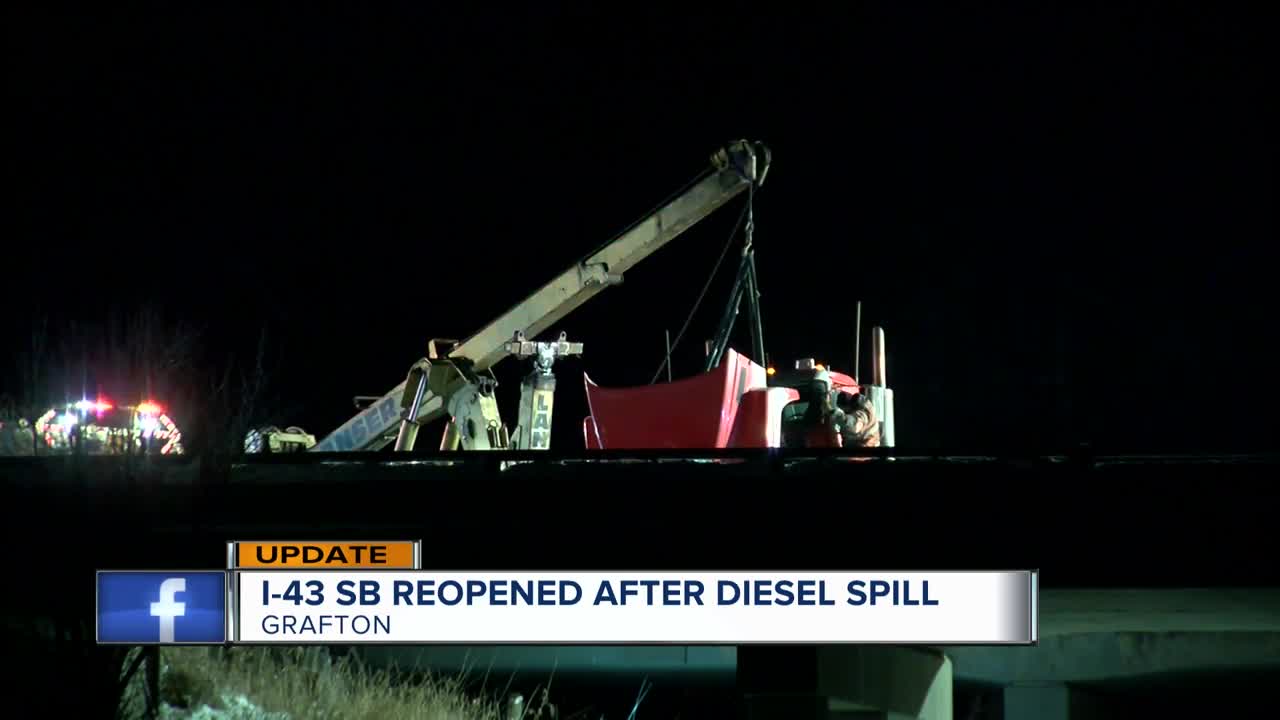 The freeway was shut down for three hours. 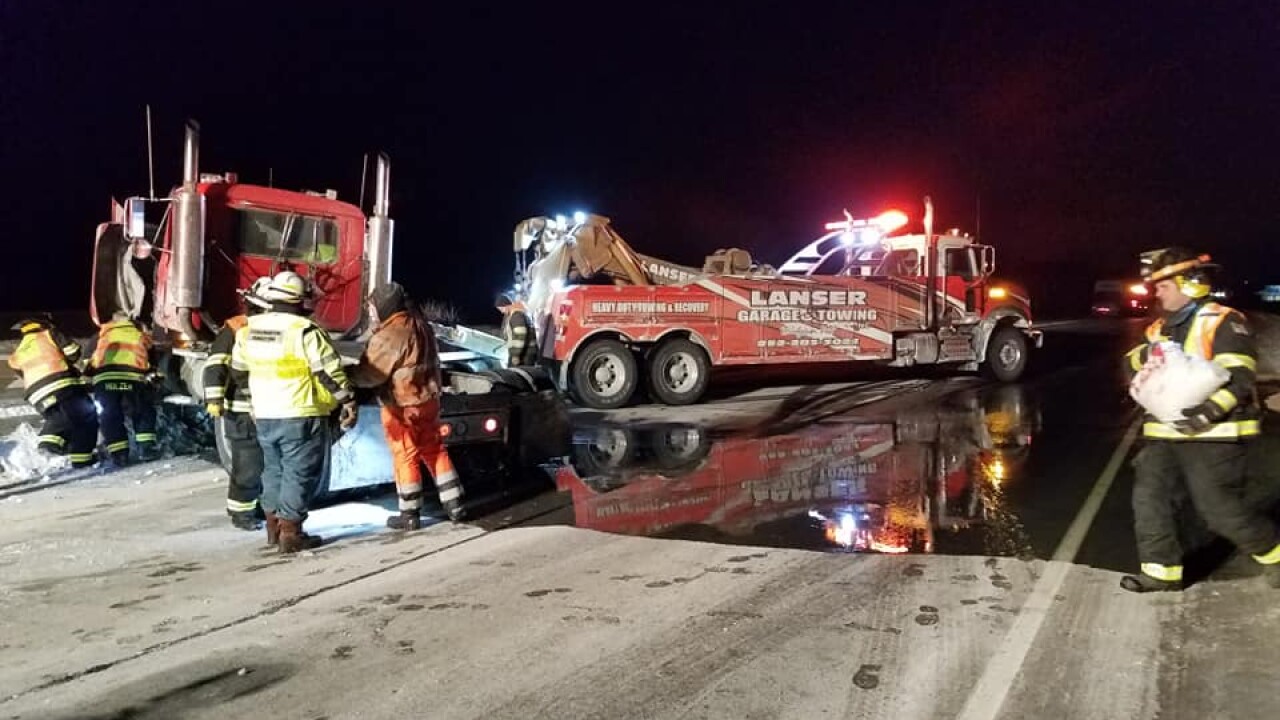 OZAUKEE COUNTY -- A crash involving a semi-truck closed the southbound lanes of I-43 in Ozaukee County for several hours on Thursday night.

The crash happened on I-43 southbound and Lakefield Road just before 9 p.m.

According to the Grafton Fire Department, a semi-truck -- driven by a 49-year-old Sheboygan man -- lost control and jumped the guardrail on the Lakefield Bridge.

Fuel tanks on the truck were damaged -- causing nearly 200 gallons of diesel fuel to spread across both lanes of the highway.

The crash is under investigation by the Ozaukee County Sheriff's Office.