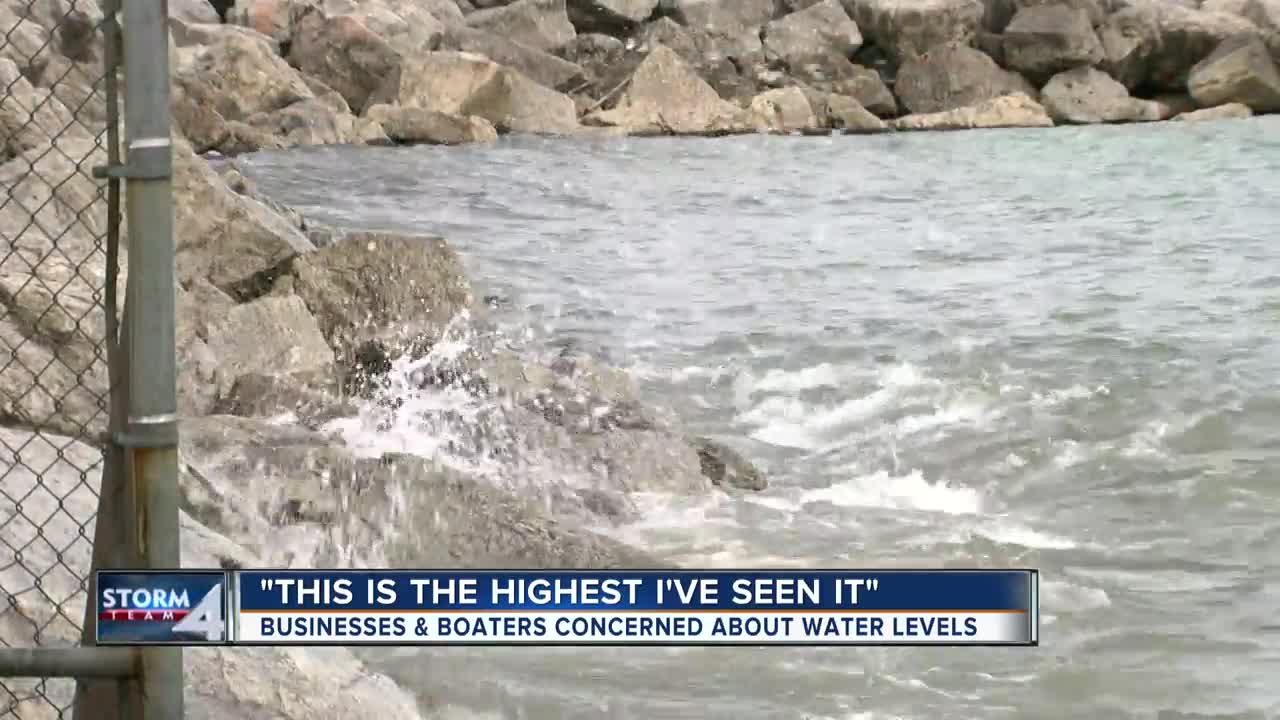 A rainy year has resulted in near record high water levels for Lake Michigan.

MILWAUKEE — Water levels on Lake Michigan and the Milwaukee River are near record highs and experts said it could break those records this summer.

Years of wet weather has taken its toll on Lake Michigan. In 2013, it reached a record low of 576.02 inches. Now, just over six years later, it's close to breaking it's all time high.

"In 2013, we were complaining about low lake levels," Harvey Bootsma, Associate Professor at UWM School of Freshwater Sciences said. "People's docks were high and dry. They had to dredge the harbors so ships could get into them. Since then, the lakes have come up dramatically fast. There hasn't been as much evaporation from the lake. More rain into the lake and less evaporation from the lake; you combine those two together and that makes the lake level go up quite a bit."

It's visible along the shores of the lake and along the river. What's even more noticeable, the amount of times crews are lifting the bridges to let boats get through.

It's more than just the large sightseeing vessels that make several trips a day up the tributary. Pontoons, police boats, the paddle tavern are among other smaller vessels needing to blare their horns for the bridges to open up. The Department of Public Works operates the bridges. They say in 2014, they opened the bridge 14,003 times. In 2017, it reached a peak of 23,244 bridge openings. DPW says it's in part to an increase in population which also increases water traffic. But the water levels have had an impact as well.

"As little as five years ago, I could slide under the bridges with my boat," Rick Eckmann said. "I currently can't. There are two I have to open."

In 2018, the South 1st Street and Wells Street bridges were both under rehabilitation, so the numbers skewed lower to only 20,487 bridge openings.

It's not just a headache for travelers on the water but also businesses. Gene McKiernan, owner of Barnacle Bud's, says this is the worst he's seen it in the 27 years he's owned the business.

"This is the highest it's ever been," McKiernan said. "It comes up repeatedly. The rain doesn't help. The highest I've seen it."

It got so high, the water was running onto the deck outside of their place. It eventually receded but is still causing problems for this bar that depends on water traffic for business.

"It's slowed down the pontoon boats because they can't get under the bridges," McKiernan said. "There are floating piers [for parking]. They've come up so high that now the piers sink down because they're stationary and they roll with the pier."

It's much different for him than it was just a few years back when the river and lake were at all time lows.

"It was so low, we'd joke, they use to put their little noses up [over the edge of the dock] and say, are you open?" McKiernan said. "It was three or four feet lower. Now you have to step up into the boat."

"People like to get out on the water," McKiernan said. "I've been here almost 30 years. It's changed dramatically."