Racial inequities in education highlighted before return to school in pandemic 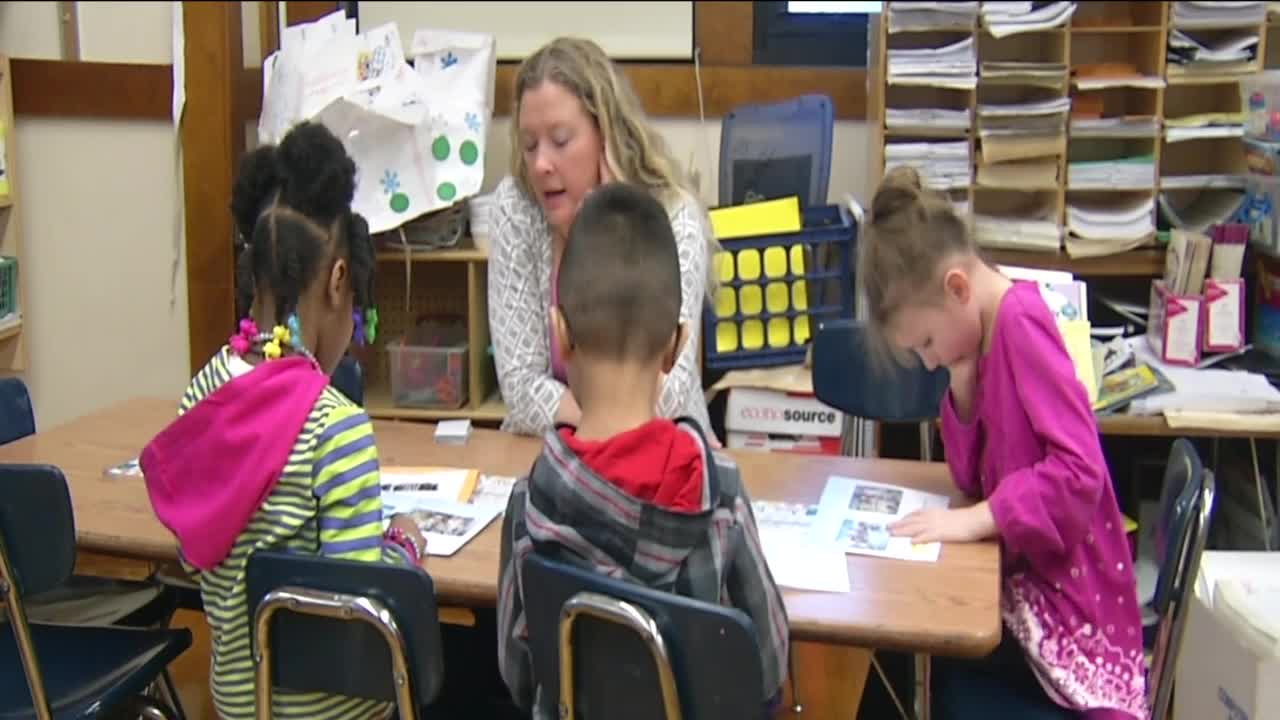 Going back to school will not look the same for all students, especially now, during a pandemic.

MILWAUKEE — Administrators with Milwaukee Public Schools say they’ve been working all summer to ensure students in the district don’t fall any further behind because of the pandemic.

“I am very confident,” Dr. Keith Posley, Superintendent of Milwaukee Public Schools said. “More confident than ever before. The planning has truly gone in to ensuring we’re up and ready to go.”

Posley says their top concern, aside from student health safety, is getting a smart device and internet connection for every single student. Posley points to a survey showing roughly 20,000 students do not have reliable internet access in the district.

To put that into perspective, 40 minutes north of the city, Random Lake Schools had roughly four percent of their students lacking reliable internet; that’s 31 students. The district is 1/100th the size of MPS, but their virtual learning program went smoothly in the spring.

“Pretty much was a light switch,” Superintendent Michael Trimberger said. “We were able, last year, during the fourth quarter, to have over 90 percent [virtual] attendance rates for our students and close to 20,000 submissions.”

Trimberger welcomed TMJ4 News into the school district back in March, when COVID-19 first started shutting schools down. The district has had its virtual learning program in place for years; in large part due to the potential for harsh Wisconsin winters keeping students home. However, he knows every district is different and what they’re able to do may not be able to be replicated by a district the size of MPS.

“I think bigger districts are like big ocean liners,” Trimberger said. “It’s hard to turn an ocean liner. There are just so many things to change direction. We’re a speedboat and if we have everybody on our boats headed in the same direction, everybody kind of rowing the same way, we can turn a little bit quicker.”

“I worked in a large urban district and my PhD is actually in Urban Education,” Trimberger said. “There is a lot of public outcry for these bigger districts. There are a lot more hurdles.”

Those hurdles are largely systemic. The median household income in Random Lake is $65,852 which is 64 percent higher than Milwaukee; at $40,036. The poverty rate difference is just as dramatic; Milwaukee clocks in at 26.6 percent which is three and a half times higher than Random Lake (7.6 percent).

“That’s something that keeps me up at night as well,” Posley said. “How do we meet the needs of our families and students?”

The number one factor is the connectivity issue. Thanks to a $100,000 donation from Green Bay Packers President and CEO Mark Murphy and his wife Laurie, the MPS Foundation says they will be able to provide hotspots to all students for at least 12 months and up to 24 months if need be.

Willis says the foundation has provided roughly 26,000 devices to students in need. While it’s a big step, he says more change needs to be done to the system.

Because otherwise, it won’t just be districts like MPS that are affected.

“There is no district that is fully ready to prepare to do online learning because teachers weren’t taught that way in college,” Willis said. “Every district needs to do a change. While districts in the suburbs may have been able to connect immediately, developing a curriculum that teachers can use and manipulate for their curriculum, for their pedagogy, and pushing out to students in their specific manner.”

Because of this, fears remain about the quality of education students are getting virtually. Students like Antoine Edwards. His mother passed away suddenly in March. So, he and his four siblings have been living with his grandmother. She says their internet has been spotty and Antoine’s school provided laptop stopped working.

“I couldn’t do work because my Chromebook was down,” Antoine said. “But I did some work on a sibling’s computer. I usually do work off there.”

Antoine is entering the eighth grade. His favorite subjects are math and physical education. He’s excited to get back to school in-person, whenever that may be.

“I’m excited about it,” Antoine said. “It’s going to be fun to learn again.”

He says “again” because things haven’t been easy learning under his grandmother’s roof. Unreliable internet and a broken device are one thing. However, he doesn’t have a situation that makes it easy to learn.

“There are so many of us and somebody is always fighting over something,” Antoine said. “It doesn’t even matter. They’ll fight over something so little. They don’t got nothing to do. They just want to argue.”

This is something MPS has taken into consideration. African American homeownership in Milwaukee is only about 24 percent. In order to provide some stability and quality face to face education options, MPS is providing hotlines, learning labs, and other facilities to make sure students have the resources needed to keep up.

“I will be the first to say, face to face instruction is paramount,” Posley said. “You just can’t replace face to face instruction. But also, we have ramped up and we’re going to be providing excellent education for young people from a virtual standpoint. We’ve spent a lot of days and nights preparing for this. We’re working to make sure there are no learning gaps and to bridge those gaps and finding all other avenues to do just that. We’re going to maximize that to the fullest and make sure children receive exactly what they need so they do not drift behind.”

Students who use these facilities will be required to wear a mask and follow social distancing guidelines detailed by the Centers for Disease Control. A list of community resources provided by MPS can be found here on their website.

Aug. 3 will start Welcome Week for Milwaukee Public Schools. Students and parents can pick up devices, WiFi hotspots, textbooks, and more next week.

While this large ocean liner is making an about-face as quickly as they can, Posley says no matter the symbolic size of their ship, it’s all about the kids.

“At the end of the day, we’re all in the water with the children right?” Posley said. “To make those course corrections, to make sure they’re able to receive what they need. That’s a quality education so they can truly live the American dream.”