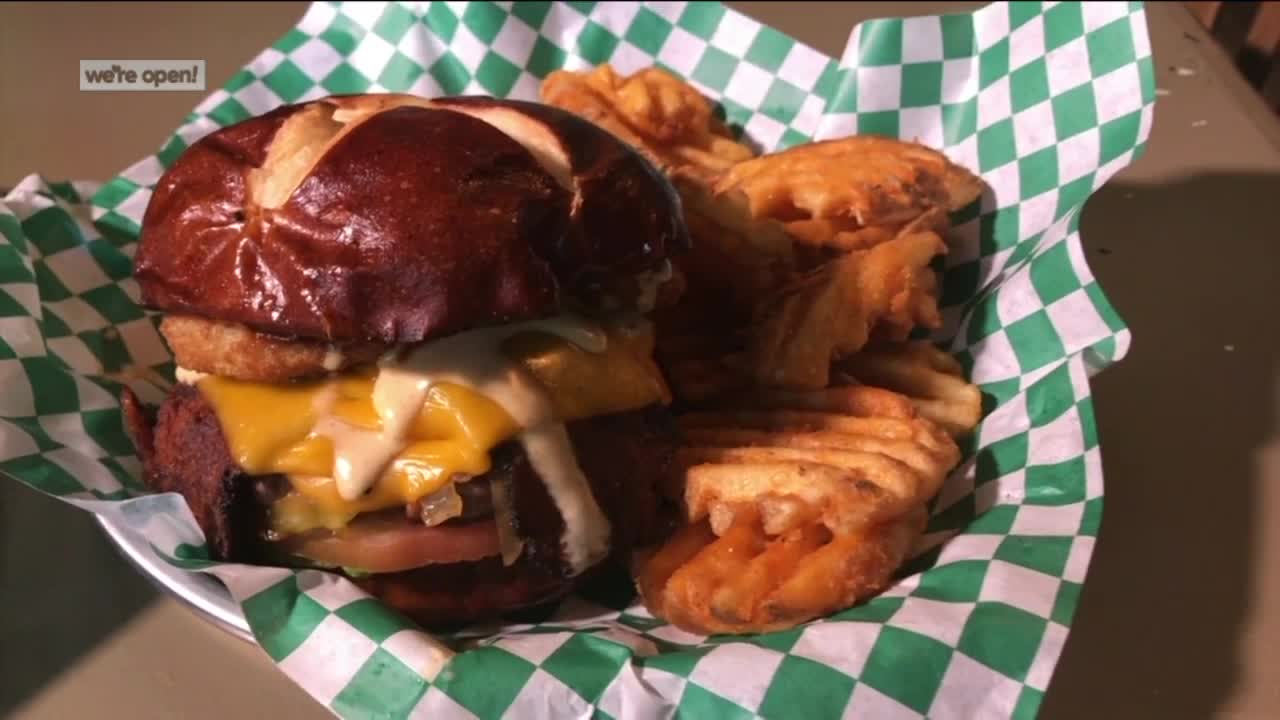 It's been quite the journey for Brandon Hawthorne who owns Twisted Plants.

CUDAHY — It's been quite the journey for Brandon Hawthorne who owns Twisted Plants.

He started selling from a food cart, moved on to driving a semi. Next, he started Twisted Plants from a trailer and now he has his first vegan restaurant in Cudahy. And even that didn't start out as planned.

"We signed the lease and then two weeks later everything got shut down," Hawthorne recalls. "The lease was signed so you really can't reverse the lease so we had to push forward. We truly appreciate our fan base and our customers that give us loyal support. Honestly, if it wasn't for them we wouldn't have gotten through this period."

His vegan food is hot right now. Sometimes you have to wait an hour and a half to get it. They're sticking to curbside pick-up for now.

"The Up and Smoke Burger is so good because it's made with love," he says. "It's like everything else on our menu. It's topped with bread and butter pickles, grilled onions, lettuce, tomatoes, and vegan bacon. The Cauliflower Bites are very hot and very popular."