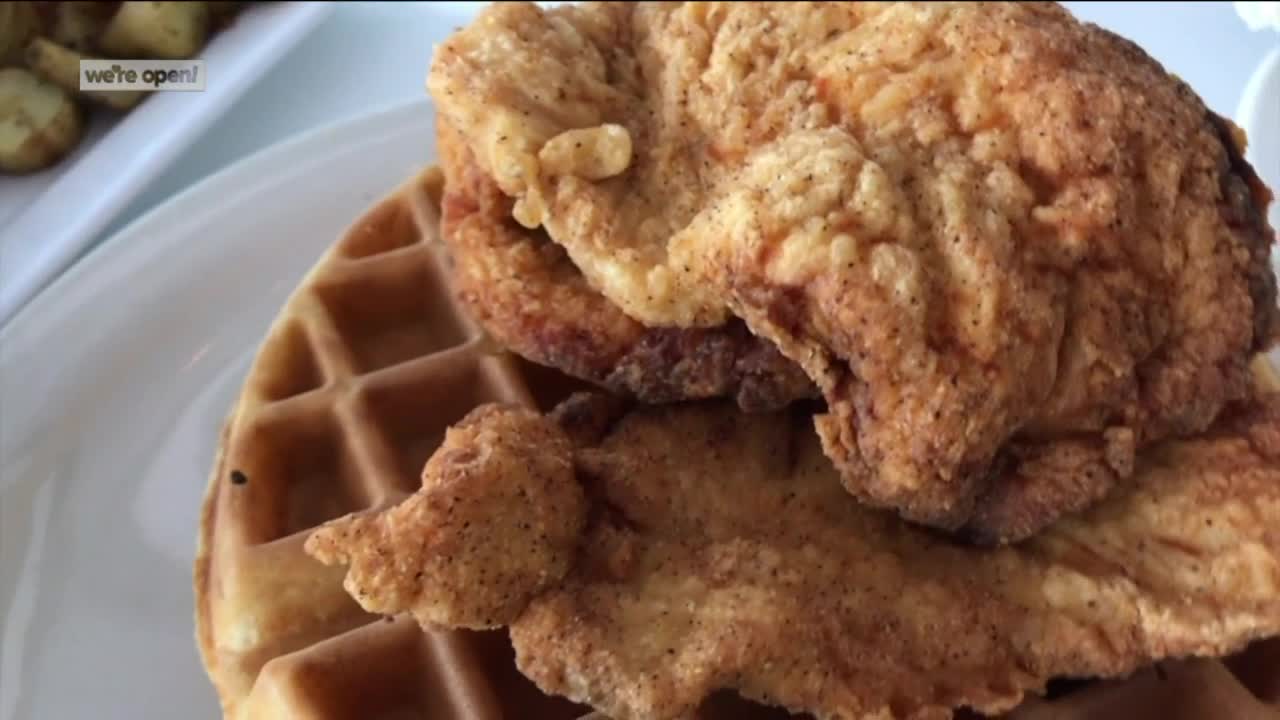 Chicken and Waffles and the Breakfast Burger headline brunch menu at Zisters.

ELM GROVE — Zisters is a trendy brunch spot in Elm Grove that's back open after a two-month shutdown. The owners are two of the youngest you'll find in the restaurant business.

"People are honestly so shocked sometimes and sometimes not so much," says co-owner Betsi Zierath. "I think it's a really proud feeling my sister and I both have to be so young and feel so accomplished already."

Zierath, who is just 24 years old, owns the restaurant with her sister Gabbi, who is 26. This big idea emerged during an overseas trip.

"My sister and I both went to the University of Alabama together and then we ended up leaving there and studying abroad in Barcelona for about five months," Betsi says. "Then we came back to school and we decided that we didn't want to be there anymore, so we basically just dropped out. We went to southeast Asia and lived there for about three and a half months. From there we saw a ton of different restaurants that were super cute and we just knew we had to open up something like that back in Milwaukee."

They lost 95 percent of their business because of the pandemic, but Betsi trusts the food and the customer support Zisters has received will help turn things around.

"Our food is obviously made here from scratch," she says. "It's all super good. "My sister and I came up with the entire menu on our own. We just looked at places around and places that we've been to and picked out things we loved."

Betsi says the Breakfast Burger and Chicken and Waffles are popular menu items.