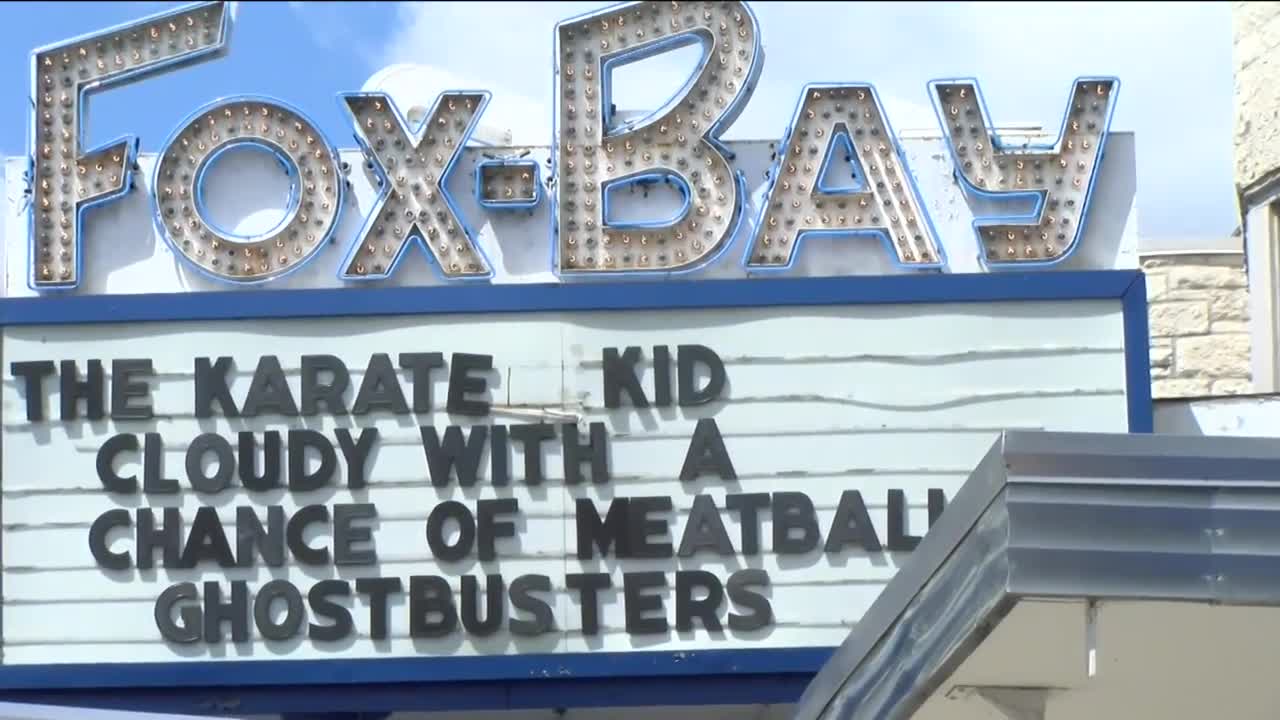 Fox Bay Cinema Grill's movie selection has been limited by the pandemic, but it is showing classic movies and offering carryout service.

WHITEFISH BAY — It's been tough to make money if you're in the movie business. Fox Bay Cinema Grill in Whitefish Bay is feeling the economic crunch of the pandemic.

"It's affected the movie business greatly," says owner Roman Kelly. "From Hollywood's perspective, they haven't been filming anything for five or six months and now all the movies that were due to be released have been pushed off to later this year or next year and they're still continuing to be pushed off to dates that they were moving to. And for the theaters, we were closed for two our three months until the health department gave us the green light to open up again and we don't have new movies that interest people and we've been playing old movies now for the last couple of months."

Showing old movies wasn't the plan this year but that's all they have now. They've gotten some support from customers and they do takeout with their food inside the cinema.

"We are well behind what we normally would be." Kelly says. "We're just doing everything we can we keep churning through the movies and try to find things that draw people in and we're still doing carryout. We still have some people that call in and order carryout. Anything helps with small business."

Check your local listings folks, because Fox Bay Cinema has a lot to offer.

"We're an old theater," Kelly explains. "We were built in '51, originally as a one-screen. It got remodeled in 2000 to a three-screen concept that we have now. We have a wait staff that comes through every theater right to your seat, takes your order, delivers your food, and drinks right to your seat when you're watching the movie."