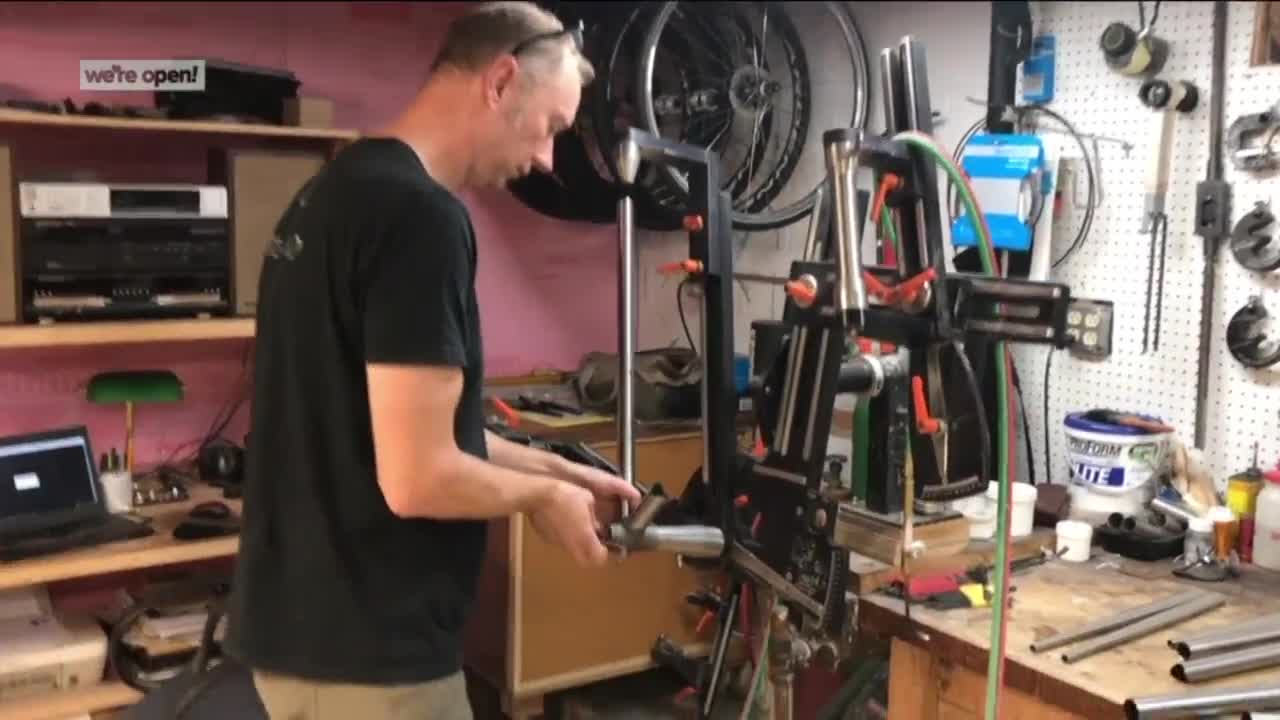 Ellis Cycles has been fortunate that business is going well despite a global pandemic.

"I've shipped bikes to Switzerland. To Singapore, all over the world," Dave Wages says. "You know I've had a number of orders come in during the pandemic. So you know, I've been super fortunate that I've been keeping busy. And keep building bikes."

Wages worked for two different bike manufacturers. Twelve years ago he started Ellis Cycles. And during this pandemic? He's providing a service that's in need.

"In going out on rides with my wife, and it's been kind of our way to get out of the house and you know blow the dust off and keep our sanity? There's been so many more people out on bikes and walking and being outside. And that's, it's kind of encouraging. You know I hope that that continues," Wages says.

He doesn't assemble bikes. He makes them. But the product speaks for themselves.

"This is a super fun job because you know what I'm doing? I'm generally dealing with people that are fulfilling something they've been dreaming about for a long time," Wages says. "I come up on the web search and they think, 'oh it's a bike shop.' So they call and I'm like, 'ah, I'm a custom frame builder. I don't have 20-inch wheel kids bikes. But if I did? I'd be making a mint right now because they're tough to find!'"