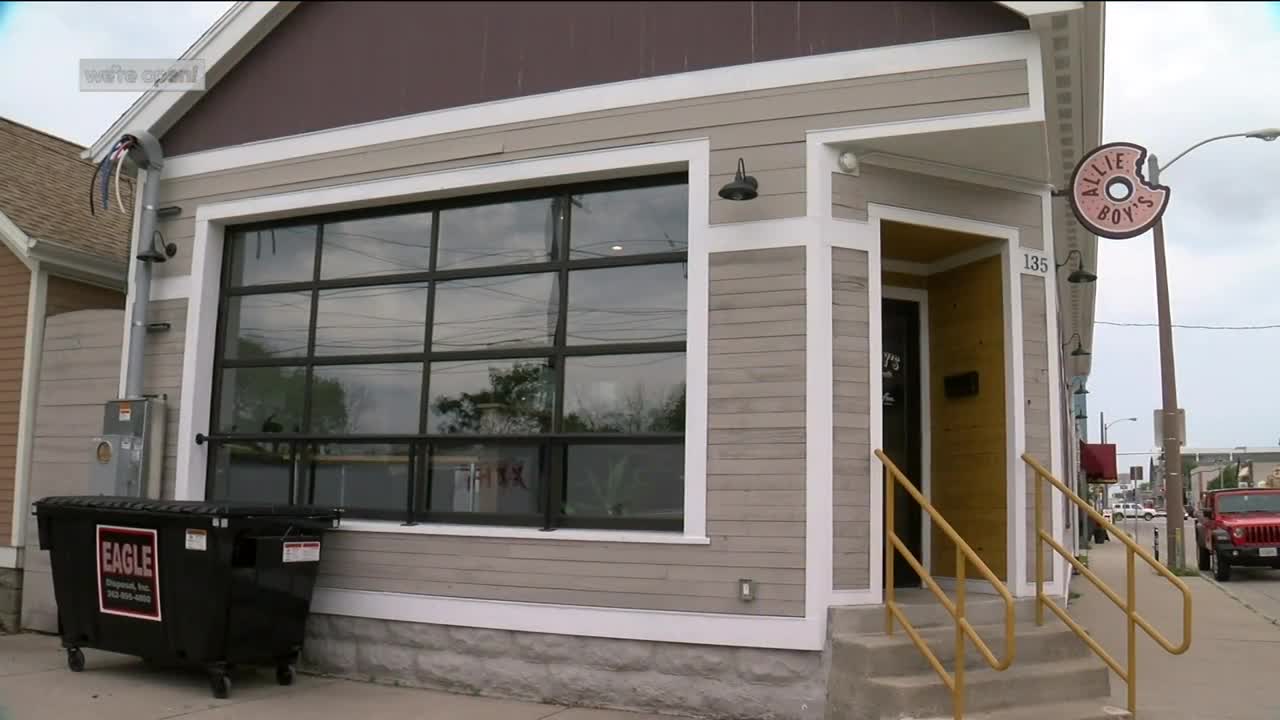 Open for just a month, Allie Boy's Bagelry &amp; Luncheonette is already proving to be a favorite breakfast spot in Walker's Point.

Open for just a month, Allie Boy's Bagelry & Luncheonette is already proving to be a favorite breakfast spot in Walker's Point.

The New York-style eatery sits near Barclay and National and is owned by the husband and wife duo of Staci Lopez and Ben Nerenhausen.

Ben grew up in the Middle East. Staci grew up on New York City's lower east side.

"I grew up with a lot of Jewish food. That was our sense of family, food. Everyone always hung out in the kitchen no matter how big the living room was," said Staci.

Ben says he was bombarded with flavors during his time in the Middle East. And setting up shop in Walker's Point was a no-brainer.

"We found a lot of similar things to Jewish fare that is already here with the eastern European influence that's already settled in this area," said Ben. "Things like smoked fish and cured meats seemed to resonate with us."

They say some of their best-sellers are the classic lox and the house-made pastrami sandwich.

Opening during a pandemic has been a challenge. But Ben says, "The community response has been great. The fact that we're still going a month in, and still getting busier and busier is very encouraging."

Both believe in the power of food to "bring people together, feed their souls, and make people happy." Staci adds that Allie Boy's "brings something new to Milwaukee while maintaining the culture that's here."

The future of Allie Boy's includes revamping their patio and upgrading their cocktail list.