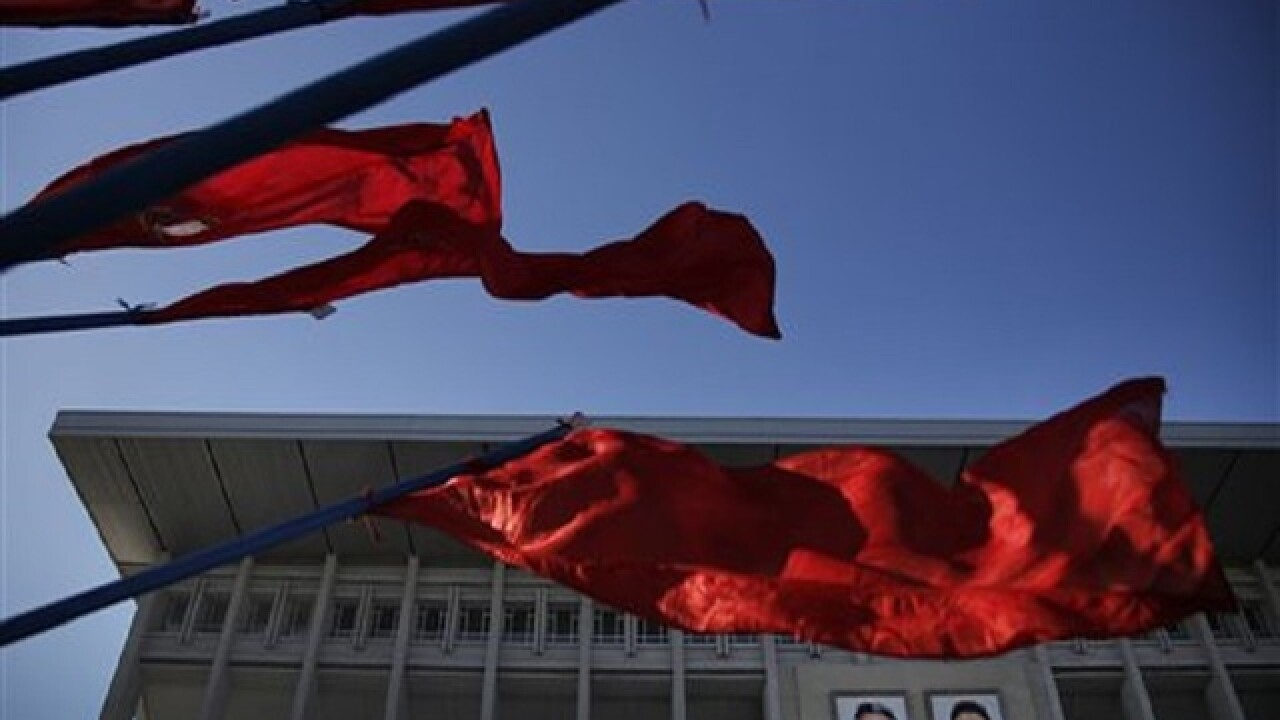 WASHINGTON (AP) — The United States on Wednesday proposed new restrictions to close off North Korea's access to the international financial system and to prevent the reclusive communist country from using banks to launder money that could be used for its nuclear weapons program.

A proposal under Treasury review would prevent foreign banks from using their accounts for dealings with U.S. banks to process financial transactions on behalf of North Korean banks.

"Basically they have put everyone on notice, if you do financial transactions with North Korea, you are subject to investigation by U.S. bank regulators who may exclude you from the U.S. market," said Marcus Noland, an expert on North Korea at the Petersen Institute for International Economics.

The Treasury Department was required by legislation enacted in February to consider whether to make the money-launder designation. Having made that determination, the government can impose penalties after a 60-day comment period.

Adam Szubin, acting undersecretary for terrorism and financial intelligence, urged other countries to take similar steps on severing banking ties with North Korea. After the North conducted atomic and missile tests early in 2016, the United Nations in March issued its toughest sanctions yet.

"It is essential that we all take action to prevent the regime from abusing financial institutions around the world — through their own accounts or other means," Szubin said in a statement.

Despite the international censure, North Korea has pressed ahead with weapons testing. The U.S. and South Korean militaries reported that North Korea conducted the latest in a series of failed ballistic missile launches on Tuesday.

But in Beijing, Chinese President Xi Jinping met with a high-ranking North Korean envoy on Wednesday, in an apparent move aimed at easing strains between the two countries.

China remains North Korea's biggest source of diplomatic support and economic help, but Beijing this year agreed to the new U.N. sanctions, and observers say trade exchanges between the two have declined dramatically.

Noland said major Chinese banks have stopped doing business with North Korea, and in the past month, Russian banks have followed suit, although smaller banks that have less to lose from being excluded from the U.S. market may still consider it worth their risk to conduct North Korea-related transactions.

The U.S. took a similar step in 2005 against a Macau-based bank, Banco Delta Asia, which held about $25 million in North Korean funds. Treasury declared the bank a primary money laundering concern, and the sanctions cut Banco Delta Asia off from the international dollar-based financial system and almost caused it to collapse.

The U.S. later lifted that restriction to facilitate nuclear talks with North Korea, but the stigma it created meant most banks have since avoided transactions with the North Korea even when they are not expressly banned.