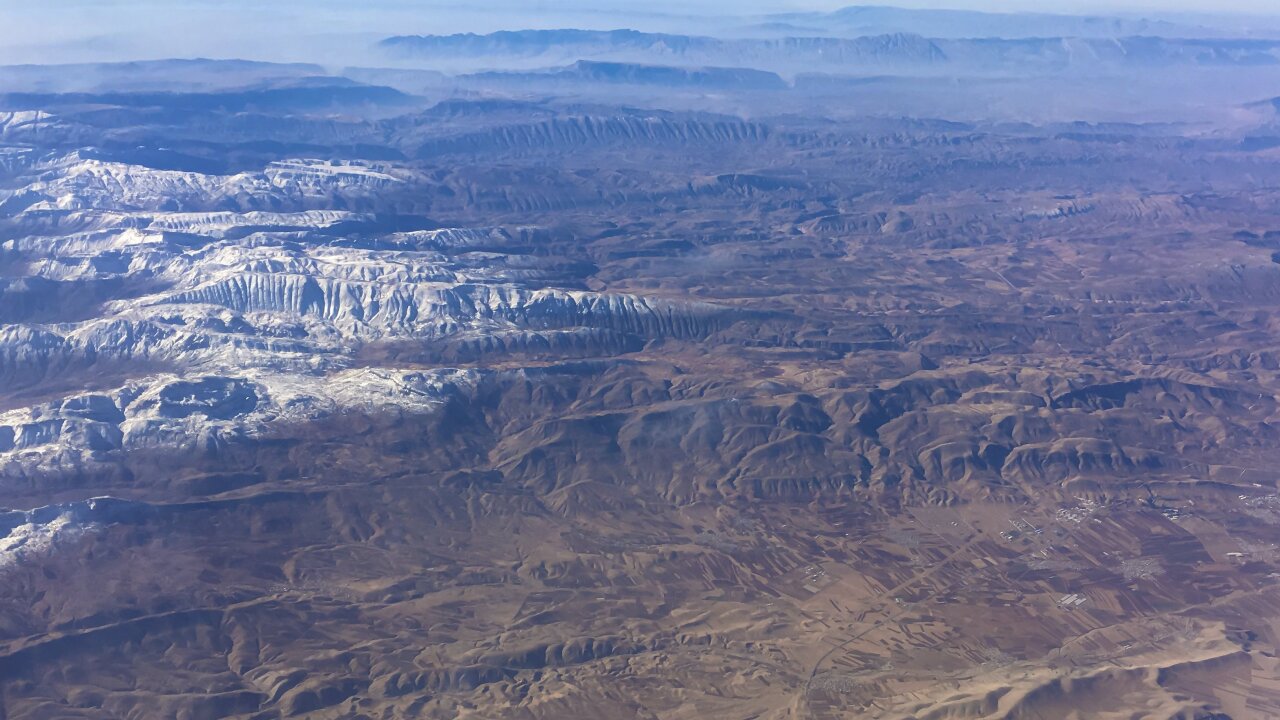 Turkey began a planned military offensive into northeastern Syria on Wednesday, launching airstrikes and artillery fire across the border just days after the Trump administration announced it was pulling US troops back from the area.

The operation is aimed at pushing Kurdish forces -- who were a key ally of the US in the fight against ISIS -- away from Turkey's border.

"Our aim is to destroy the terror corridor which is trying to be established on our southern border and to bring peace and peace to the region," Turkey's President Recep Tayyip Erdogan tweeted as he announced the start of the operation.

The Syrian Democratic Forces (SDF) who operate in the area are US allies. They are led by the Kurdish People's Protection Units (YPG), which Turkey considers a terrorist organization.

As a barrage of airstrikes and artillery fire volleyed into northern Syria , chaotic scenes unfolded on the ground as people tried to flee to safety. Roads were gridlocked with hundreds of fleeing families, motorcycles piled with five to six people and mattresses strapped to cars.

Reports began to filter in on Wednesday following the aerial bombardment, with the SDF tweeting that two civilians had been killed and two others injured in the village of Misharrafa, west of Ras al-Ain.

The SDF said civilian homes in the village of Sikarkah in eastern Qamishli and areas near the Bouzra dam in Derik -- which provides water to hundreds of thousands of civilians in northern Syria -- were also targeted.

The SDF suspended their counter-ISIS operations amid the bombardment in order to focus on the Turkish offensive.

"We will clash against the Turks to not allow them to cross the border. We will use all our possibilities against Turkish aggression," the group's spokesman Mustafa Bali tweeted.

The offensive comes days after US President Donald Trump provoked a storm of criticism, including from his own party, by announcing the pullback of US military forces from northeast Syria.

Trump defended his decision to withdraw troops from northern Syria on Wednesday, but added that the US "does not endorse" Turkey's operation.

"The United States does not endorse this attack and has made it clear to Turkey that this operation is a bad idea," the President said in a statement from the White House.

"From the first day I entered the political arena, I made it clear that I did not want to fight these endless, senseless wars -- especially those that don't benefit the United States ... We expect Turkey to abide by all of its commitments, and we continue to monitor the situation closely."

Turkey's Minister of National Defense, Hulusi Akar, tweeted that the United States, United Nations and NATO, among others, had been informed of the operation at 7 a.m. ET.

Ahead of the offensive Wednesday, Syria condemned Turkey's "aggressive behavior" and "hostile intentions," according to Syrian state news agency SANA. "The aggressive behavior of the Erdogan regime clearly shows the Turkish expansionist ambitions in the territory of the Syrian Arab Republic and cannot be justified under any pretext," a source at the Foreign Ministry said, SANA reported.

A source at the Foreign Ministry said in a statement Wednesday that the Syrian government holds some Kurds responsible for what is happening "as a result of their dependence on the American project."

Meanwhile, Russian President Vladimir Putin asked Erdogan to "carefully weigh the situation" in Syria, so as not to "harm the overall efforts to resolve" the crisis, according to a statement released by the Kremlin.

In the statement, the Kremlin also underlined "the importance of ensuring the unity and territorial integrity of Syria and respect for its sovereignty was noted on both sides."

The SDF called on on the international community Tuesday to help avoid a possible humanitarian disaster.

In series of tweets from the verified Twitter account of the SDF, the General Command said the border areas of northeast Syria "are on the edge of a possible humanitarian catastrophe." It went on to call on the international community and those countries fighting against ISIS "to carry out their responsibilities" to avoid a "possible impending humanitarian disaster."

The SDF, which has vowed to defend itself against any perceived Turkish incursion, called on the US-led coalition and the international community to implement a no-fly zone over northern Syria similar to the one implemented in Iraq.

The Turkish Defense Ministry said Tuesday that the Turkish military was "the only coalition and NATO army fighting the DAESH (ISIS) terrorist group in the Euphrates Shield Operation."

"Turkey is one of the countries most affected by DAESH's bloody activities and has fought against this terrorist organization both domestically and beyond its borders with increasing tempo and intensity," the ministry said in a tweet posted on its official twitter page.

The Euphrates Shield operation, launched in August 2016 inside Syrian territory, was not only aimed at fighting ISIS but also the YPG.

On Wednesday, the SDF said ISIS "sleeper cells" attacked Kurdish positions in Raqqa, Syria, in the early hours, as tweeted by Mustafa Bali, head of the SDF press office.

On Saturday, Erdogan announced that the country had "completed our preparations and action plan" and was ready to launch a "ground and air operation" east of the Euphrates river, with the goal of establishing "peace" by clearing the region of "terrorists."

Reinforcements deployed by the Turkish army could be seen arriving at the border town of Akcakale on Tuesday, according to the state-owned Anadolu news agency.

The Kurds have long been considered as among Washington's most reliable partners in Syria and in the broader campaign against ISIS in the region.

US-backed Kurdish forces have been responsible for holding all captured ISIS fighters in the area. However, according to the White House, this responsibility will now fall to Turkey.

On Monday, Trump said he was "not siding with anybody" -- Kurdish forces or the Turkish government -- and reiterated an earlier warning to Turkey about potential economic devastation.

"I told Turkey if they do anything outside of what we think is humane ... they could suffer the wrath of an extremely decimated economy," the Trump said.

"Turkey will teach a lesson to terror organizations that threatens our southern border and we will give an opportunity for Syrian refugees who are currently in Turkey," Oktay said. "Our message to international community is clear. Turkey is not a country that will bow to threats."