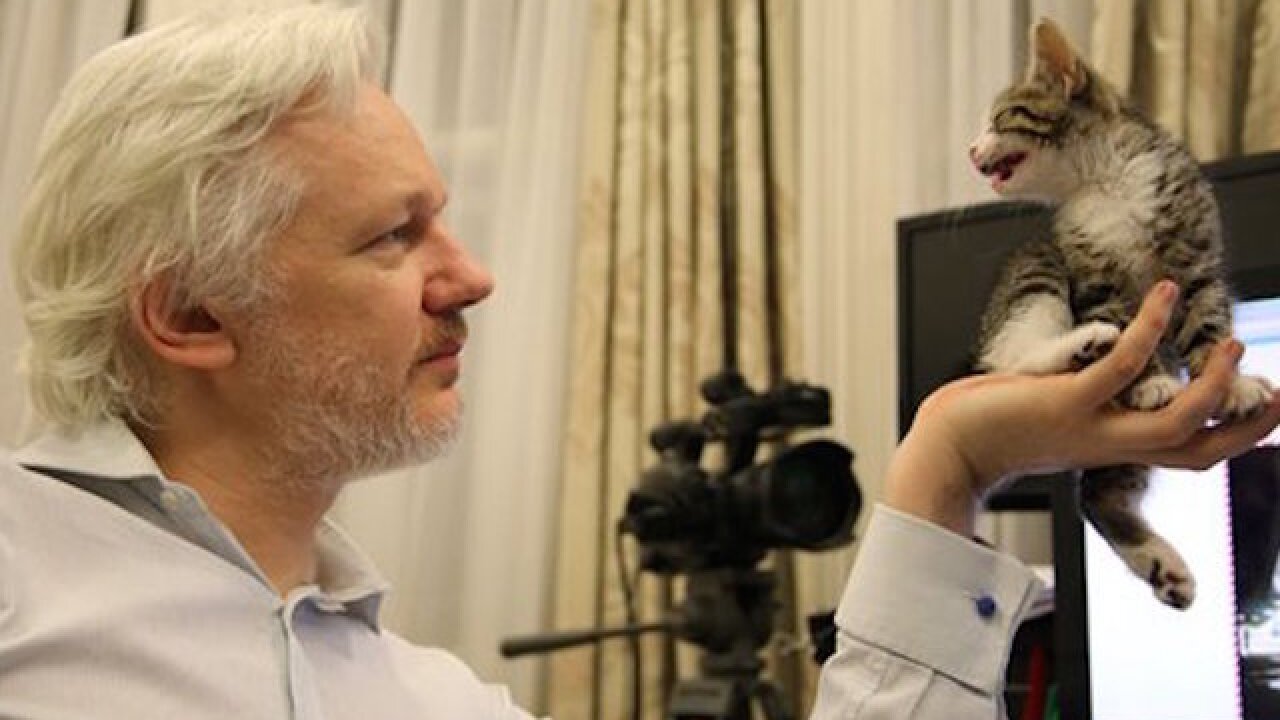 Copyright Associated Press
<p>This is an undated handout photo issued by Sunshine Press made available Tuesday May 10, 2016 of WikiLeaks founder Julian Assange with a kitten in Ecuador's embassy in London . It may not be so lonely for WikiLeaks founder Julian Assange in the embassy quarters he's called home for nearly four years. Now he has a kitten to keep him company.The kitten had not been named yet. (Sunshine Press/Wikileaks via AP)</p>

HELSINKI (AP) — A Swedish court has turned down a request to overturn the arrest warrant of WikiLeaks founder Julian Assange.

The Stockholm District Court says it made the decision because Assange is still wanted for questioning in a case of suspected rape and there is a possibility he might evade prosecution.

The court said Wednesday that no new circumstances had come to light warranting another detention hearing.

Assange, who has been holed up in the Ecuadorean Embassy in London since 2012, is wanted for questioning by Swedish police over rape allegations when he visited the country in 2010.

The court said that it disagrees with an earlier U.N. panel hearing, which found Assange's stay at the embassy constitutes arbitrary detention.