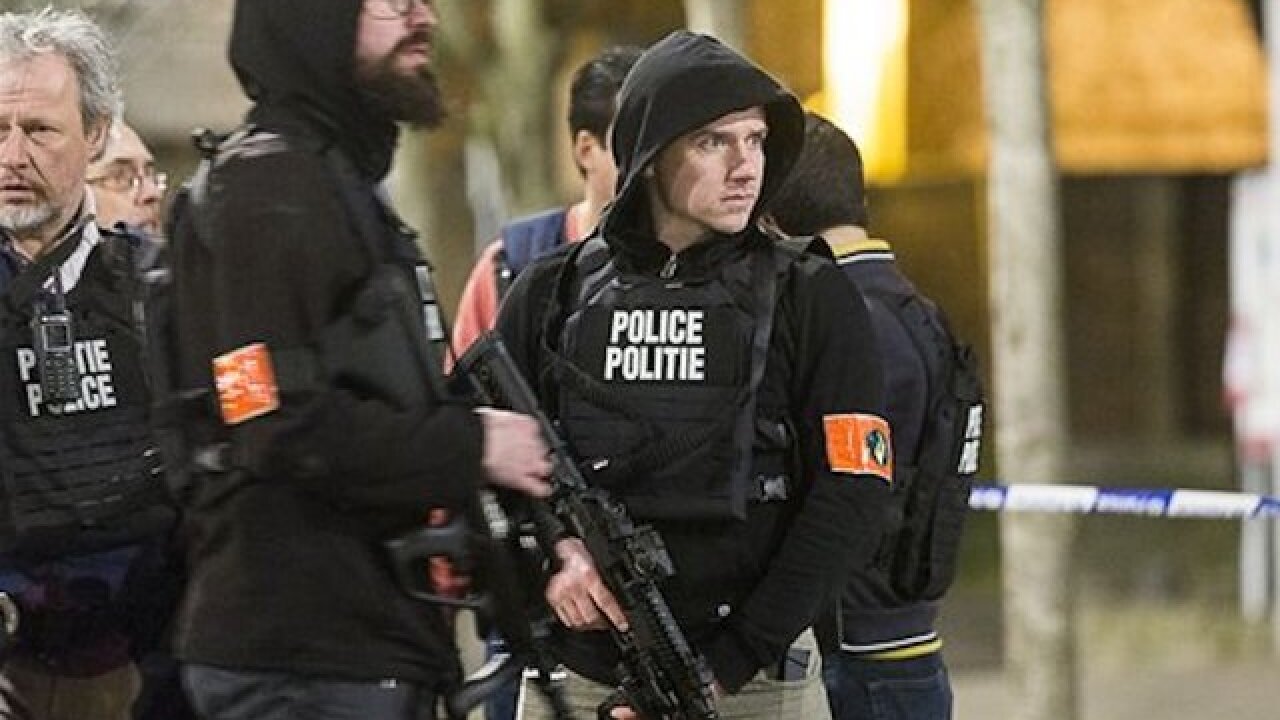 Copyright Associated Press
Thierry Monasse
<p>Police officers secure an area during an apartment raid in Brussels on Tuesday March 15, 2016. Belgian police launched an anti-terror raid linked to last year's Paris attacks in a Brussels neighborhood on Tuesday. A police official, who requested anonymity because the operation was still ongoing, said the exact circumstances of the incident were still unclear, and that several police officers were injured. (AP Photo/Thierry Monasse)</p>

BRUSSELS (AP) — Belgian investigators were hunting Wednesday for two suspects who fled an apartment linked to the Nov. 13 attacks in Paris, after a police sniper killed a third man and uncovered weapons, ammunition and an Islamic State flag, officials said Wednesday.

Four officers were wounded in the joint French-Belgian raid in a Brussels neighborhood and related searches.

Officials said the hunt is on for two more suspects who have not been identified. Two people were in custody.

The dead man was identified as an Algerian man living illegally in Belgium, Mohamed Belkaid, whose only contact with authorities appeared to be a years-old theft charge, said Thierry Werts, the Belgian federal prosecutor.

Belkaid, 35, was shot to death by a police sniper as he prepared to fire from a window, Werts said. Police also detained one man who was dropped off at a nearby hospital with a broken leg and another found in an overnight house search.

Werts and Eric Van der Spyt, his office's spokesman, said a decision would be made later on whether to hold or release the two.

The patient with the broken leg has not yet been questioned, they said.

The anti-terror raid in the Forest neighborhood was linked to the Nov. 13 gun-and-bombing attacks on a stadium, cafes and a concert hall in Paris that left 130 people dead.

Since the Paris attacks, the officials said 58 people have been arrested in the direct investigation and another 23 arrested in related probes.