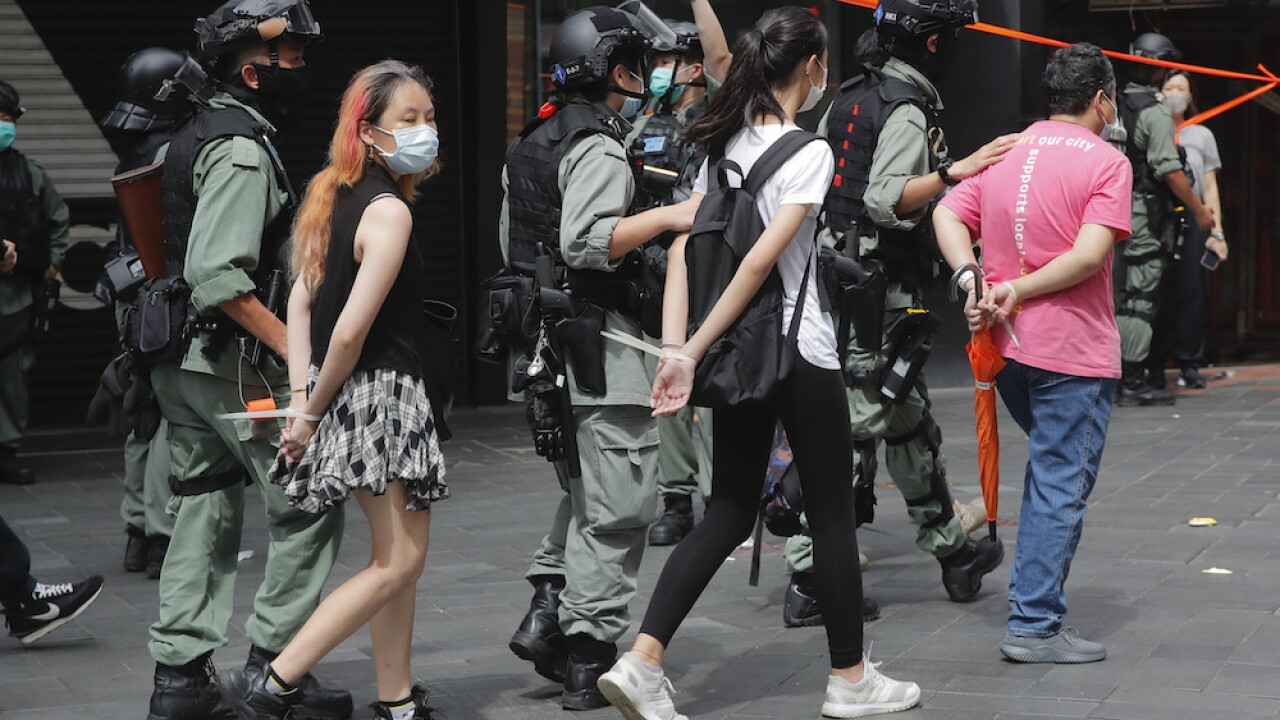 Copyright 2020 The Associated Press. All rights reserved
Kin Cheung/AP
Police detain protesters after during a protest in Causeway Bay before the annual handover march in Hong Kong, Wednesday, July. 1, 2020. Hong Kong marked the 23rd anniversary of its handover to China in 1997, and just one day after China enacted a national security law that cracks down on protests in the territory. (AP Photo/Kin Cheung)

HONG KONG — Hong Kong police have made their first arrests under a new national security law imposed by mainland China.

At least seven people were arrested under the law, including two who were carrying a Hong Kong independence flag or a sign calling for Hong Kong’s independence.

The law, which took effect Tuesday night, makes activities deemed subversive or secessionist punishable by up to life in prison. It appears directly aimed at some of the activities that occurred during anti-government demonstrations last year.

The seven arrests under the new law were among more than 180 people detained Wednesday on various charges on the 23rd anniversary of the former British colony’s handover to Chinese rule.