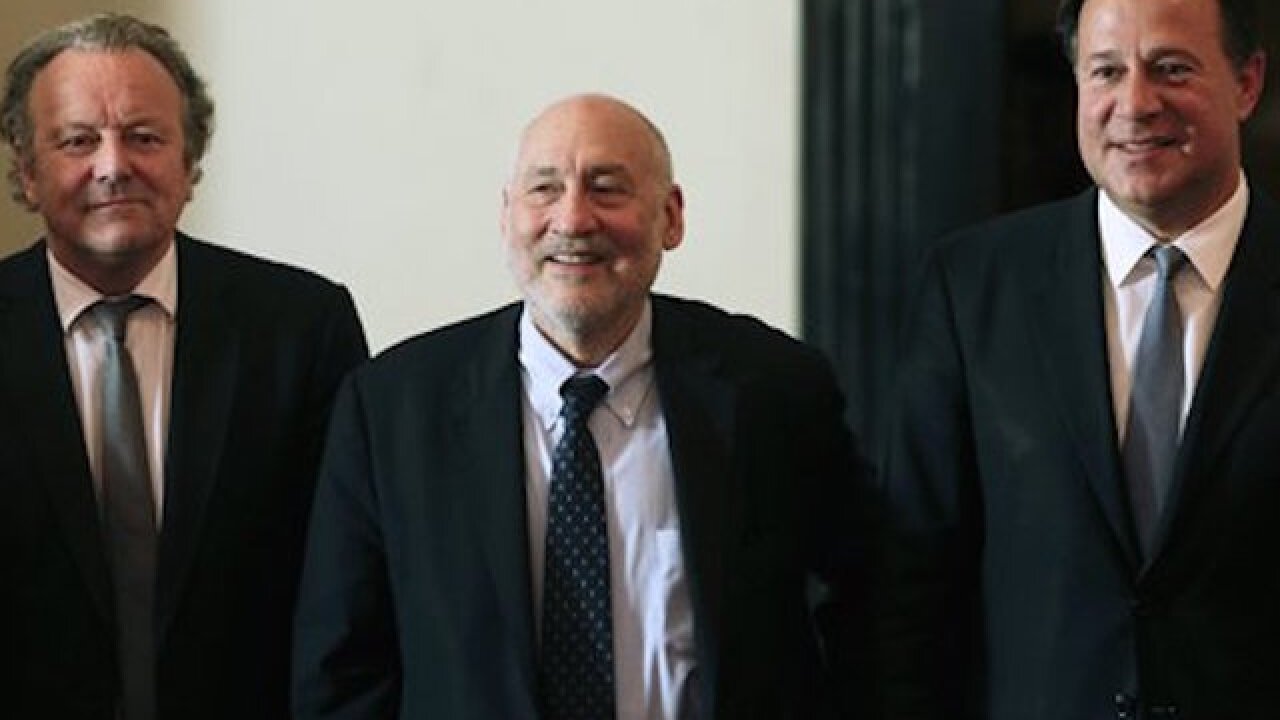 Copyright Associated Press
Arnulfo Franco
<p>Panama's President Juan Carlos Varela, right, poses for a photo with Nobel economics laureate Joseph Stiglitz, center, and Mark Pieth, a professor of criminal law and criminology at the University of Basel, in Panama City, Friday, April 29, 2016. The government of Panama has established a committee of independent experts to make recommendations on cleaning up the country's financial system, after leaks of documents from the Panamanian law firm Mossack Fonseca caused an international uproar over offshore accounts. The advisory group includes Stiglitz and Pieth. (AP Photo/Arnulfo Franco) </p>

BRUSSELS (AP) — The European Union will have talks with Panamanian authorities on Wednesday in the wake of the offshore accounts scandal centering on people and multinationals stashing funds and avoid paying taxes, something which costs the EU billions a year.

The meeting comes at the request of the Panama's ambassador but is welcomed by the 28-nation EU.

EU spokeswoman Vanessa Mock said that the EU was "very keen to talk to Panama as it is one of the countries that featured on our preliminary list last year of non-compliant tax jurisdictions," where illicit tax practices still could take place.

The EU estimates it loses up to 70 billion euros ($80 billion) in revenue every year because of tax avoidance.