Copyright 2018 Scripps Media, Inc. All rights reserved. This material may not be published, broadcast, rewritten, or redistributed.
NASA
By: WFTS Webteam
Posted at 10:39 AM, Jan 22, 2018

A 'Super Blue Blood Moon' will be visible in the United States in a rare space event on Jan. 31.

The Jan. 31 full moon is special because it's the third in a series of supermoons, when the Moon is closer to Earth in its orbit and about 14 percent brighter than usual.

It will also be the second full moon of the month, commonly known as a blue moon.

NASA says the super blue moon will pass through Earth's shadow to give viewers in the right location a total lunar eclipse. While the Moon is in the Earth's shadow it will take on a reddish tint, thus the blood moon aspect. 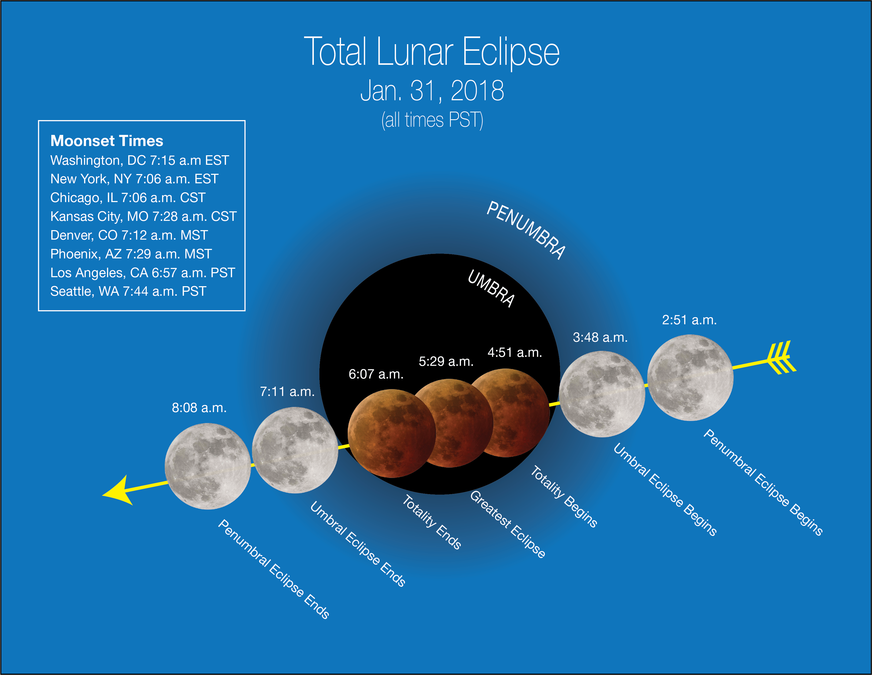 For us on the east coast, Gordon Johnston, program executive and lunar blogger at NASA Headquarters in Washington, says your best opportunity is to go outside at about 6:45 a.m. and get to a high place to watch the start of the eclipse. He also says to make sure you have a clear line of sight to the horizon in the west-northwest direction, opposite from where the sun will rise.

However, the west coast of the country will have a much better view, as they should be able to see totality from start to finish.

For more on the 'Super Blue Blood Moon,' click here.