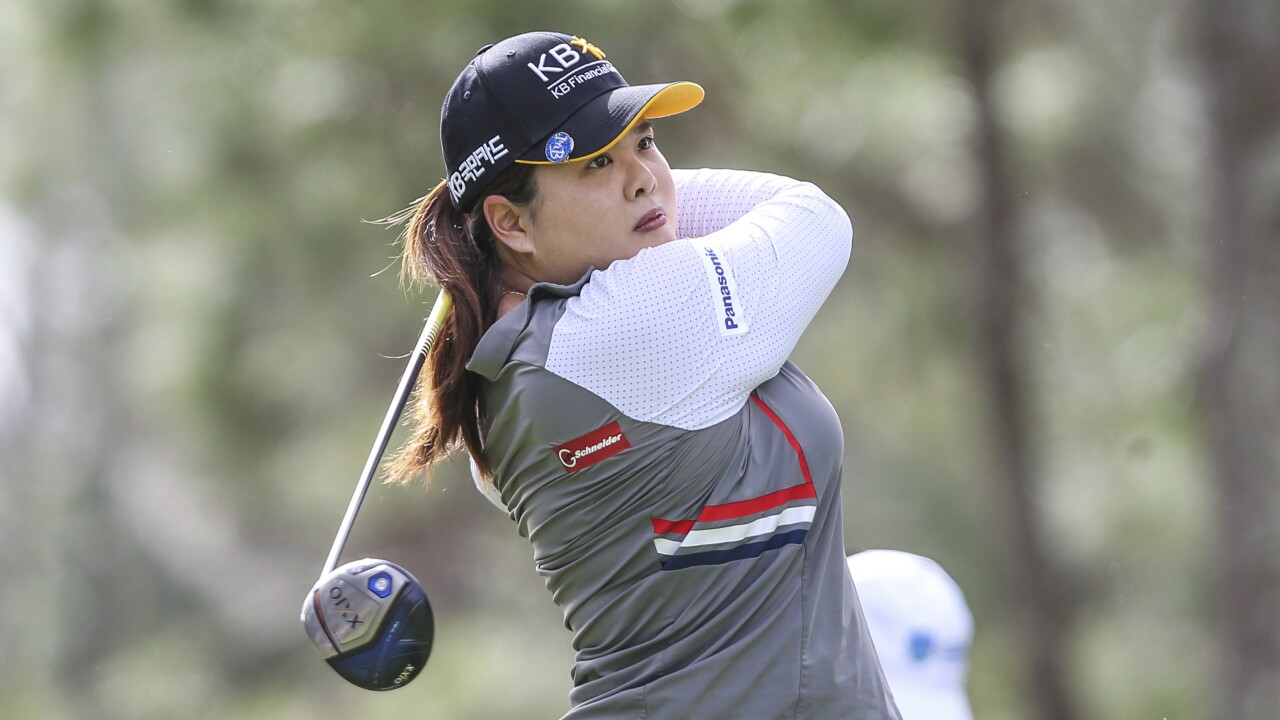 Gary McCullough/AP
Inbee Park, of Korea, drives from the 2nd tee during during the final round of the Tournament of Champions LPGA golf tournament Sunday, Jan. 19, 2020, in Lake Buena Vista, Fla. (AP Photo/Gary McCullough)

She bogeyed the ninth hole but still turned five shots ahead of the field and went out to a seven shot lead early on the back nine at the Royal Adelaide Golf Club.

She walked off the 16th green only two shots ahead of American Amy Olsen but finished strongly to claim her 20th LPGA title.