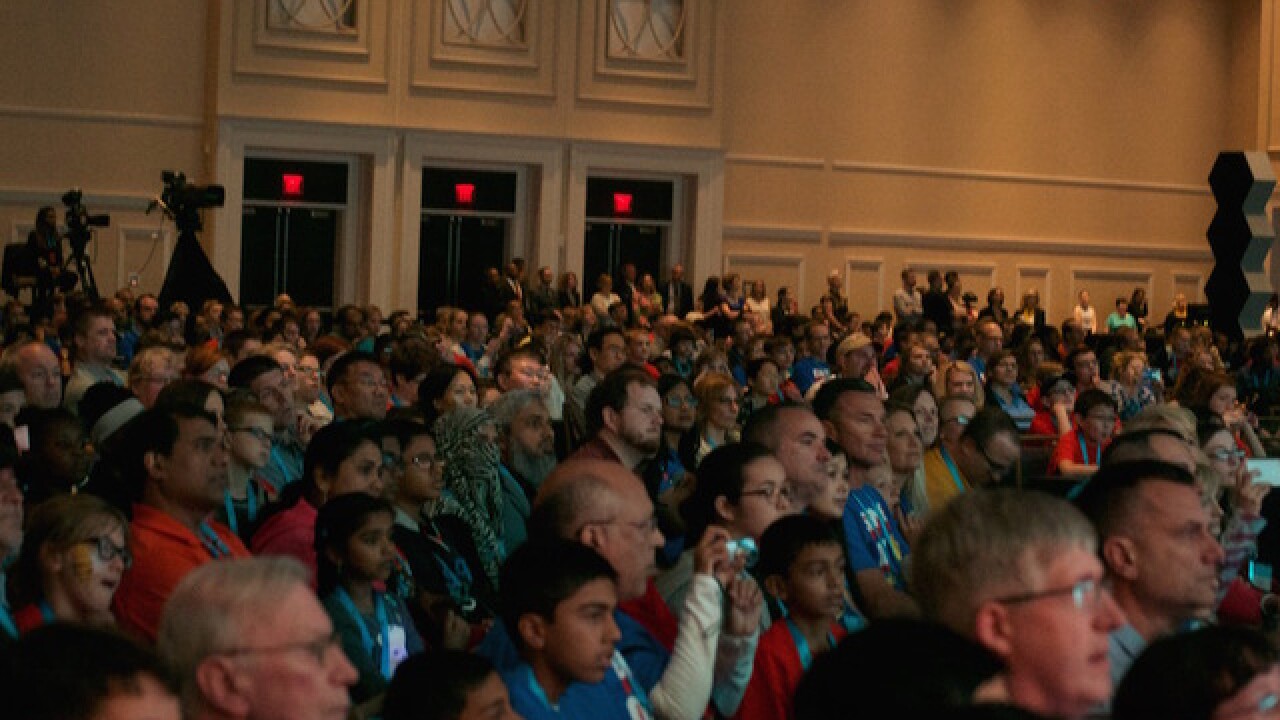 NATIONAL HARBOR, Md. - One day before preliminary rounds begin at the 2016 Scripps National Spelling Bee, the 284 spellers on hand for this year’s Bee got to take a field trip to the Smithsonian National Zoo Monday afternoon.

There, spellers and their families got to enjoy barbecue, caricature drawings, limbo games and the zoo itself.

Spellers were treated to a pleasant afternoon in the nation’s capital as rain was in the forecast for Monday’s visit to the zoo.

The Bee held a welcome ceremony for spellers and their families after their return from the Zoo.

“Think before you spell,” Jaiswal told the audience. “Once you say the wrong letter, skip a letter, or mix up the order, that’s it – game over.”

Before spellers go on the stage Wednesday, all spellers will take an hour-long multiple-choice exam Tuesday morning to test the spellers on spelling and vocabulary.

Coupled with the spellers’ performance during round Nos. 2 and 3 on Wednesday, the preliminary test will help narrow the field in advance for Thursday’s finals.

Round Nos. 2 and 3 will be on ESPN3 all day Wednesday. ESPN2 and ESPN will carry the finals.