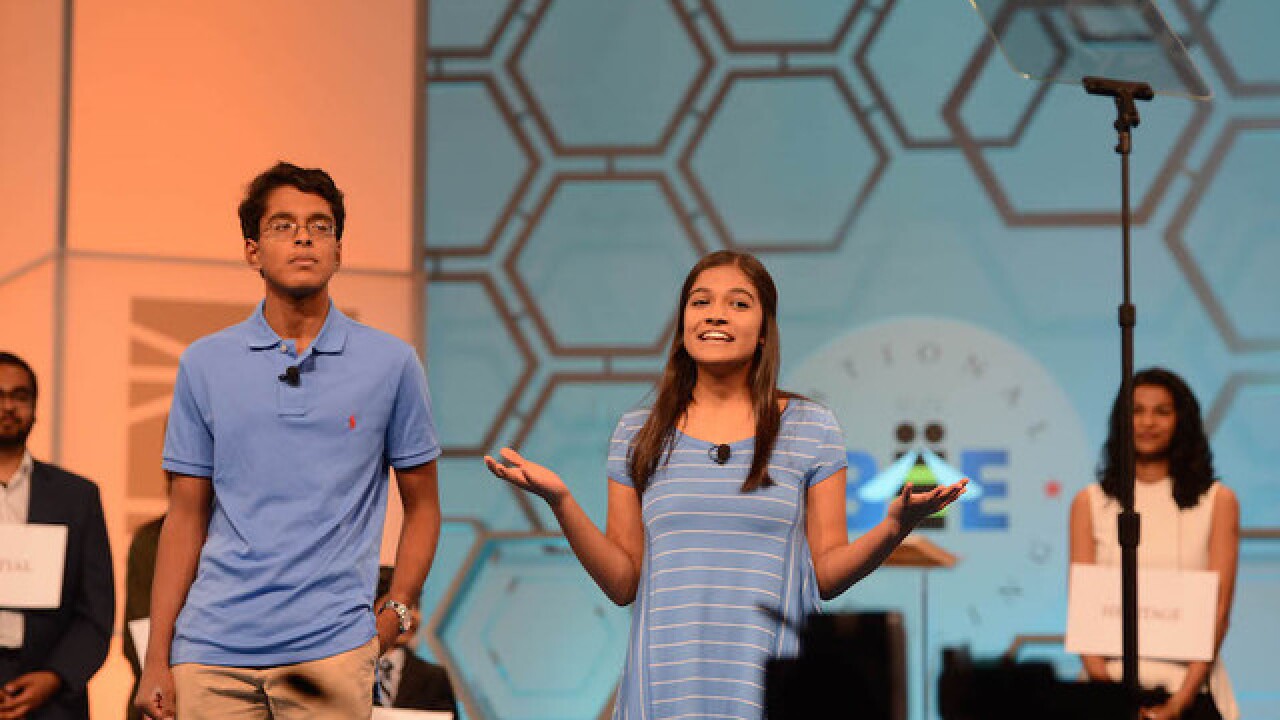 -       6 is the age of the youngest speller participating in this year's Bee. His name is Akash Vukoti and you can read about him here .
-       11 international spellers, representing The Bahamas, Canada, Germany, Ghana, Jamaica and South Korea will participate.
-       30 spellers who use English as a second language, speaking 19 different native languages are competing.
-       70 spellers who are returning to the Bee for at least their second Bee. Among the 70 returning spellers, nine have participated in two previous Bees, and one speller is returning for his fourth Bee.
-       75 words make the championship list, an increase from last year’s list of 25, which produced co-champions.
-       89 is the number of years the Scripps National Spelling Bee has been held. Scripps has been the organizer of the Spelling Bee for 75 of the 89 years.
-      1980 is the year pronouncer Jacques Bailly won the Scripps National Spelling Bee. His laid back attitude has made him beloved by spellers and fans alike.
-      $40,000 is the grand prize for this year's Spelling Bee.
-      11 million spellers participated in this year's Scripps National Spelling Bee at various levels.

The second and third rounds of the Scripps National Spelling Bee will be streamed live on ESPN3 Wednesday beginning at 8 a.m. ET. The finals begin on ESPN2 at 10 a.m. ET on Thursday, and conclude on ESPN at 8 p.m. Thursday.