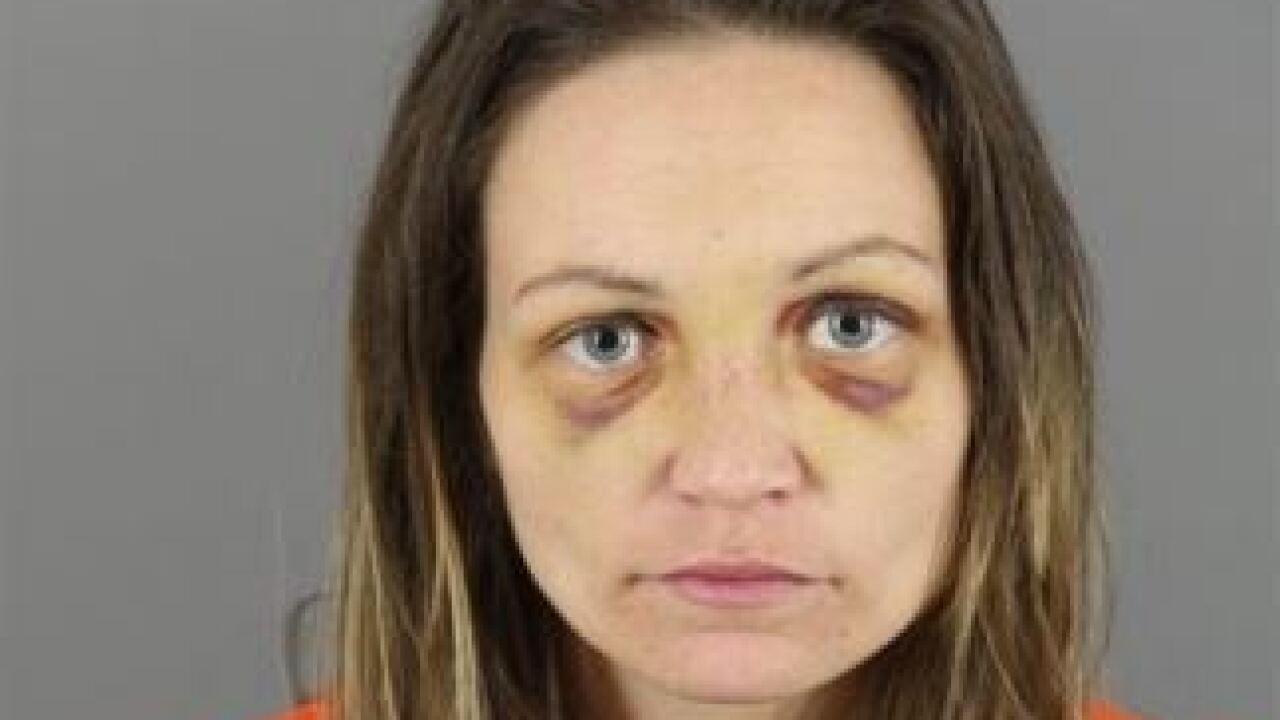 BROOKFIELD — A woman has been charged after driving under the influence and causing a crash that involved a Waukesha County Sheriff's Officer.

Jamie Robinson, 32, is facing two counts of intoxicated use of a vehicle causing great bodily harm after she struck a vehicle on I-94 causing it to crash into a squad car.

On Jan. 17 around 9:48 a.m., Waukesha County heard reports of a car accident on I-94 near South Elm Grove Rd. involving a squad car.

Around the same time, Officer Wrightsman with the City of Brookfield was scanning his radio when he heard Deputy Sarah Kralovetz, the driver of the squad car that was struck. She was screaming and saying she had been in an accident and couldn't feel her legs.

Wrightsman immediately responded with lights and sirens. He was the first to arrive on the scene. When he got there he saw that there were three vehicles involved in the crash. There was a red Prius, the squad car, and a gray Volkswagen SUV.

Wrightsman immediately went to aid Deputy Kralovetz who was still in her vehicle.

Other officers arrived on the scene and checked on the passengers of the other two vehicles. The operator of the red Prius was being helped by a physician who had pulled over after seeing the accident.

Emergency services arrived on scene and took Kralovetz and the Prius driver to a local hospital.

The operator of the gray Volkswagen SUV, Robinson, was questioned on the scene. According to the criminal complaint, Robinson was very vague with her answers and couldn't precisely recall what had happened.

She claimed she was driving and went to rub her eye. That was when she struck a vehicle but couldn't recall which vehicle she hit.

After looking at DOT footage, officers discovered Robinson's vehicle struck the Prius causing the Prius to lose control and hit the squad car.

The deputy questioning Robinson noticed she had very quick movements and seemed hyperactive. He asked Robinson if he could take her somewhere to conduct a field sobriety test. Robinson agreed.

Following the field sobriety tests, Robinson was taken to the hospital for a drug test. When she refused to give blood, a search warrant was issued. Doctors then took her blood, which was sent to the labs for testing.

Additionally, officers found what they believed to be marijuana in her vehicle along with prescription pills.

Taking into account the results of her field sobriety tests and items found in her vehicle, Robinson was placed under arrest for an OWI.

Robinson is now facing two counts of intoxicated use of a vehicle causing great bodily harm. Each count is punishable up to 12 years in prison. Additionally, due to previous charges against Robinson, these sentences could be increased by an additional two to six years, each.