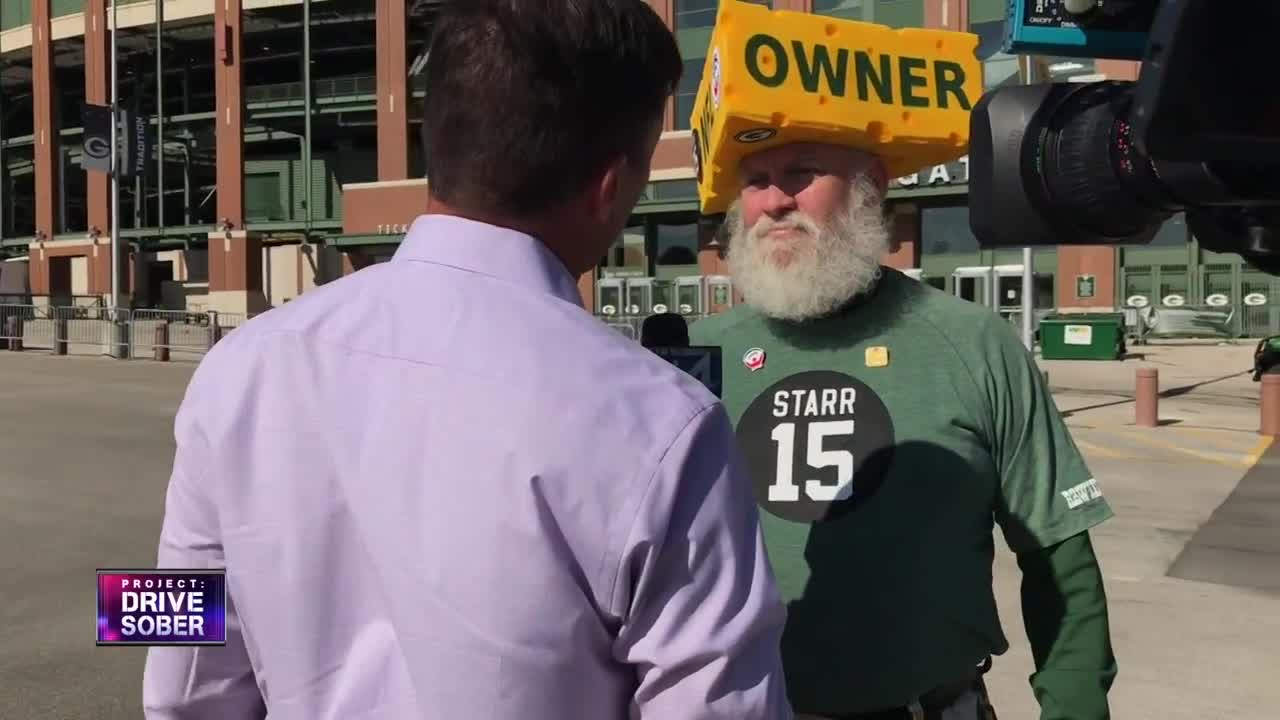 Maybe you've seen him at all things Packers. Steve "The Owner" Tate. Packers superfan, who has quite the story to tell."I have alcoholism. I need a lot of help," Tate says.

Maybe you've seen him at all things Packers. Steve "The Owner" Tate. Packers superfan, who has quite the story to tell."I have alcoholism. I need a lot of help," Tate says.

Steve is an unofficial ambassador, for the Pack. After an incident 32 years ago that drastically changed his life.

At first, treatment was a slow process that Steve didn't like.

"It started working, and I wasn't happy with that," Tate explained.

TODAY'S TMJ4 Main Sports Anchor Lance Allan asks "have you had had a drink in 32 years?" "No, but my judgment, well that's questionable! Doesn't everybody wear insulation on their head on an 80-degree day?" Tate says with a laugh.

Lance Allan asks "you have an amazing 2nd chapter of your life, have you not? "It's amazing most of the time," Tate replies.

And now at Packers events and games, he surrounds himself with Packers fans and other fans. Which helps keep him sober.

"No person is an island...good, indifferent or bad. Vince Lombardi said it and it's on the top of my cheesehead. God, Family, Packers...I blacked out. I could have killed someone. Now I'm freer than free," Tate exclaims.