State lawmakers take up OWI bills in the Assembly 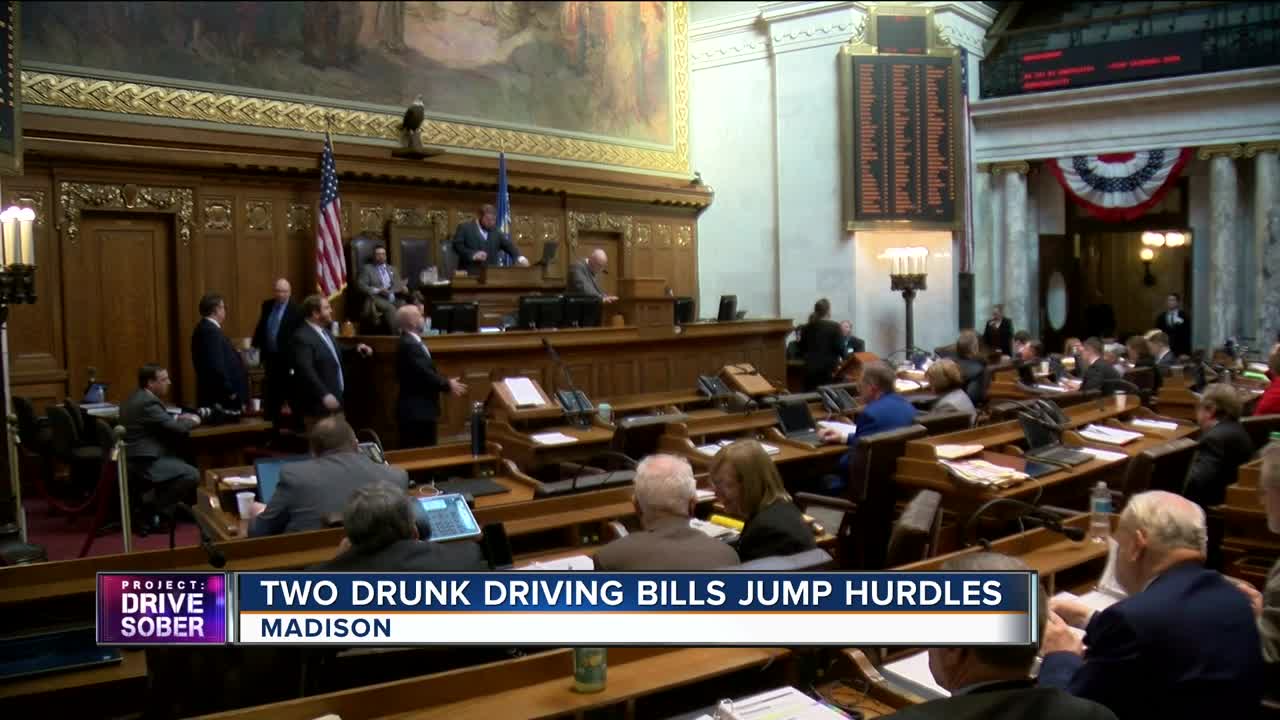 By Tuesday afternoon the Wisconsin state legislators voted unanimously to send one a drunk driving bill to the Senate.

MADISON — By Tuesday afternoon the Wisconsin state legislators voted unanimously to send one a drunk driving bill to the Senate.

Assembly Bill 379 bill deals with first, second and third offense intoxicated use of a vehicle.

Another bill expected to pass the Assembly and head to the governor's desk imposes an 18 month mandatory minimum for 5th and 6th OWI offenders. Judges would have the option to issue a lighter sentence with an explanation. Currently, a repeat offender can get as little as 6 months.

Representative Evan Goyke says the bills send a message, but there is more to be done.

"What we haven’t tackled is what the evidence suggests we need to do to really reduce drunk driving and that’s make it harder to get away with that crime. The evidence is really clear deterring crime is best done when you increase apprehension not just increase the severity of the consequence s of getting caught," said Goyke.

A few months ago Governor Evers signed a law beefing up penalties for individuals who commit homicide while driving drunk.