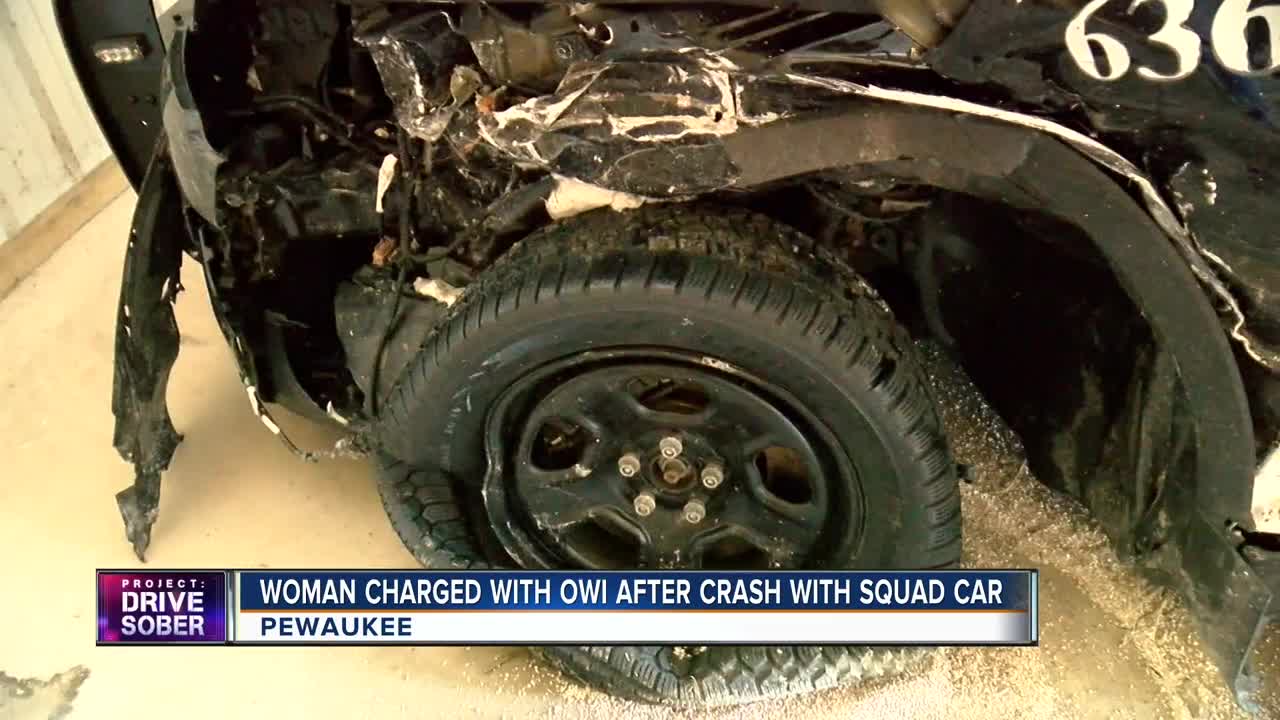 A police sergeant on patrol became the victim of a suspected drunk driver over the weekend. 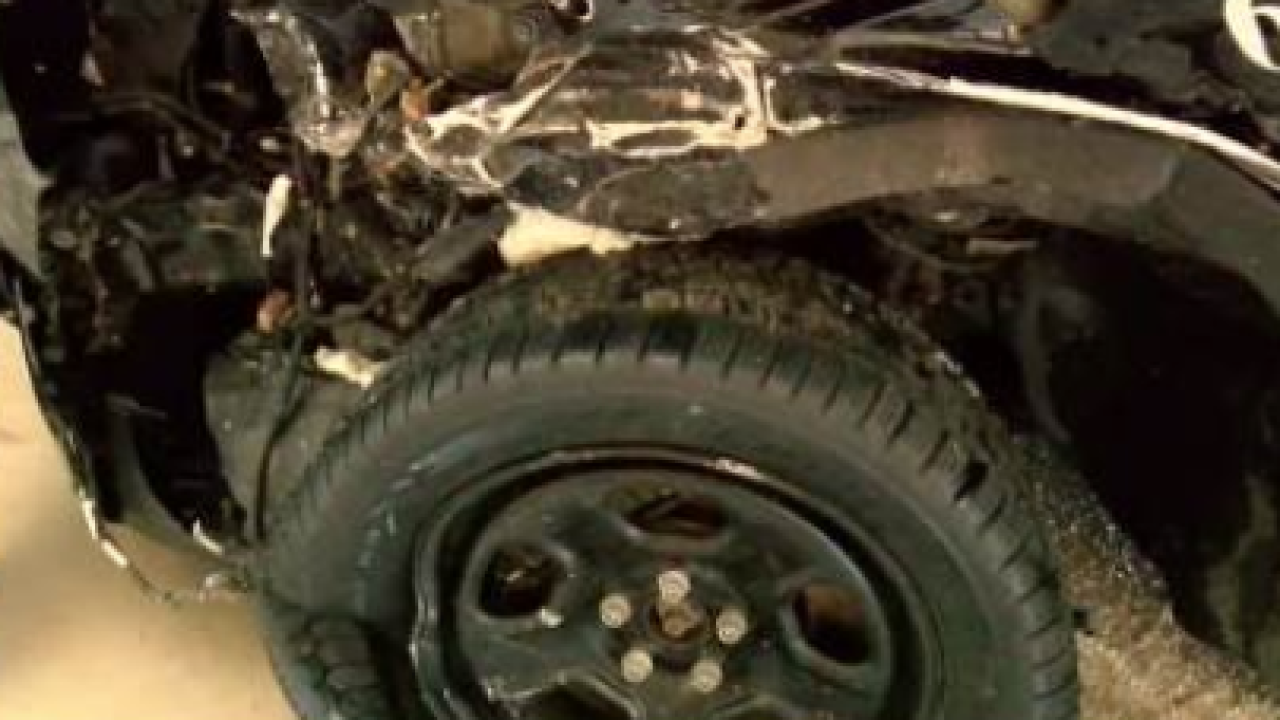 PEWAUKEE — A police sergeant on patrol became the victim of a suspected drunk driver over the weekend.

According to a criminal complaint, Pewaukee Police Sgt. Nicholas Welch was going west on Capitol Drive near Meadow Creek Drive about 1:30 a.m. Sunday when Samantha Sabol, who was driving eastbound, ignored a flashing yellow arrow and smashed into Welch on a turn. Both drivers were taken to a local hospital.

"This is how fast life can go past in front of you," said Detective Craig Drummy of Pewaukee Police.

Drummy showed us what was left of Welch's squad car. The front end was heavily damaged, the airbags were deployed and the front axle broke. Drummy said Welch believed the broken axle helped keep the SUV from flipping over.

"This is borderline a head-on collision. If it would've been tenths of a second later, yeah, it would've gone right into the driver side door," said Drummy.

According to court documents, Sabol told investigators she drank three White Claws at a friend's house and consumed intoxicants until about 45 minutes before the crash. She said she called her mother for a ride home, but when she did not answer, Sabol decided to drive. She told investigators numerous times she should not have been driving.

Authorities noted Sabol did not pass field sobriety tests, and on a preliminary breath test she blew a 0.166.

Sabol was charged with a first-offense OWI causing injury.

Pewaukee Police hope sharing this story will remind others one bad choice can change people's lives.

"This is borderline a head-on collision. If it would've been tenths of a second later, yeah, it would've gone right into the driver side door." — Detective Craig Drummy

"Make smart choices. Call family. Call an Uber. Don't get in your vehicle (or) put your key in (the) ignition if you think you had too many," said Drummy.