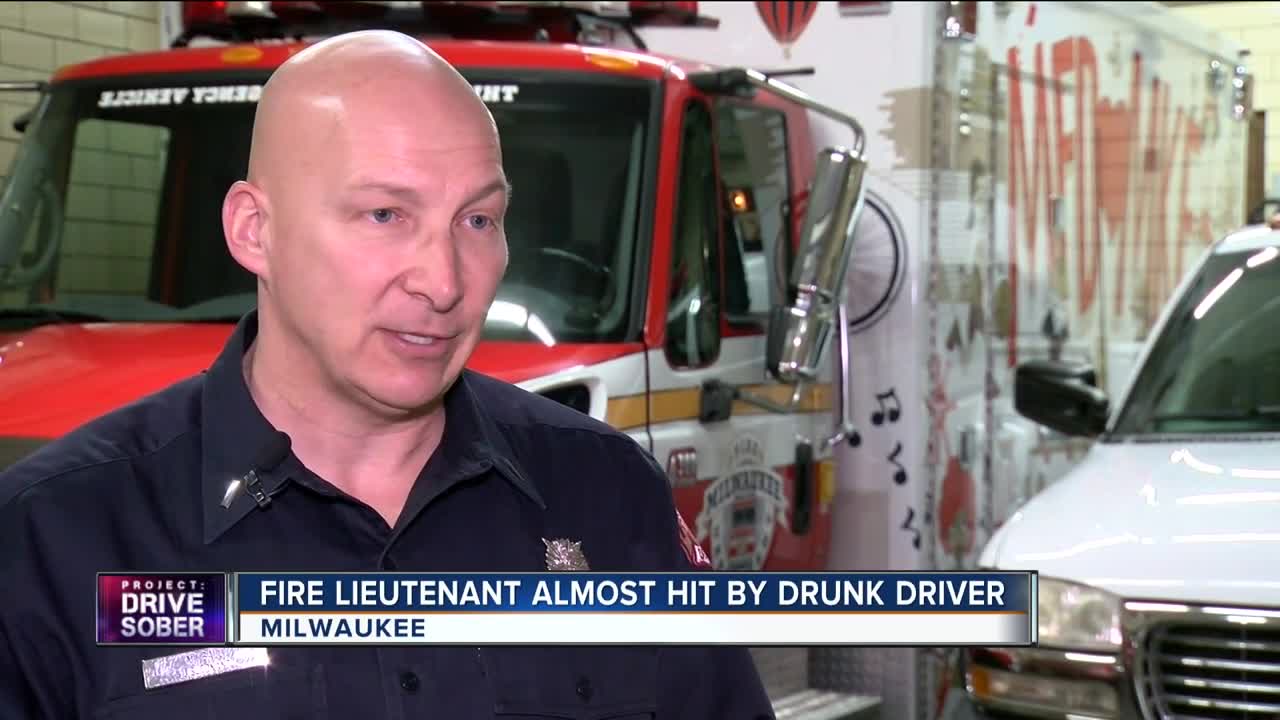 Seven years ago, Lt. Michael Ball was almost killed by a wrong way driver at 7 a.m. on New Year Day. But the person behind him was hit head on, and killed instantly.

As preparations are underway for New Year's Eve parties around our area, it comes with a painful reminder for one local firefighter. His message, even hours after New Year's Eve ends, is to make sure you are not driving drunk.

Seven years ago, Lt. Michael Ball was almost killed by a wrong way driver at 7 a.m. on New Year Day. But the person behind him was hit head on, and killed instantly.

The wrong way driver on I-94 was drunk and barreling towards Ball.

"I had very little time to ponder what I was going to do," he said. "It was three seconds, maybe four."

Ball stayed as close to the median as he could and waited for the worst.

"I hugged the wall to the left as much as I could, kind of half closed my eyes," he said. "I braced for the impact."

The driver only sideswiped Ball. But as he kept going, he hit a woman driving behind him, head on, killing her. The man driving the wrong way, Leopoldo Salas-Gayton, had a blood alcohol count nearly double the legal limit. He went to jail for killing Corrie Damske, 34. The single mother left behind a little girl.

"We can party into wee hours of the morning and maybe take a couple hours nap and think you are ok when you get up," said Lt. Ball. "Alcohol takes a while for it to come out of your system and a few hours nap is not going to do that."

His message now is that no matter what time it is, make sure you have a safe way home.

"Think about how you are going to get home," he said. "These are so many different options and there is no excuse to getting behind the wheel if you have had a few to drink."

There are a variety of free rides being offered on New Year's Eve. That includes free bus rides on the Milwaukee County Transit System bus. Miller Lite is paying for those rides.

You can also get a free Uber ride home if you have never downloaded the app. Just enter the code MILLERTIME18.

If you are at a bar, you can ask a server for a SafeRide. That will get you a free cab ride home paid for by the Tavern League of Wisconsin. They offer SafeRides at most bars across the state.