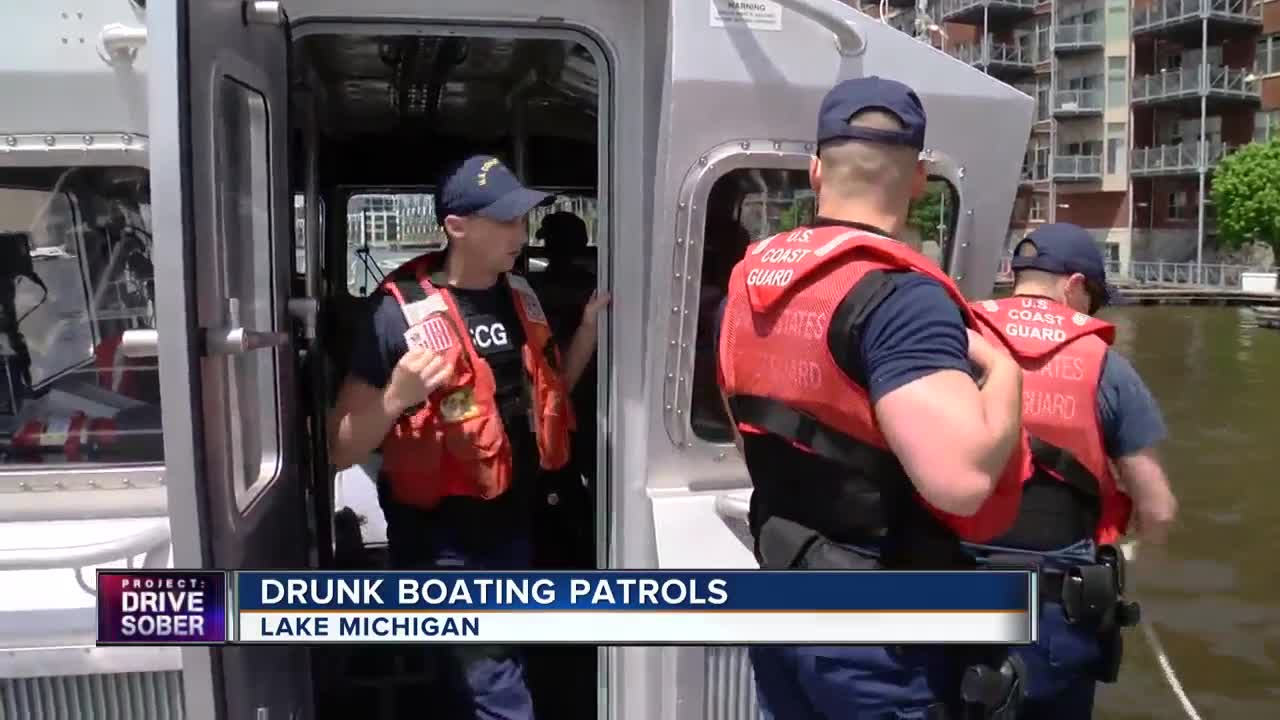 As long as the weather cooperates, the U.S. Coast Guard is out on the water. Machinery Technician 3rd Class Alex Donald and crew patrol Lake Michigan pretty much every day.

As long as the weather cooperates, the U.S. Coast Guard is out on the water. Machinery Technician 3rd Class Alex Donald and crew patrol Lake Michigan pretty much every day.

"We'll just start with your license and registration so we can get the paperwork going," said Alex Donald.

During safety checks, crews look for a number of things, including drunk drivers.

"The driver can have a beer in the console, but he just can't be over the limit and he can't be OWI or acting recklessly" said Donald.

Like drivers on the road, those behind the wheel on the water in Wisconsin can't be over the legal limit of .08.

Members of the Coast Guard carry a breathalyzer on board and can conduct field sobriety tests. Lt. Junior Grade Paul Grotelueschen said it's a team effort to catch drunk boaters.

"We're going to work with our local agencies to try and pass them off and have the same penalties enforced as if they were operating a vehicle on the roads," said Lt. Junior Grade Paul Grotelueschen.

From 2013 - 2017, 30 people were killed in Wisconsin in alcohol-related boat crashes on Lake Michigan. Another 53 were injured.

The Coast Guard is part of a nation wide effort to reduce alcohol-related boating crashes.

"In which we do an intentional number of boardings every single year to try and cut down on people who are intoxicated on the water," said Grotelueschen.

The Coast Guard has a message for those heading out on the water.

"We understand that this is Wisconsin and that it's a part of the culture and we want people to enjoy it, but understand that on the water it's just as dangerous as being on the roads," said Grotelueschen.

Here's how Wisconsin compares to other states when it comes to alcohol-related boat crashes.