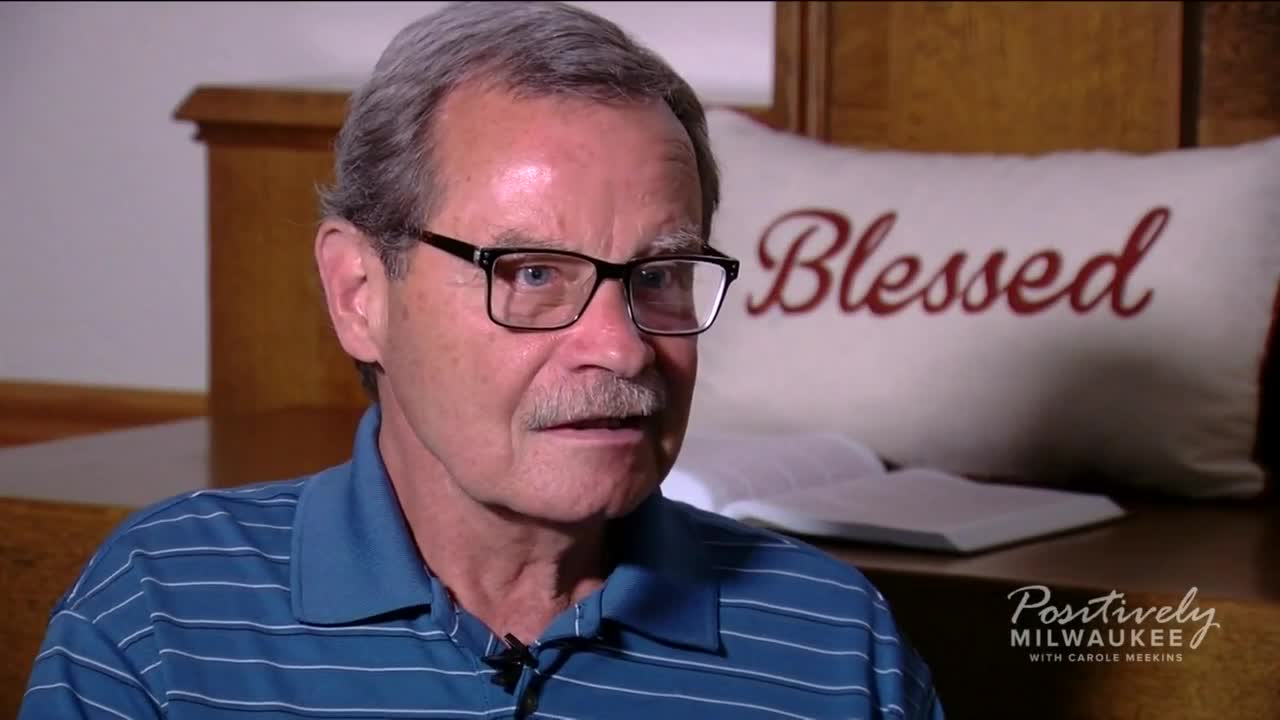 One man over came addiction, time behind bars, and two divorces. Now, he runs a food ministry that feeds thousands.

"I started drinking my senior year in high school. I would say I was probably addicted to cocaine the first time I did it," said Capper. "I used to sell a lot of cocaine in the city. I used 4 top 5 hundred dollars worth of cocaine every day."

As Capper describes his former life you wonder how he's not dead.

" I would smoke marijuana from the time I got up till the time I went to bed. I used to do lots of drugs. Cocaine was my drug of choice and lots of alcohol and lots of marijuana," said Capper. "I used to smoke 3 packs of cigarettes a day. I would drink pretty close to a quart of tequila a day."

But after being addicted for 39 years, Chris Capper turned his life around. He says it was not him, it was God.

"I was in the house of correction the second time because I didn't learn the first time. So God put me back in there and God said enough of you."

But the vicious cycle took a toll. It cost him two marriages and left him estranged from his 4 kids.

"I'm sorry that I hurt people along the way. I have 4 children, 2 marriages both ended because of drugs and alcohol. The youngest son still won't talk to me. I did not talk to my two oldest daughters for 30 years. "

After the second time behind bars, Capper's cravings for drugs and alcohol ceased.

"It's now gone in the other direction. God said you've done all this bad for all these years, maybe we should try to do some good."

Capper was hungry for a purpose. So he founded "Just One More Ministry." It's a food distributor for the poor. It started with only 20 loaves of bread. But today its impact is incredible."

"Last year God blessed us with a million and a half pounds, Even with the COVID situation our goal for this year is 2 million pounds Hopefully we will get close to that."

Quite a feat for a man once empty and lost.

"I was a pretty naughty person. I'm pretty blessed because my health as far as I know is good."

That's why Capper gives others a second chance. He's not afraid to hire employees with a record. Capper says there is no excuse for his past behavior. He had a great childhood and family though he dealt with loss early.

"I was brought up in Whitefish Bay. The only traumatic thing I had was my father passed when I was 12."

He admits, "I stopped going to church because how could there be a God who took my father from me at that age."

But Capper exclaims memories of his father are special and shaped his life today. He gets emotional talking about his late dad.

If he could see his father today what would he say?

Today Capper is making amends with the adult children he abandoned. His daughters have accepted him and even support his ministry.

"What beautiful spirits they are. They want to come to the ministry and volunteer although I hurt them to the core."

"I'm proud that I could be there for them now because I wasn't for 39 years. But I'm really really proud of their forgiveness and understanding and accepting me into their lives and their kids' lives."

But his youngest son refuses to open his letters. Chris understands his son's pain and wants his estranged son to know it was not his son's fault.

"When you are addicted to drugs and alcohol that becomes your God. You get up and say how and when will I get high. Do I have enough drugs, alcohol? What do I need to get high? You actually worship your addiction."

Today, Chris Capper only worships God, He's found his purpose. Not only to feed the needy but to lift lost lives through outreach. Last year "Just One More Ministry provided food to 780 thousand people. This year the ministry is on track to serve more than a million.

"We get to give all this food away to hungry people. We get to do this. It's an amazing thing we get to do here."

Through feeding the needy Chris Capper nourishes his soul and replenishes his heart.

"God just took the I out of me and put him in."