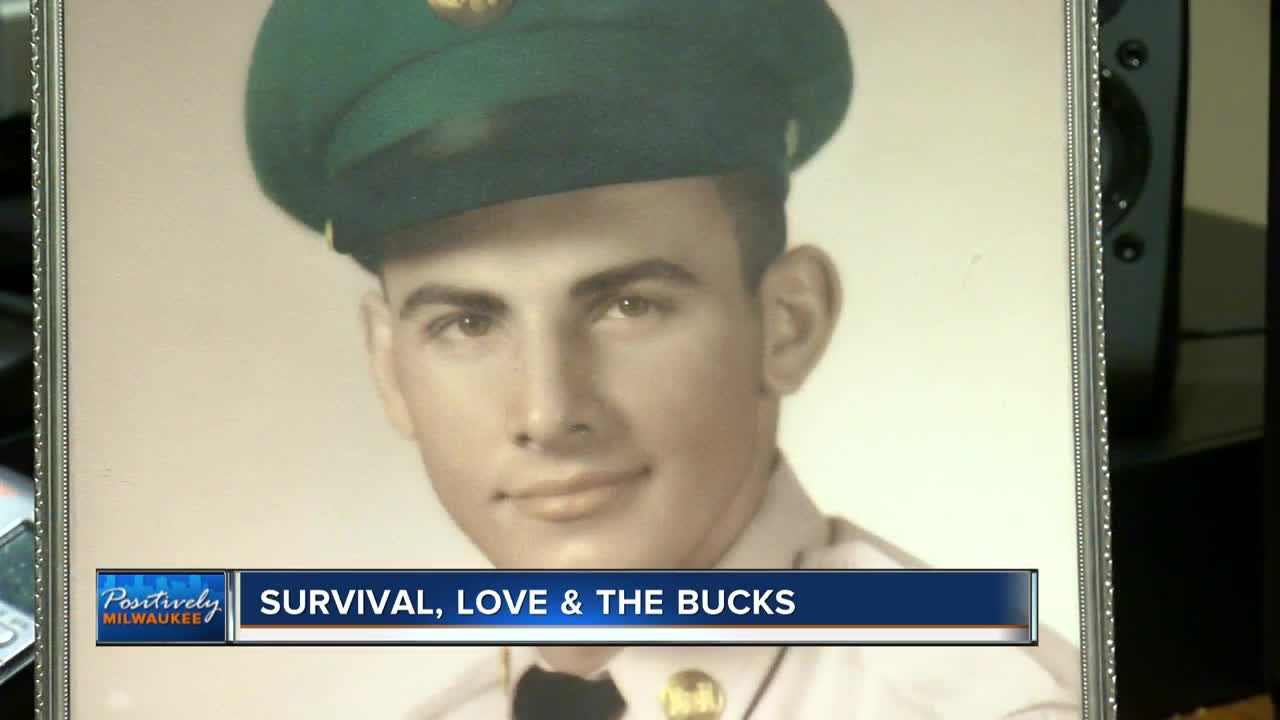 Tom Calvano is a rabid Bucks fan excited about the Bucks Playoffs.

He's been a Bucks season ticket holder for five decades. Tom Calvano is a rabid Bucks fan excited about the Bucks Playoffs.

Why has he been going to Bucks games for 50 years?

Inside his Waukesha home, a plethora of bobbleheads, signed basketballs, a Bango photo-op and even a picture with former President Bill Clinton at Fiserv Forum.

But Calvano's story is more than a tale of an avid Bucks fan, It's one of survival.

The Vietnam veteran was only 23 when a four ton concrete door fell on him at work. His life forever changed. Tom was paralyzed from the waist down. His wife Peggy Calvano adds, 'He shouldn't be alive let alone walking talking going to games. It's a miracle!"

The accident crushed Tom's dreams of becoming a professional athlete.

"I tried out for the Cardinals and the Braves down at Frame Park," he said.

Peggy Calvano did not know her husband before the accident. They've been married for 15 years.

"It was a package deal for both of us he got me three kids and two cats," Peggy said. "He got the worst end of the deal."

They met when Peggy, a dental hygienist, cleaned his teeth.

"It was pretty much love at first cleaning," Peggy said. "He wasn't hard on the eyes, but I fell in love with his personality, his heart and his soul!"

Peggy also noted something else when she met the love of her life.

"He's the guy who looked like Fabian and all the girls were all over him like a cheap suit," she said.

The 75-year-old even showed he had plenty of game at his high school reunion.

"By the time I got in there, there were girls sitting on his lap lipstick all over his face and then he introduced me as his fiancee and they all scattered," Peggy said.

"You're kind of like a celebrity when you go to the games," she said.

The Calvano's are couple who understand the real meaning of love. Reminding us that even when life throws you a foul, you can get back in the game with love and passion.