Pewaukee family reflects on life in the military 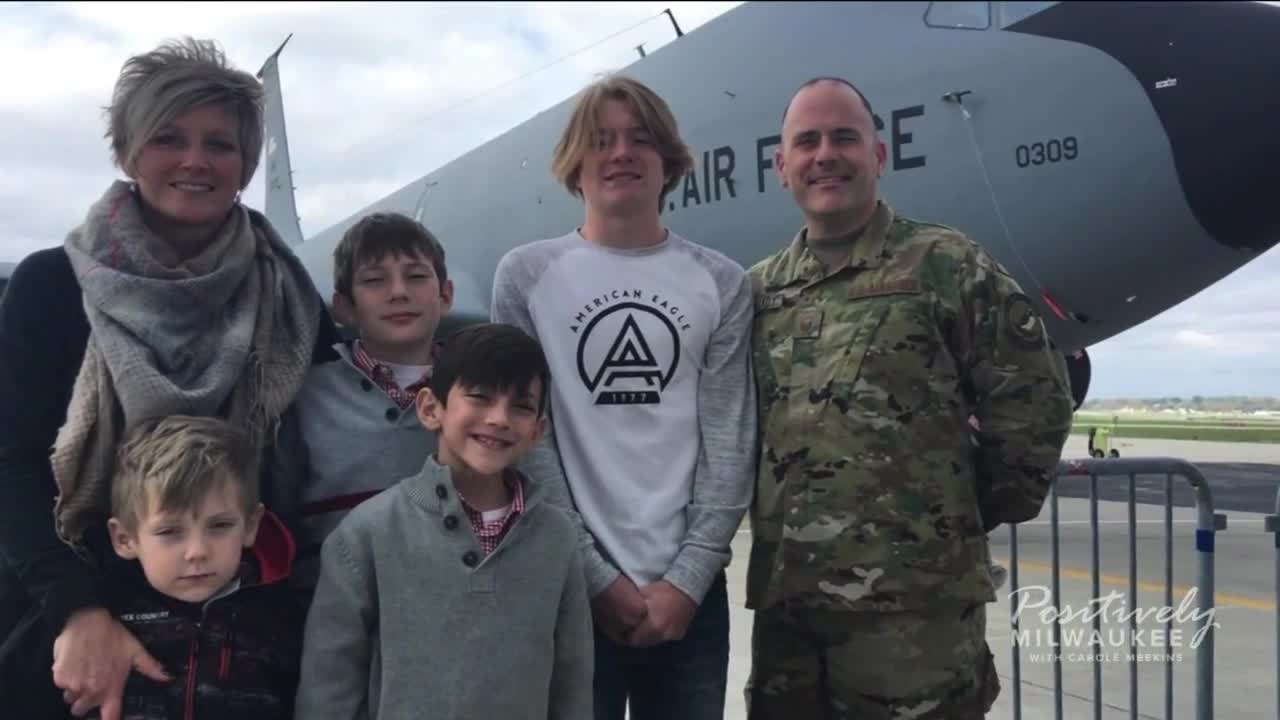 Our Carole Meekins sat down with one Pewaukee family who faces all the struggles that come with being a military family.

PEWAUKEE — Military members often spend months away from loved ones. The Lovelady family of Pewaukee is no exception.

Jon Lovelady is a Master Sergeant with the 128th Air Refueling Wing. For almost 23 years, he has traveled the world seeing places many people will only dream of.

"I've enjoyed every bit of it," he said, "I've been to Germany and that was one of my favorites."

To France, Spain, Korea, Saudi Arabia, the UAE, the far reaches of the Earth for some good deployments and some not so good. His last was in 2018 when he was gone for seven months.

"Obviously my wife is kinda generally more devastated than all of them, really," Lovelady said. "It's very hard. The military though has done a fantastic job of prepping us for these occasions."

Jon's wife Megan and their four boys are also prepped for what life might be like while Jon is gone.

"It's definitely hard caring for four boys when your spouse is gone. I had to lean on family," said Megan Burr-Lovelady, Jon's wife.

They leaned on family and their military family who became like a real family.

"We had Monday fun day so they would come over for dinners," Megan laughs.

But along with the laughs come some sad times when the boys miss their dad.

Megan made pillows with pictures of the boys with their dad. They could snuggle it when they missed him. But also helping them through the range of emotions was the USO.

"The base also had a monthly spouse communication meeting with monthly topics and different speakers. It was really wonderful," Megan said.

When it was time to come home there was reintegration training.

Along with the reintegration came excitement about dad coming home. Megan and her boys made signs to give Jon a hero's welcome.

But Jon notes when he's in uniform he appreciates the "Thank Yous" from people but he believes there are others we need to think about.

"The one thing I always caveat on to you know is, if I'm with my wife and my family is to thank them. They're the reason I can do this. They're my rock."